we're two weeks into summer break, the crazy hasn't yet hit, and yet it still feels like it's all going so quickly. 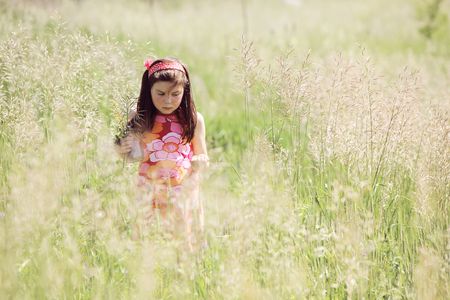 last night henry was at a friend's house for the night, and the friend lives right next to a local park, where a summer festival was taking place. they were planning to walk over and do some activities, eat some hot dogs, watch the fireworks. a typical summer night, and i'm amazed that he is old enough to do that without mom & dad. and yet, i'm also so excited for him, that he is entering this phase of freedom and independence.

at home, harper went to bed a little after 9:30 after a long day, begging that she really wanted to sleep in my room (where this has come from in the last year, i have no idea. but it's driving me crazy.) and that she just can't sleep alone. where i'm enjoying the view of henry's growing maturity, i'm hiding my head behind my hands at harper's abyssmal bedtime and mealtime behaviors. less than 20 minutes after getting her in bed, i started hearing the pops of fireworks. sure enough, harp came banging down the stairs, complaining about the noise and how she can't go to sleep because she's scared of it. i tried to reason with her that it was just fireworks, but that didn't work. so i went upstairs and told her to come into my room to look out the window. sure enough ... we could see a fireworks display going off in some 'burb on the other side of the lake. (i don't think it was from the same festival where henry was ... the direction wasn't quite the same.) and then someone who lives on the lake started to shoot off fireworks. as we were watching the display, a memory hit me: last summer, on july 4th, we had opted to go to the new neighborhood and see if we could see either of the nearby towns' fireworks displays, since they were, pretty much, in our front yard. we ended up at our former neighbor's house to watch with them, but after awhile, harper wanted to go for a walk. we walked down to where our house was being built, we climbed up the temporary wood steps to the upstairs, which was framed in but not yet walled, and we sat in what would be my bedroom and watched the fireworks going off across the lake. then we walked to the open area that would be the loft window, and we watched the fireworks from the local towns. and we whispered that next year, we would be able to watch fireworks from our house again if we wanted. a year later, we were doing exactly that. minus all the mosquitos.

about 15 minutes into it, i said, "harper ... look at the wild part of the yard!" (the above picture? taken in the "wild part." the back third of our lot was planted with native grass seeds and left to grow. i love it and have big plans for it ... i'm sure the neighbors aren't as sure.) she looked ... paused ... and then spotted them: "fireflies!!"

now, we've lived in minnesota for 15.5 years. we've NEVER seen fireflies. i'd read that we don't have them because we're too far north ... that the lights of the city interfer with their light communication ... but suddenly, we have fireflies. and my kids, who have only had the pleasure of chasing after those little fancy bugs a few times in their lives when we've been in indiana during the summer, can now add "fireflies" to this list of childhood memories.

and once again i was hit with how "right" things suddenly seem. this PLACE we've found for ourselves ... the being a part of a community instead of just existing in our own sphere ... the peace of living in a little lake town, full of bait shops and liquor stores, surrounded by farms, where everyone waves, and the night sky is dark enough for fireflies. this is the childhood i wanted for my kids. i understand that life is what you make of it, and you have to bloom where you're planted. and we've always done a pretty good job of it. but there's something so timeless about being here ... the bikes, the bugs, the local festivals, the kids walking down the hill with fishing poles, the kids on the corner with a lemonade stand, the neighbors who walk over just to say hi, the four-lane local grocery where the check-out ladies recognize you and chat. when we moved to minnesota, never in a million years would i have said that this town is where i wanted to be. we loved the city and the vibrancy and the opportunity. but you know what? yesterday, we drove henry 30 minutes into downtown, watched "blue man group," signed the "vote no" pledge for the marriage equality ammendment, grabbed a snack at brew pub on a corner, then came home, about as far - in distance and atmosphere - from The City as you can get. and both sides of our world came together in perfect alignment. you need the yin with the yang, otherwise that balance is lost. maybe that's why i suddenly feel peace and contentment: i was missing the yin-part of life. the part that was wrapped up in the fireflies.

time for common sense to rule the senate.

right now, every member of senate needs to listen to elizabeth warren. they need to put aside petty partisanship, and put aside their promises to lobbyists, and they need to seriously consider what their votes will do to our economy and our country.

wall street's money canNOT dictate what happens to this country. obama needs to put on his tough guy tighty whiteys and be the president and tell these guys that they canNOT let the gordon geckos of the world make the decisions. greed is NOT good; it's screwed over millions of people for the benefit of a few.

it ISN"T about socialism. it's about giving the people their money back. titans of business who can essentially ruin the lives of thousands of families in one selfish swipe should NOT be given multimillion dollar bonuses for doing so.

let some of our money trickle back down to us, asshats. you had your day in the sun. now it's time to be a little decent and let main street have its money back. people have very simple dreams, and the wall street ceos are making those dreams impossible. and congress and the senate are allowing it every time a wall street ceo lobbies them.