that thing i (used to) do
all that is left

my high/low for the day

i'm so tired today. so tired. friday, harper had school IN a school building for the first time in 13 months. she was so excited ... i was so excited for her ... but that 6 a.m. alarm was no bueno. it's been a long time since i've had to do that. on top of that, her new school is 20 minutes away, without traffic, so i get to add "commute" to my list of activities as re-entry into Normal takes place. before i picked her up, i ran some errands - another 40 minutes in the car, and after lunch, i drove her to get her first vaccine shot at a CVS an hour away. in a rain storm.

it was such a long day.

the quarantine year has made me soft.

there is nothing creative in my brain right now, but luckily i have this handy little "inspiration guide" in my office ... 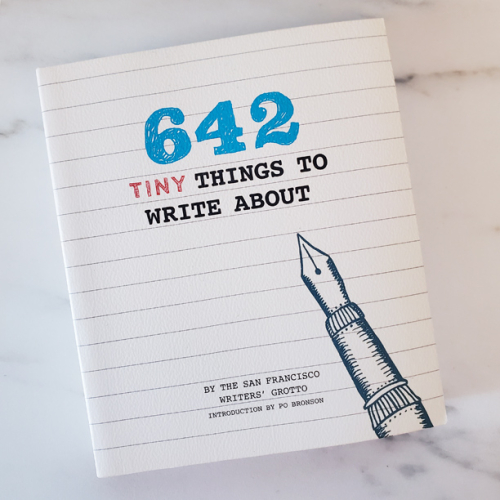 i opened a page at random, to see what topic i could and write about today, and this prescient little nugget presented itself: 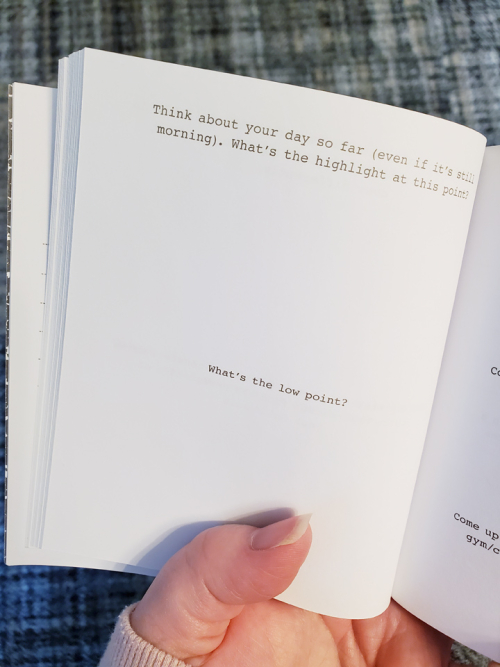 another weekend in pandemicland, and we are continuing various projects and tasks around the house that we can't stand to look at anymore notice as we spend, literally, every minute of every day inside these walls.

one project that has long been on the list is putting some sort of organization system in each closet. we decided to start with harper's because - just being real here - her closet is usually just a pile on the floor, everything she doesn't want to put away for real, or whatever she's told us she put away but really just tossed onto her closet floor. my hope is that with actual storage in her closet, things will have a place and she will keep it organized.

now, please understand that i DO realize this is likely an exercise in futility. i've always given her ways to organize ... large bins to toss toys in at the end of the day; specific bins for specific things so she can clearly see where things go and doesn't have to figure it out on her own; a dresser in her closet so at the very least she can jam stuff in drawers and call it a day ... and nothing has worked. her design aesthetic is somewhere between "creative chaos" and "hoarder."

but maybe now? a girl can dream, right?

yesterday, marc hung the support pieces, i painted the closet the same cheery peach as her room, and today we got the organizers up and everything put back in. it's lovely. i'm envious. i want to do EVERY closet now. 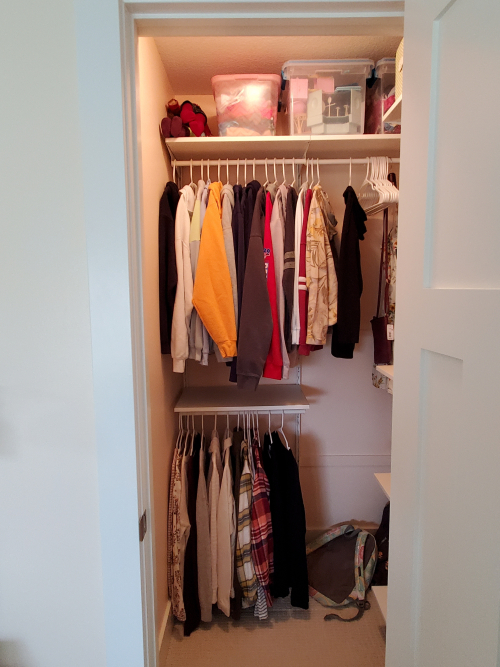 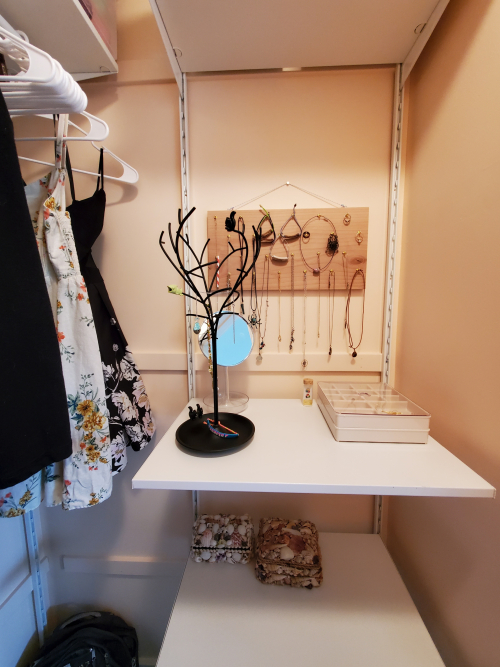 and today: our room.

i finally i found curtains that i liked, though, and ordered them ... and was given a four- to five-month delivery window. and back in february, i bit the bullet and went to a custom drapery and upholstery place to order the rods, because of course our windows are too wide to just order curtain rods from a normal place, like a normal person. again, about a two month delivery time. but the curtains arrived last month, i picked up the rod on friday, and today was the day! the rod looks beautiful, the curtains look beautiful, and i was so excited about sleeping in room that is fully dark for the first time in so, so long.

all of these things were total highlights for me this weekend.

what's a high without a low, amiright? gotta keep the universe balanced.

when the closet organizers were going up, i asked harp for her opinion on where she wanted things. i got a very dismissive, derisive, "i don't care!" from her super grateful little self. so that was fun.

then we moved on to the curtains, and discovered that the room slopes about half an inch, from east to west, which made it interesting to figure out where to put the brackets. then we discovered there are no studs on the window wall. i mean ...wtf?? but we did the math and decided 1/4" wouldn't be noticeable over 164", started to drill into the drywall, and discovered that there IS a header, so the top holes on each bracket are in wood. thank goodness. i was envisioning the entire thing pulling out of the wall over time.

but then marc started to put up the rod, and the screw that holds the rods together broke off as he was screwing it in. so: custom hardware, broken. store, not open until wednesday. and as i was putting the drapery hooks into the panels, i discovered flaws on one of them. so: panel, unusable. needs to be returned, and then i have to await the arrival of a replacement.

i mean ... swear to god. does any home project ever go right on the first try, with the first round of stuff you've purchased? because i don't think it has EVER happened around here. there are always multiple trips, returns, something broken or scratched or missing a part or a hole is in the wrong place or whatever.

we talk a lot about moving, about other places where we would like to live. as we were getting through our day, though, i told marc, "it's taken us nearly 10 years to feel like we finally have this house 'finished,' and every project goes less than smooth. as soon as i get the urge to move and do this all over again, please remind me of this nonsense."

and he fully agreed.

we just couldn't agree if we were going two steps forward, one step back, or one step forward, two steps back.

The answer is definitely no...home improvements never ever go smoothly. And they always take way longer than you could've imagined!

It's interesting noticing how we just get used to having to do things like getting up early and leave the house and how the body just lets it go as soon as it can! As a face painter, I used to be able to paint for 5 hours straight but now, on the rare occasion I can actually go facepaint seeing as my industry pretty much died, thanks COVID, I can barely paint for 2 hours now!

Great work, you got there in the end.

Congrats on the closet! Seeing that finished gorgeousness sure was soothing! I feel you on house projects. We've been in ours for about a year and a half and there are still SOMANYPROJECTS!

I could live in this post. I love purging and then organizing what is left.
That "what to write about" book is such a good idea!

The closet looks great! I’ve been trying to get my husband to sort his wardrobes out (yes he has two!). No, nothing goes right here first time either!