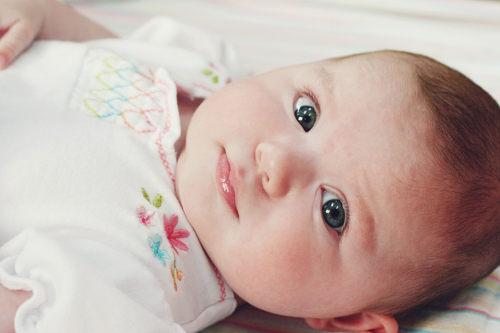 when my baby girl was born, i had some ideas of what to name her, but it wasn't until i saw her little face that i knew for sure: harper.

she was three years old the first time she told me she didn't like her name. she thought she would prefer to be called rainbow sparkle my little pony. i talked her out of that.

for the next 12 years, she would occasionally tell me she didn't like her name, didn't feel like a harper. and every time she misheard her name when someone was saying "parker" or "piper," she would become embarrassed and more annoyed with her name.

she mentioned numerous times that she wanted to change her name.

and this week, she asked that we finally, formally, please call her elizabeth.

to be fair, she is starting a new school where no one knows her. she has two more years at this school to try it out, and the school is full of kids trying on who they think they are, be it a new name, new hair color, or new gender. the teachers and administration and classmates are supportive, open, accepting, and nonjudgmental. it's really the perfect time to give this new name a go and see if it feels more her.

on the day that she asked me if i would please stop calling her harper, i told her that if, over the next two years, she feels more comfortable in the skin of elizabeth than she has as a harper, upon graduation we can do the paperwork to change her middle name to elizabeth, then she can decide whether to tell people she goes by her middle name or reclaim her original name as she moves into the world.

her names were given thoughtfully, with reason. but to her point, we gave them to her. we had to name her before we walked out of the hospital. if she's going to live her life, she wants the choice of what she answers to. i can respect that. i'm a michele; growing up in the 80s, every fifth girl was named michelle ... right after the jennifers, amys, stacys, and heathers. i get it.

her dad is struggling with it. not that he doesn't like the name elizabeth or feels particularly wedded to harper (heck, he wanted to name her sam or julie, so i don't think he really cares either way WHAT her name is), but he is worried she's being influenced by the environment in her school that encourages self-discovery. well, buddy, welcome to Gen Z ... especially Z-ers at an arts high school. they're gonna experiment, and they're gonna find themselves, and by god they are going to be better off than we were in the Knowing Who They Are game.

what i would have given for radical acceptance and freedom and support. i wasn't even allowed to get my ears double pierced until i turned 18. (guess who's making an appointment to get about five new holes in the next week or so? i'm learning so much as a 47-year-old.)

i look at these kids fighting through the generational layers of rules and suppression, and i have to think they are going to save us all. when you aren't dealing with your own shit on a daily basis, you're much more free to love, accept, and change the world. 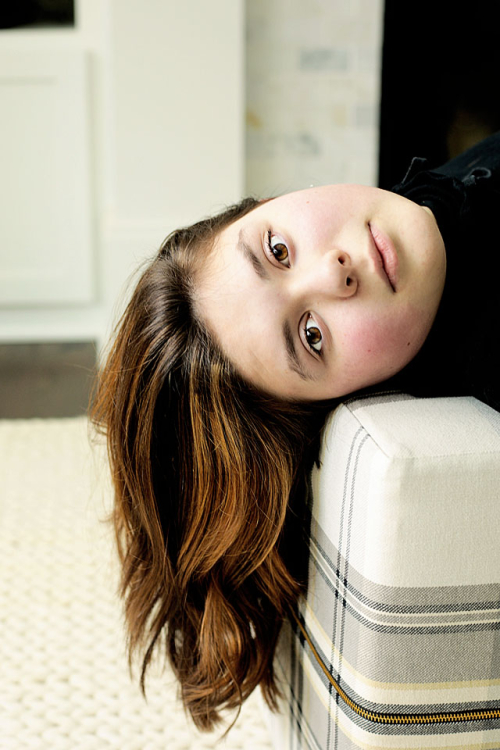 I love this story. I think open minded acceptance is the only choice we can make...Just loving them for who they are.

I love this. How awesome you are open and she is able to tell you how she feels. You listened and helped her. Not many children would be able to do this. You are special.

As a numerologist that calculates charts based on how my clients speak their names, I find names fascinating. Most of us never formally change our names - we may assume names through marriage or something like writing but that’s not the same. Those of us that do are effectively closing a book in this incarnation (if you believe in reincarnation). If she does make this formal, she’ll be taking on a whole new energy pattern - I don’t know her but I’m so very excited for her 😍✨☀️

I can totally relate to what she is feeling. I never felt like my name either.
My father wanted to name me Diane in honor of his late sister.
My mother was having none of it. She intended to name me Lisa Marie after
Elvis's daughter. But as luck would have it, her friend gave birth a few days or so
before I was born and named her daughter that. My mother wasn't happy about
that and so changed my middle name. In the first grade I tried to add an "e" to my
middle name, that didn't go over well. At about 12, I wanted to be called Elizabeth.
Yeah, that didn't happen either. I still don't feel like my name fits, but maybe I am
learning to accept it.

I love everything about this post! Hooray for Elizabeth! And that radical acceptance and the open space to seek and experiment. Beautiful!

Oh to be a teenager now that's being influenced by all around and in a social setting where it's encouraged to be different than what you are born as, named as etc.
Changing schools is the perfect time to try this, she can create her identi6and be who she wants. Her given name could remain and she has a 'pen name' until such time as legally it can be changed of she wants to.
Our daughter did the same when she changed, but she just shortened her name. Legally she is the same but school use her shortened name for everything.

I don't think anyone likes their names when they are young do they?
Great to see dad supporting even though he doesn't understand it...

Well done Elizabeth on deciding on your own Choice! I’ve wanted to change my name for years (in my heart I’m a Mabel).

I’m so pleased she has been supported ❤️

"...they're gonna find themselves, and by god they are going to be better off than we were in the Knowing Who They Are game."

I think they're going to save us, too.

What a delightful post. Yay for your daughter and yay for you for understanding and accepting her as Elizabeth. I agree ith you about giving kids the right and freedom to explore and find themselves with suppression so they can more quickly get their shit together. Your daughter's beautiful spirit shines through in both photos, whatever her name. Thank you for sharing this. Please wish her all the best in her new school. I'm glad you've helped to give her the gift of a name she feels more comfortable with...and that she had the courage to enforce it.