i need to complete this round-up of our trip to ecuador before the chaos of thanksgiving/high school swim season/christmas/end of school year/graduations/first grandchild hits. because yes, it will probably go that fast.

just had to get that out.

the last couple of days in ecuador were a mixed bag. we were exhausted, we all took turns being sick for a day, and our enthusiasm waned. because of that, some of our plans got altered, and things we wanted to do and see got nixed. but before we hit the wall, there were a few really nice moments.

during our first week, we were able to have dinner at the home of one of marc's closest friends. matt and marc grew up together, matt attended college about an hour away from where marc and i went, so the guys were able to keep in touch and i was able to get to know matt. he was the best man in our wedding, and before that there is a long story involving spring break, a ratty shack on the beach in florida, and matt literally saving the day for me and my dear friend by letting us crash on his couch for a few days. needless to say, we love matt. he married a few years ago, and he and his family now live in quito, and he teaches at the academy where he and marc attended high school. his wife is lovely, and his kids are pretty great. harper and his eldest daughter totally clicked. 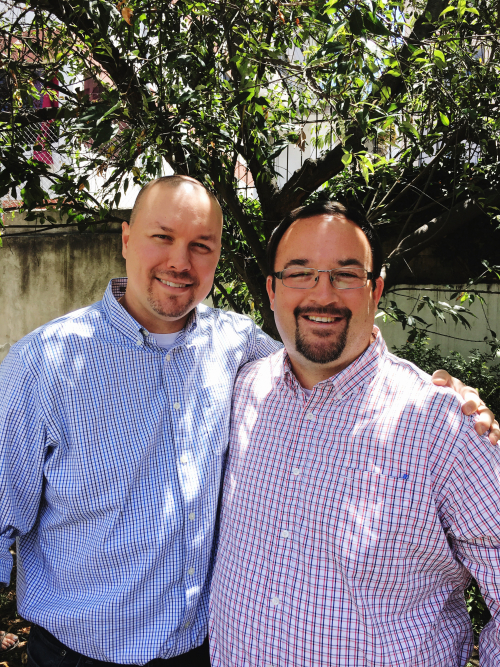 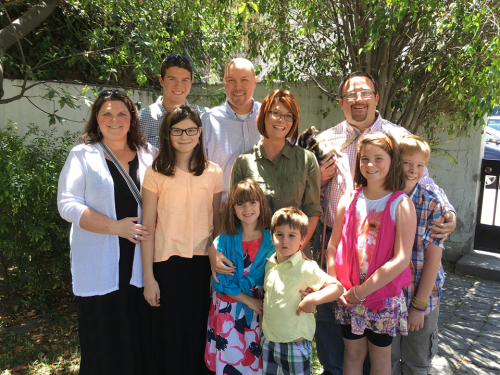 we also did a little grocery shopping with harp, and she had fun looking at all the strange fruit. she's the pickiest eater, but she'll eat any weird fruit you put in front of her. i guess that's a good thing. 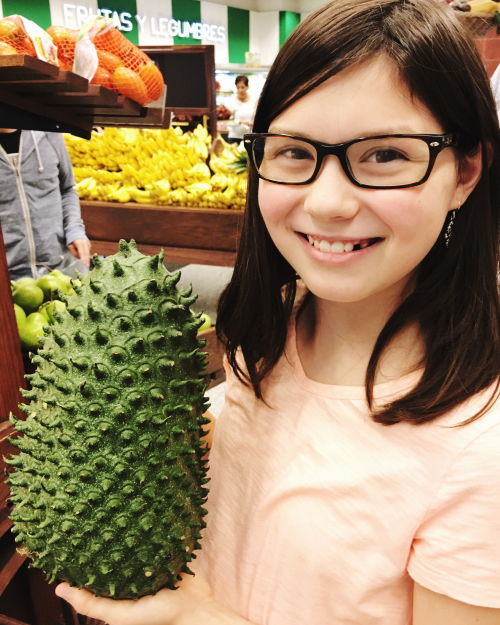 and she got her first haircut from aunt hannah. 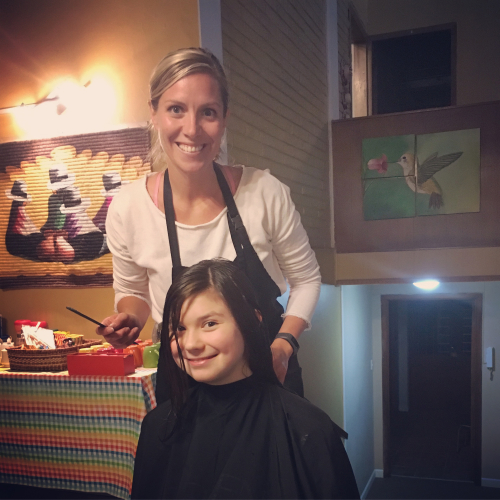 on our second to last day, we walked from the guest house to the academy, so marc and steve could show us where they went to school. matt was there, too, and gave the grand tour. harper's stomach was starting to bother her, so we missed most of the tour, but saw the best parts:

the gym ... where marc spent most of his waking hours and, apparently, was a god ... he said the locker room felt a little smaller, though ... 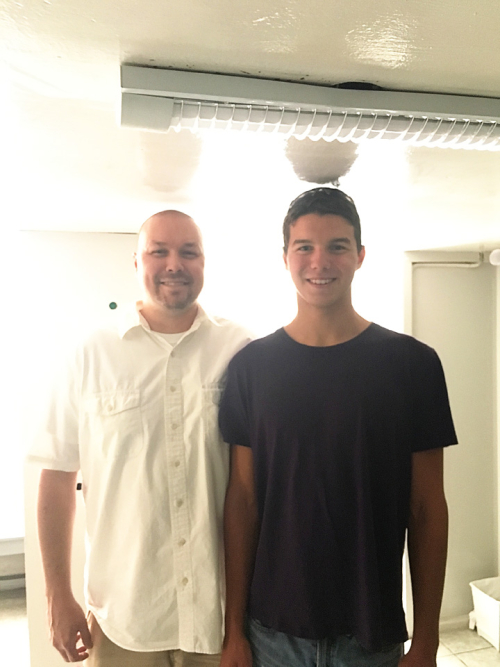 and his locker is still there ... 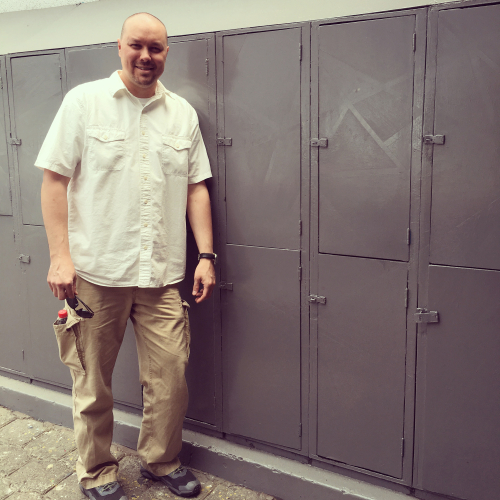 the last Must Do before we headed home was the teleferico ... a ski-lift/gondola-type ride that goes 1000 meters up, along pichincha. because harper was afflicted with stomach issues, and she isn't one for heights anyway, i stayed back at the house with her and hannah while the guys took the ride. i gave marc my camera and crossed my fingers. and being guys, about all i got from them about the trip was, "it was cool" and "the view was amazing." so just keep that in mind as you scroll through the pix. 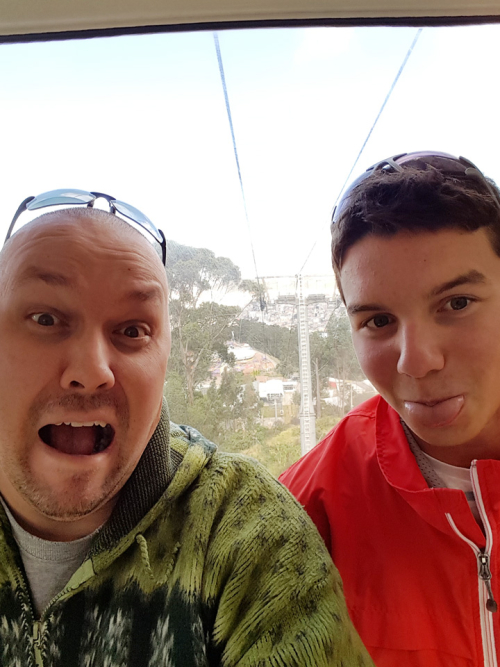 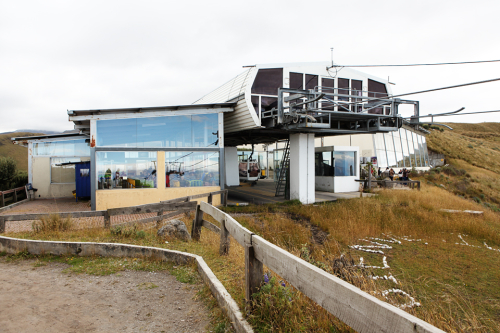 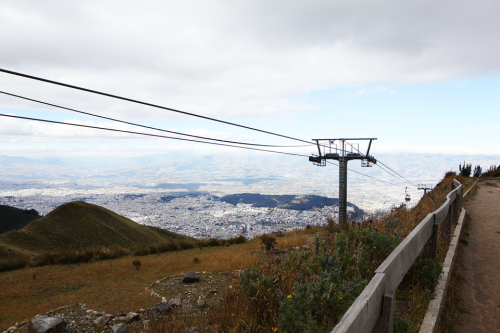 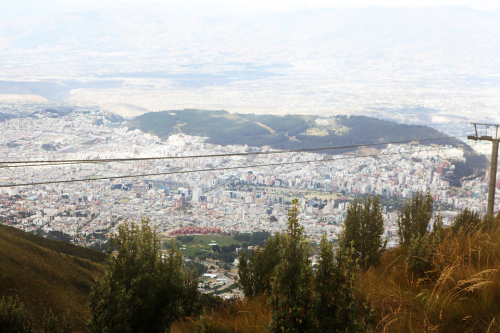 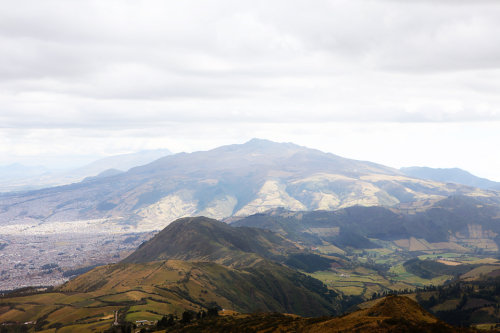 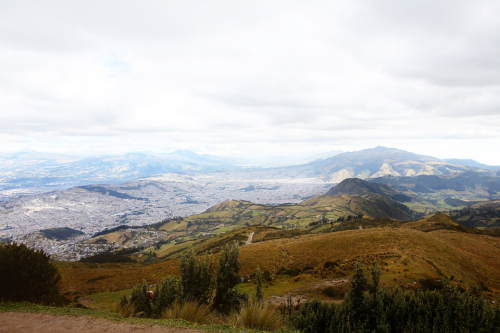 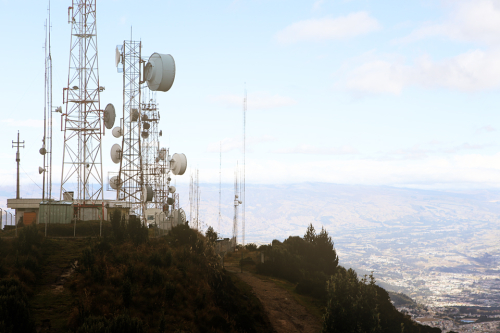 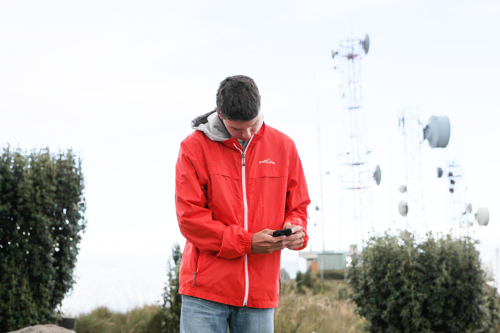 (with all those antennae, there MUST be a signal ...) 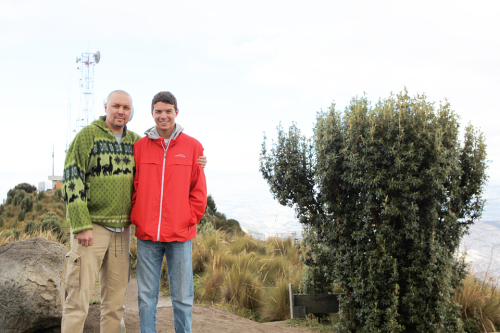 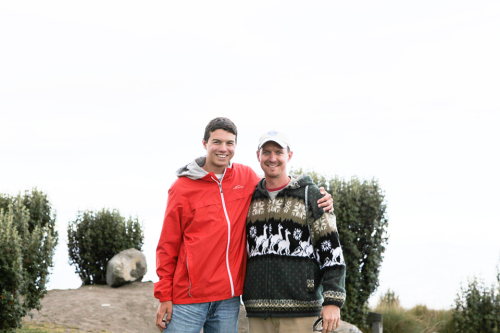 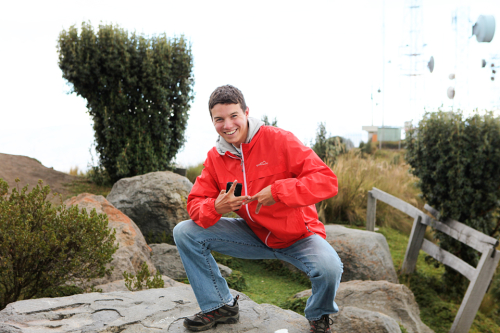 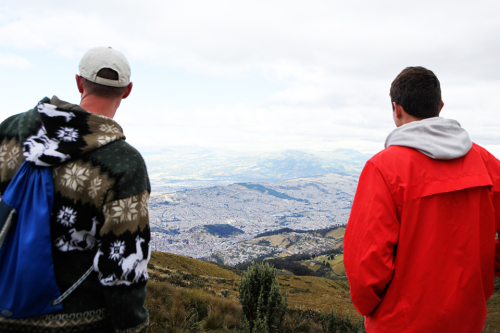 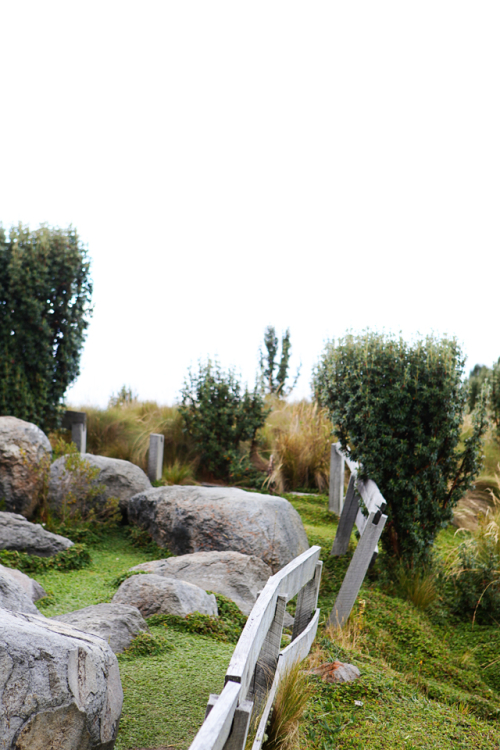 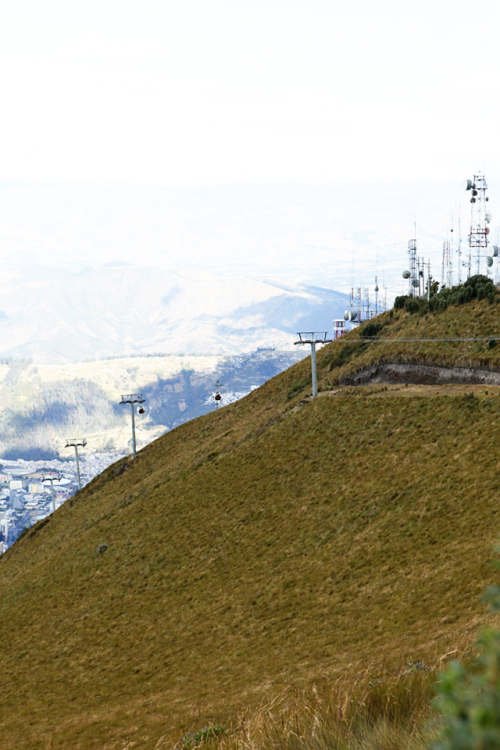 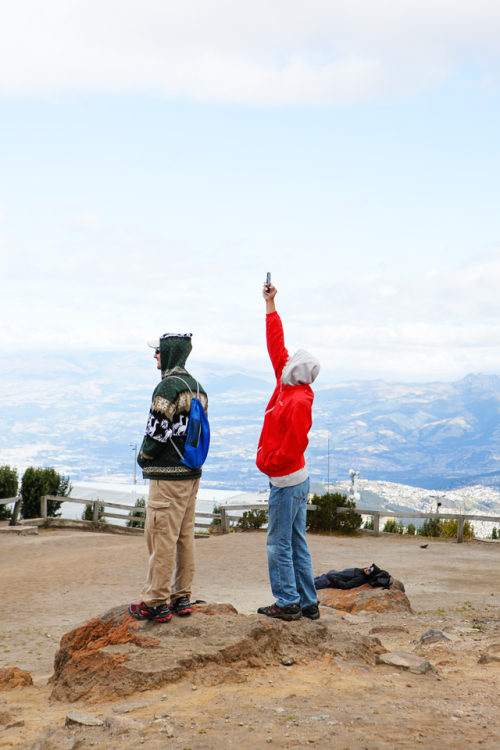 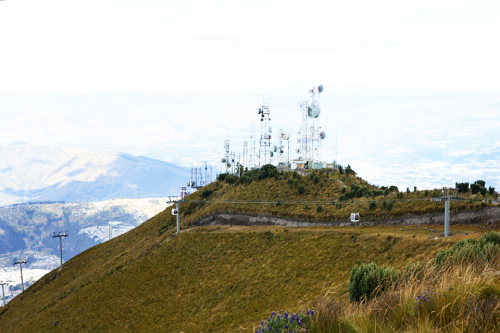 and then they were home. since the boys got to have an outing, hannah and i took one last cab ride to an artist market in downtown quito for a few more souvenirs, and ended up with some lovely earrings that we dubbed the "sister earrings." (hey ... if the boys could have their fun ...)

and then that was that.

our flight home didn't leave until 11:30 p.m., so we spent our final day doing laundry, trying to fit all the souvenirs (marc bought one suitcase-worth of snacks) into our bags, playing some final games. as the sun started to set, harp and i said one last farewell to cayambe ... 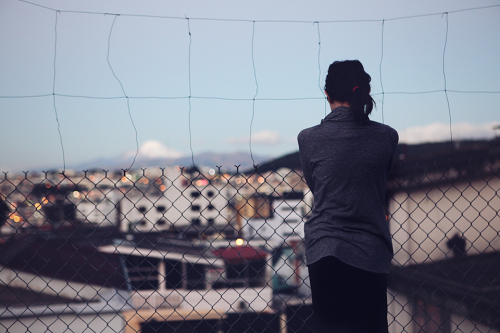 and then it was over.

we boarded our plane, and soon everyone was asleep. well, almost everyone. i can't sleep on planes. which means i got to see panama ... 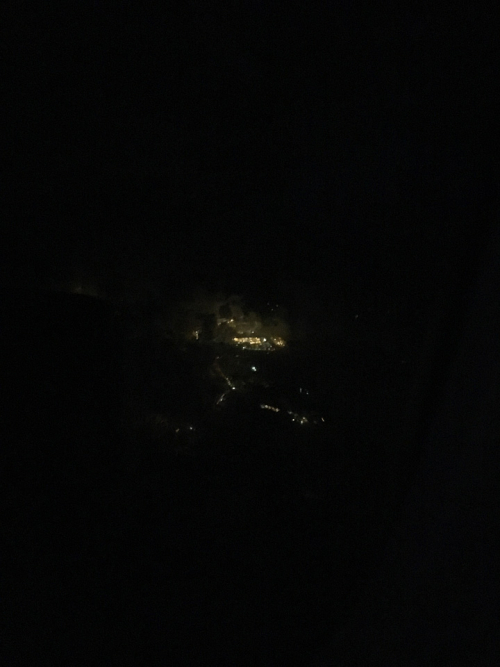 and cuba, which i actually woke henry to see, because he did a school project about taking study abroad in cuba and now very much wants to go. and also, we could see cuba! 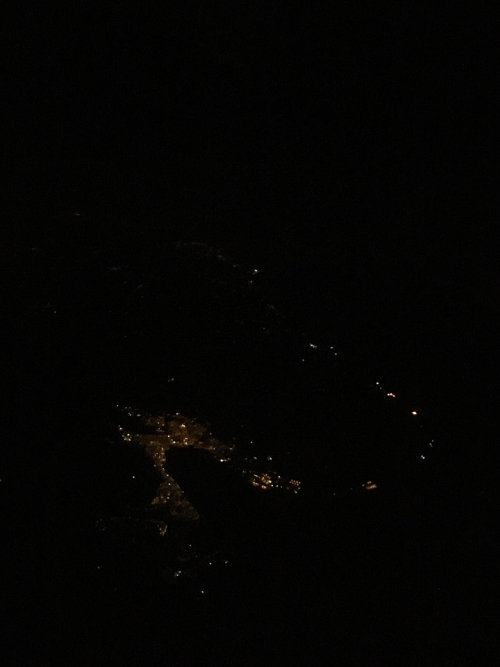 then there was lightning over the florida keys ... 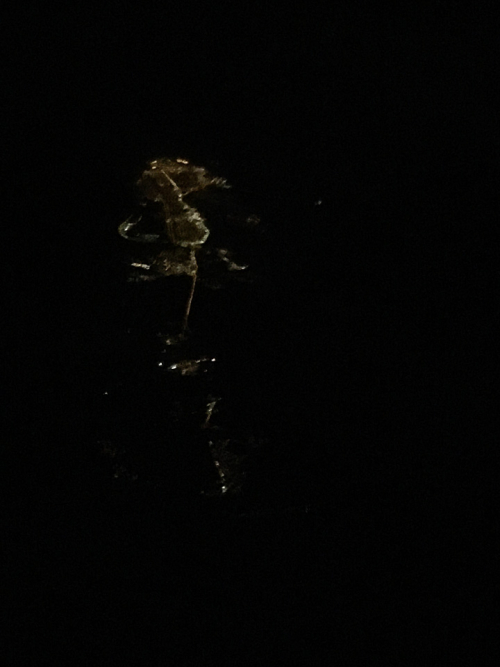 a super quick stop in atlanta ... (like, 90 minutes to deplane, get through customs, get to our next gate) ... and then we were on our way home.

and that's the end of the story. thanks for sticking it out.