i'm finally doing some things on the house front. spring has lit a fire under me, and i'm ready to finish some projects.

one that's been looming for the past 18 months is the master bathroom.

there's this nook where the toilet is ... 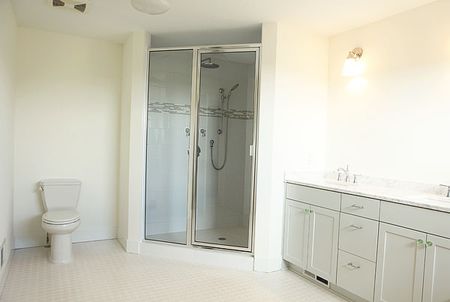 and after we moved in, i found this photo on pinterest and got totally inspired:

so nearly two years ago, i found these groovy brackets at anthropologie: 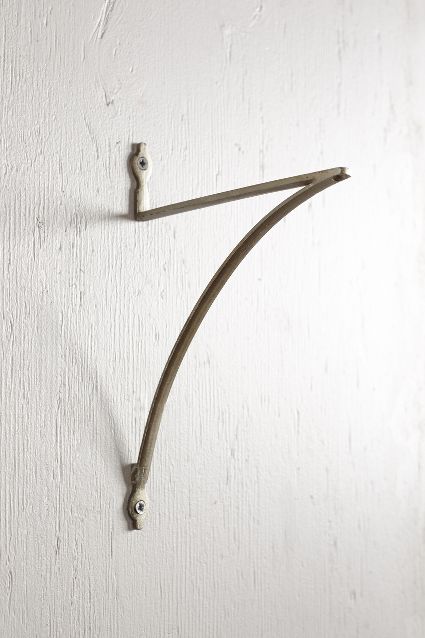 i had this great idea to put them inside the nook to create a sort of arch with the shelves. it was going to be super cute.

nothing. finding a time to buy wood, cut and sand, prime and paint, hang ... turns out, that's the hardest part of home projects.

and, ta-da!! the reason i'm not a home blogger.

but the shelves are finally up ... 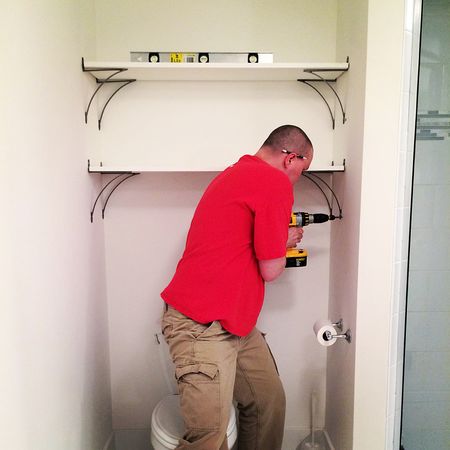 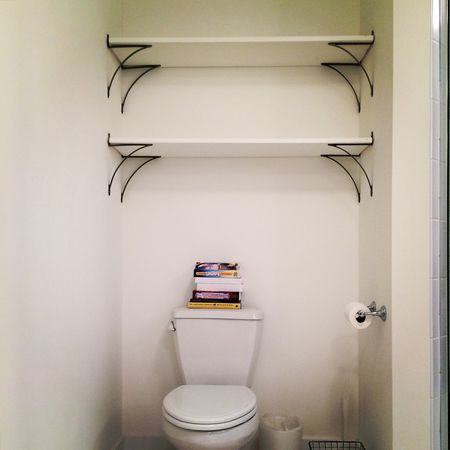 and now i'm tweaking and fluffing the pretty stuff. i'll get a pic of that up for you soon!

the past four months have gone by so quickly that i didn't mention henry's high school swim season at all. well, one quick mention at christmastime, but that was it.

he has enjoyed high school swimming so much over the past two years, but this year it was officially High School Season because he is now, officially, in high school. he truly felt more like one of the guys, and even found that many of them forgot he was only 14 because he's been competing with them for the past two years, and competed at the varsity level with them for much of that time. 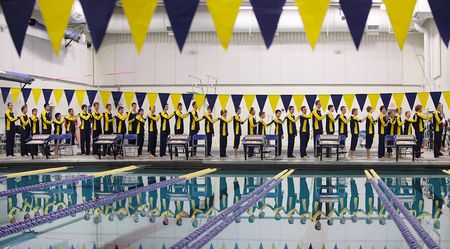 this year i got texts from him like, "the team is going for breakfast after practice. i have a ride," "austin is giving me a ride to the pasta dinner," "i'm going to stay and hang out longer. i'll let you know when i'm ready."

not gonna lie: those texts threw me for a loop. my baby? "catching rides" with the guys? that's a hard, hard thing to accept when it comes at you the first time. however, i had to let him. it's time. now, we did have a bit of a disagreement when he asked why he had to ride the activity bus to practice after school instead of riding with The Guys, but we had our reasons. safety, obviously (being a winter sport, i was a little paranoid about teen boys and winter driving), but we also don't want him to be completely wrapped up in the upperclassmen group and forget to keep in touch with the younger (ie his age) swimmers. at some point, these upperclassmen will graduate and he needs to still have that connection with the kids his age. and, in true henry fashion, he said that he understood, and okay ... he'd ride the bus.

(have i mentioned how much i love this kid? zero push-back ever.)

in the pool, however, he was with the Big Guys. he would train daily in the fastest lanes, with the fastest guys. he was exhausted, to be sure, but he said he was keeping up and loving the challenge. he felt proud that his coaches were recognizing he could swim at that level, and was determined to prove he belonged there. 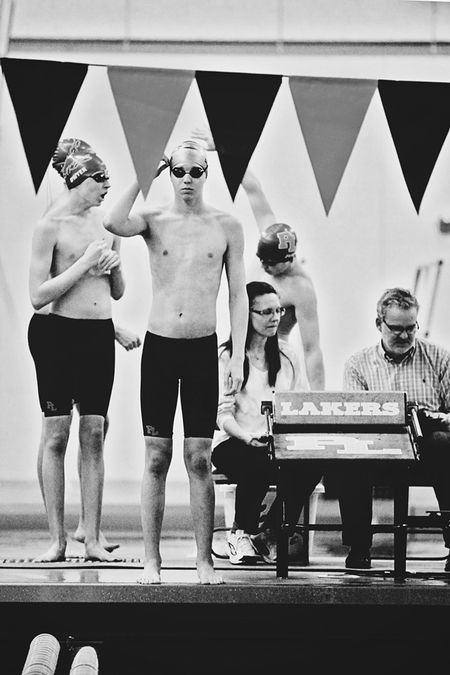 and he so belonged there. if he didn't truly believe it at the beginning of the season, he knew it by the end. 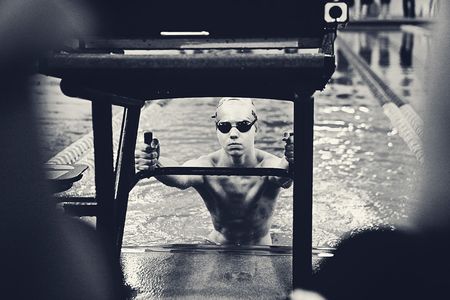 he was 110% determined to make letter times this season, since he was so stinkin' close last year. he actually got a letter time in the 50 free last season, but got it in a relay so it didn't count. which made him crazy.

first meet of the high school season, he not only got a letter time in his 50 free, but also in the 100 free. and he was pumped. 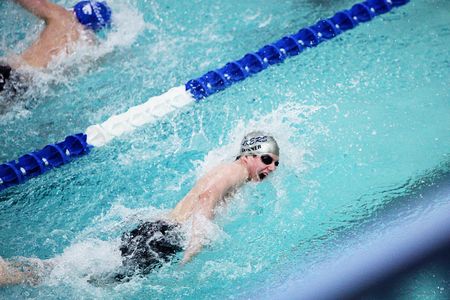 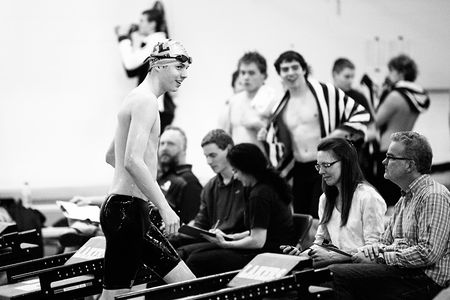 for the rest of the season, he continued to drop time in his 50 and 100 free. and his 100 back, which has been kind of stalled for awhile, also improved, and he finally broke the elusive 1:00 mark. and earned a letter time in that, as well. and then the 200 free, which he never liked swimming ... he swam that at a meet and boom: another letter time.

he was so pumped. best part - two of his buddies on the team swim the same events he does, and they tend to go back and forth with each other, always on the others' toes. it was so fun to watch them gather immediately after a race to hug and congratulate whomever happened to finish before the other that week. 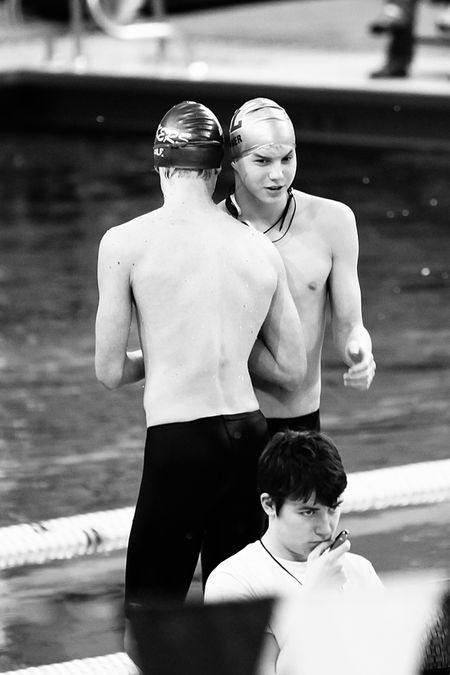 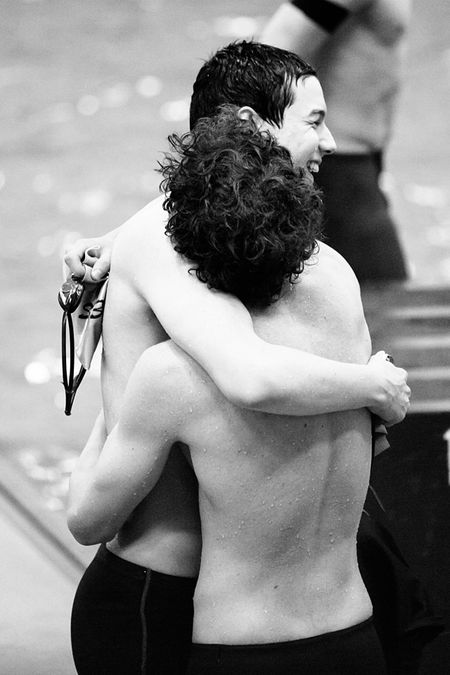 his team and coaches had a successful season. one of their big meets is True Team Sectional - a preview of sectional, and only the top four swimmers in each event participate. lakers won again this year. 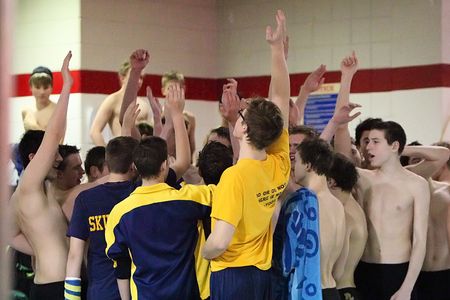 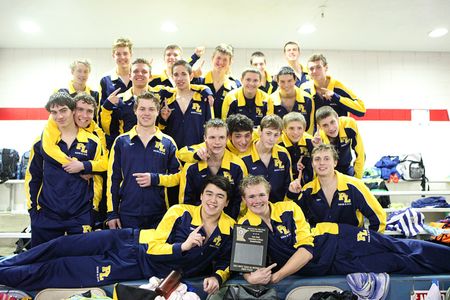 and henry made it to True Team State at the U in all of his events ... and got his best times at that meet. 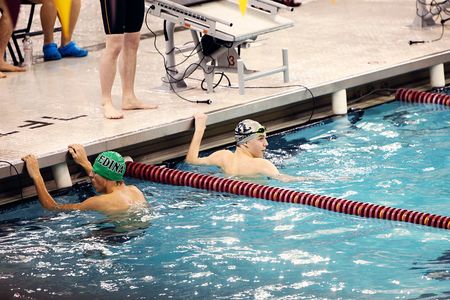 the guys lost only one home meet through the season, won True Team Sectional, and then went on to win their sectional, as well.

the medley relay is the first event of a meet, and his team swam their hearts out. each of the swimmers stepped up and dropped time, and at the end of the race, the laker team was less than a second from state time. they just missed it. heartbreaking, but they were all so proud of themselves. and henry? henry swam the freestyle leg and dropped time on his 50 free again ... :21.9. state cut time in the 50 free? :22.11. he was beyond excited. 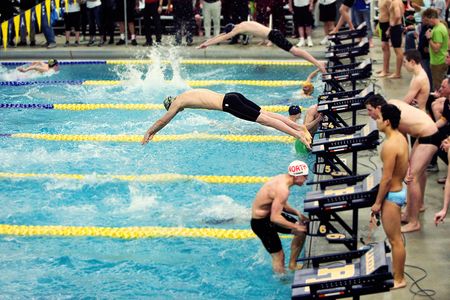 unfortunately, when the 50 free finals came around, he just couldn't get the same momentum going. he ended up placing seventh overall (which, hello ... seventh place his freshman year? not too shabby.), with a time of :22.98. he was disappointed, but one thing about henry: he is always philosophical. he told us later, "well, i got the time in the relay. now i know i can do it next year." 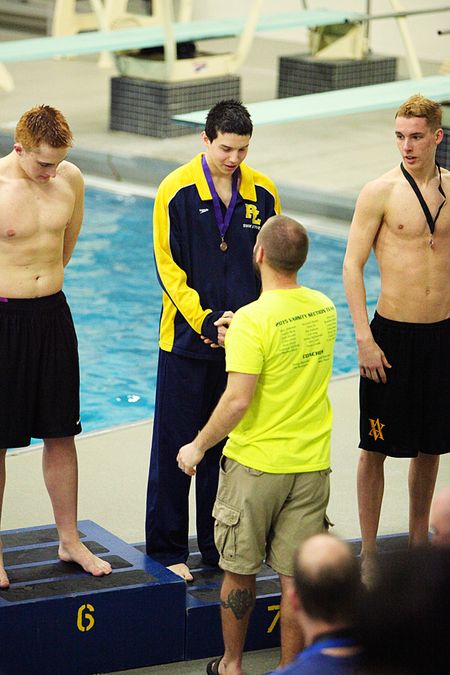 (also in the back of his mind for next year? at last year's end-of-season banquet, henry's coach compared him to another swimmer on the team, saying that he went from a "nobody" to a break-out swimmer that season. and this year? that kid won the 50 free and the 100 free at sectional, and got a new school record in the 50. his time? half a second faster than henry's best time. and of the top 16 swimmers in this year's state finals in the 50 free, 11 of them are seniors.

henry is quietly gearing up.)

but back to sectional.

after the 50 free, he then swam the 100 back. he had just barely broken 1:00 during prelims, and in finals, he went down another half a second. he finally broke the 1:00 curse, and again placed 7th overall. 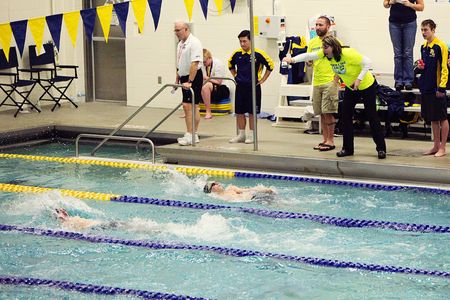 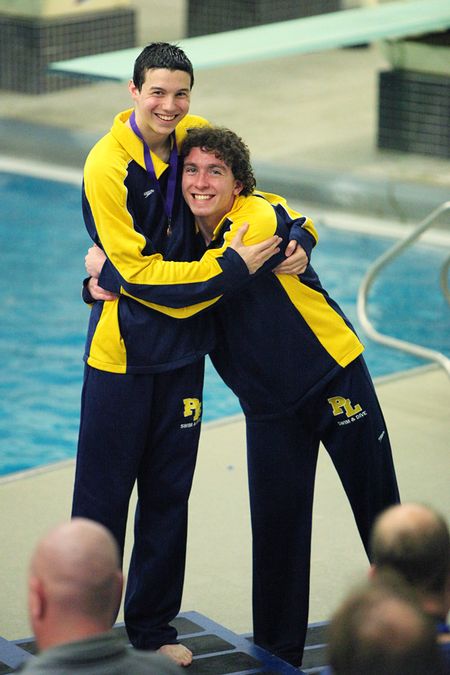 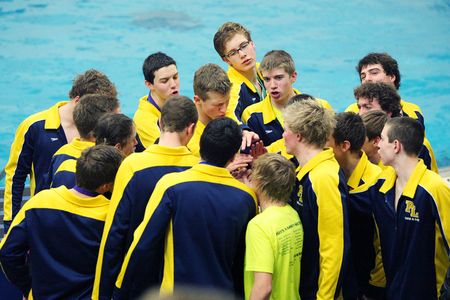 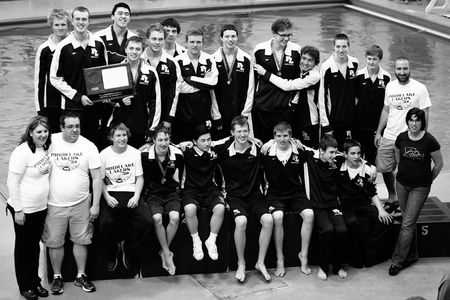 i think we were a little sad and a little relieved at the same time that the season was over. it's amazing how quickly three months can go.

henry was asked to be an alternate for state, but he was exhausted and declined. since then, he's been enjoying a month of swim-free afternoons and weekends. he takes only two months off a year from the pool, and is very serious about having those two months. next week he starts back up with club, and this weekend he will start a 14-week clinic, lead by a former-olympic swimmer katrina radke, and her former-olympic coach husband. he will tweak his skills, learn techniques for stretching, flexibility, strength training, learn more about the psychological component of racing.

i spoke with katrina when i was signing up henry for the clinic, and she asked me about his best events and times. i told her, and she said, "whoa ... he's already there at 15? we'll get him prepared to go :20 or even :19 in the coming years, and he'll be under :50 in the 100 free by next high school season, for sure." when i told henry about her confidence in him, he got a big goofy grin and said, "that's the plan."

his focus is set, and the target is locked. and i'm excited to see where he goes from here.

(footnote: at the banquet the other night, all the swimmers got a book of the team's accomplishments and times. henry is the current record holder for time swum by a freshman in a 50 free in a relay. he was a little shocked by that, especially when he saw the names of the guys under him. and he is ranked on the all time top 20 list in the 50 free (20th) and 100 back (15th). so proud of this little guy. oh - and he got that letter jacket.) 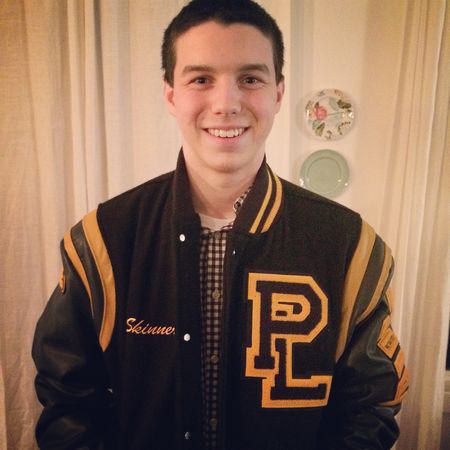