lately, i've been preoccupied with the "have to" items ahead of me, and it occurred to me that if i look at everything as a "have to" i will get overwhelmed and throw in the towel because i feel like i can't get it all done in the manner and/or timeframe in which i want them done.

i've begun to jot down rough drafts of the sort of daily/weekly/monthly planner that would make all of those lists bite-sized and therefor less intimidating and overwhelming. i'm just about ready to make the pages i need and print it out and get going. 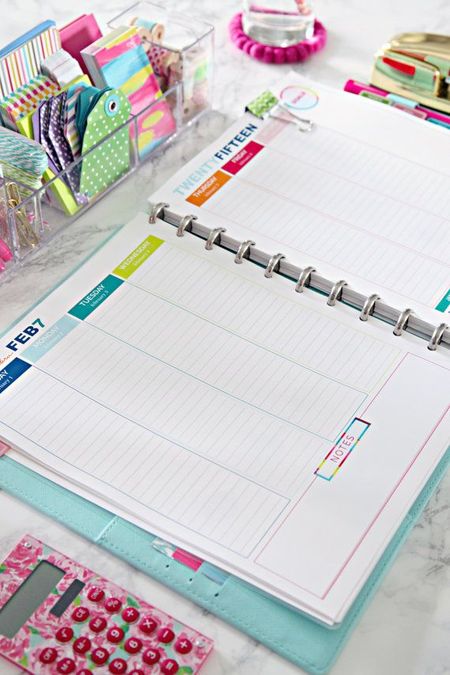 during the process, though, i've realized that a) i miss writing things down in a planner that i can flip through and organize and change ... i'm just not a "gadget" girl; and b) i need to see both the big picture as well as smaller lists that feel doable; the have to and need to and want to items.

back in the day (college) i was attached to my day planner like it was my lifeblood. in fact, it kind of was. keeping track of school work, work schedule, deadlines for the school paper, activities, volunteer hours, etc., was mandatory. i had a large month-by-month calendar on my desk for further out deadlines (the "big picture"), but i also had my book-sized day planner that didn't leave my side. it included multi-color highlighters for different things, multi-colored sticky notes, and every last bit of information i could possibly need at a moment's notice. i was hyper-organized. 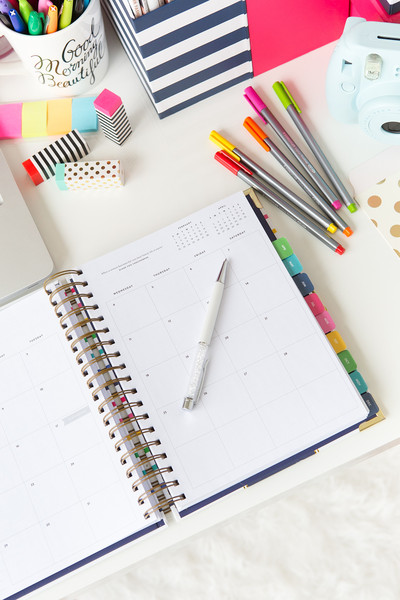 marc mocked me a bit for it, but i didn't care. i needed that book like it was crack.

after graduation, my planner became much lighter. while i needed to keep track of work and life things and wedding planning, i no longer had all of the class and social commitments. and five months later, when we were married and moved to minnesota, i had literally nothing to write down. i got out of the habit of needing my organizer. i moved from an extrovert, super Type A person to a much less organized, much less harried, much more "relaxed" personality. marc's laid-back nature began to rub off on me once we started living together, i didn't find a permanent job right away in minneapolis so i had less to schedule, and we had no friends or family with whom to make plans. i tucked myself into our apartment and went days without any real need for a plan.

that became a bad habit. even when i did start working, my heart wasn't in it. i no longer felt the drive i had felt only a year before. all of my big ambition and plans went out the window, and i became - literally - a shadow of who i had been and who i thought i would be.

we bought an old fixer upper in a downtown neighborhood and i briefly became Motivation Girl again, but then was surprised with a pregnancy that kept me sick and tired most days. after that, motherhood, choosing to stay home, post-partum depression ... i became a shadow again.

now, i'm no longer a shadow, but rather a blur. the calendar is once again full of things, but they are things like the kids' swimming schedule, marc's travel schedule, people needing to come to the house to fix something or install something or have access to something, and i am the one trafficking it all. so while the need for organization has come back to the forefront, my own personal ambition still has not.

but that changes this year. this year? i To Do like a mothereffer. and to be solid with that? i need a planner. 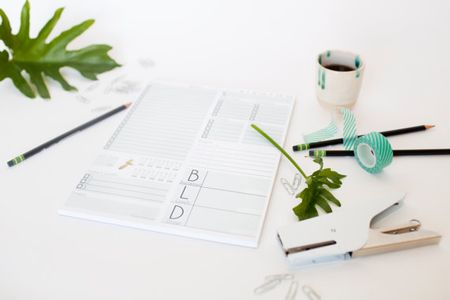 that's my word. i'm going to put it where i can see it daily. i'm going to live and breathe it. 2015 is going to be the leanest, meanest, most streamlined and efficient year yet. and i have to think that all of that lean, mean efficiency will remind me of who i am and who i was meant to be.

I remember that girl. She was one of my heroes, a confidant, a get-er-doner. She is an accomplished & published author, photographer and all around mom taxi. This, yet another phase, will pass by all too fast. Go get'm, and try to not be so hard on yourself (From one Type Aish to another!)