december is going way too fast. waaaaay. too fast.

however, the house is 85% ready for family to visit for christmas; starting on monday, i'll have marc home for three weeks; and i'm ready to spend next week enjoying the glitter of the tree and the twinkle of lights, and listening to frank and nat and bing and perry while baking and prepping food. (and attending three swim meets, one band concert, picking henry up from swim practices, taking harper to and from swim practices, and taking henry to and from a hockey game for which the pep band is playing. oh, and harper has an eye appointment. and who knows what else ... i'm afraid to look. don't want the calendar to harsh my holiday mellow. but thankfully, there is a swingin' christmas pandora channel ... frank and nat and bing and perry come with me everywhere i go.)

there will also be more elf adventures.

on tuesday, we found snowflake sitting on a wreath in the stairway. 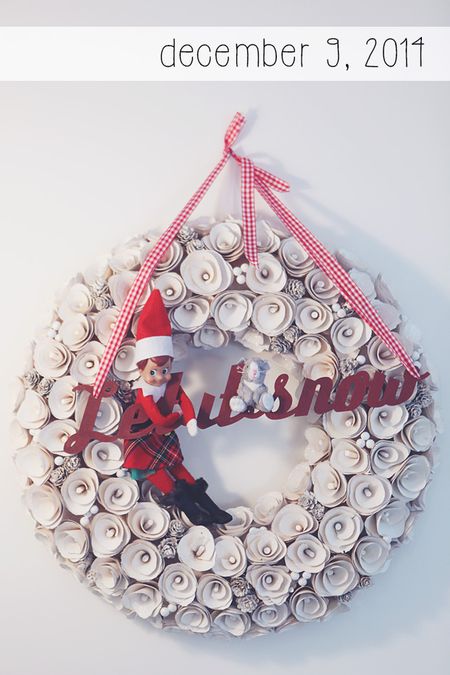 and she lived up to her name and the "let it snow" sign on the wreath, because leading down the stairs to where she sat, we also found a flurry of snowflakes. 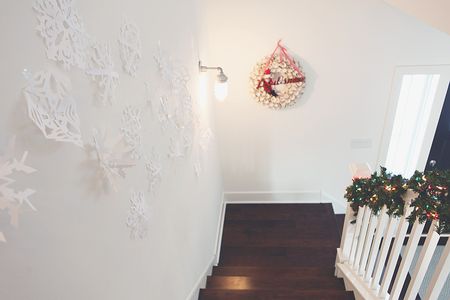 it isn't looking like it will be a white christmas outside, so she brought the snow inside for us. thanks, snowflake!

on wednesday, she was taking a ride on a reindeer in the bathroom: 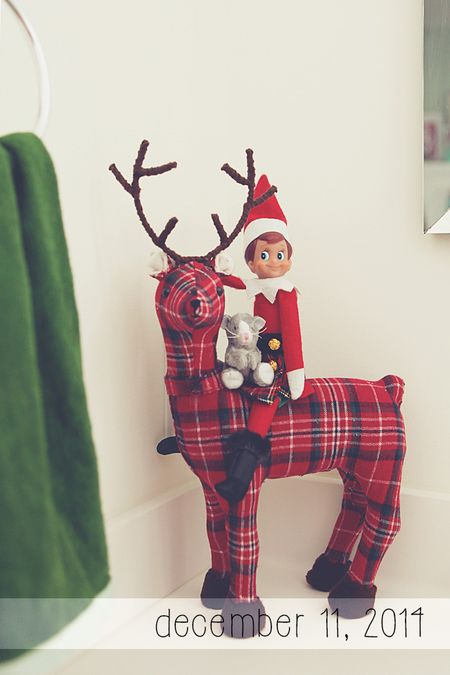 however, today? oh, was my daughter happy!

first, you need to know that every christmas since she was three, harper has been obsessed with "the nutcracker." it started with a barbie nutcracker dvd. that lasted two or three years. then, when she was in her all-day, every-day tom & jerry phase, we discovered that there is a tom & jerry nutcracker special that airs only at christmastime, and only once. so we have recorded it for the past four years. she watches it over and over ... and over again.

this year, we found it and set the tivo, but for some reason, it didn't record. harper was heartbroken. but, thanks to the power of amazon the north pole, snowflake knew how to remedy the situation. this morning, this is what harper found when she went on her snowflake search: 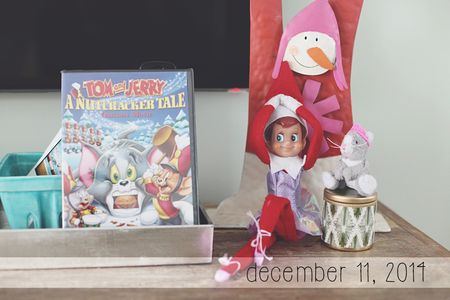 to say our morning started with a happy squeal would be an understatement. also? she had an ortho appointment before school, so that happy squeal took place at about 6:58 a.m.

and on the way to school, she asked if she could watch "tom & jerry" after school, and i said sure, once homework is done. she immediately responded, "if i don't have homework, maybe i can watch it twice!"