sunday night, as we were trying to get lights on the tree (only to discover that more than half decided to die over the past year while sitting in a bin in the garage), harper remembered that it was november 30th, and her elf would likely be coming the next day.

i told harp not to worry about it, gray kitty would turn up. and who knew ... maybe snowflake would use her elfin magic to make gray kitty appear.

that seemed reasonable to harp, and she was off to bed.

monday morning, snowflake was, indeed, in her robe and on the bed harp had prepared for her. and in her little arms? gray kitty. 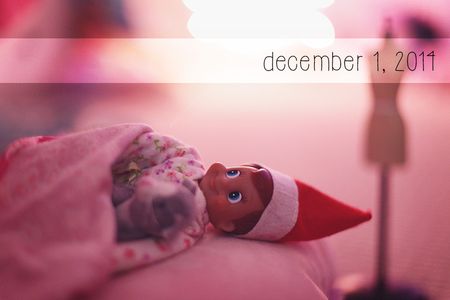 (which lasted about 20 minutes. until i told her she had to drink the smoothie i'd made for her and her brother for breakfast. which turned into a 30 minute battle of the wills. which became 30 minutes of harper in tears, refusing said smoothie. which resulted in her missing the bus, having to be driven to school by daddy, and having to admit to the nice secretary in the school office just why she was arriving to school late. which led to harper having a smoothie popsicle for dessert instead of ice cream. sigh. life with her is always interesting.)

this morning was a much different story: homemade blueberry pancakes, and snowflake and gray kitty helping with the christmas decorations. 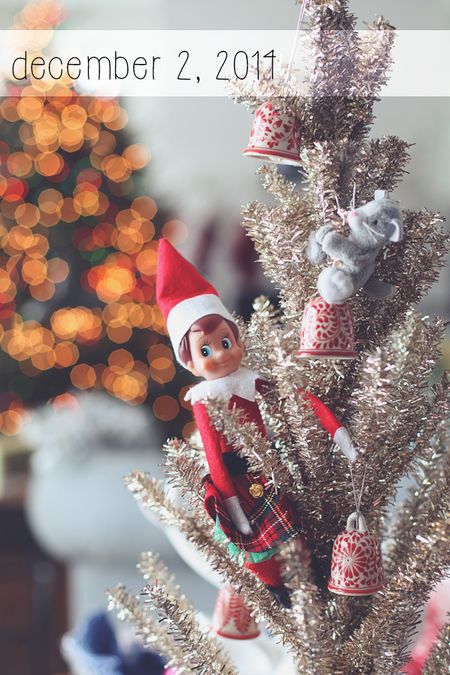