the bathroom has been on my mind. because, of course.

what do we think of this idea:

instead of having to replace the countertop and sink (which really wasn't a practical idea anyway), create some contrast with wallpaper instead! 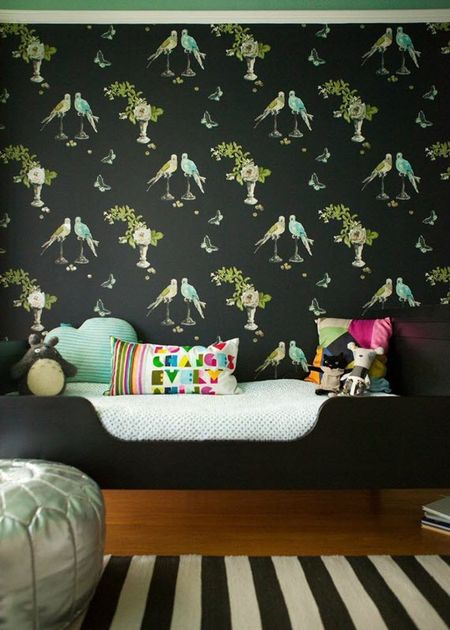 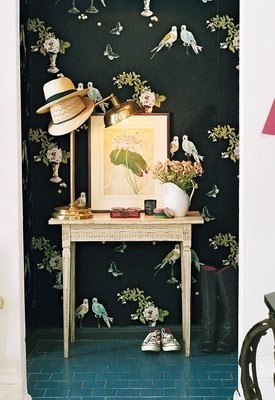 the bathroom is a small room ... a little would make a big impact.

the Light Of My Dreams might still work. this one might be fabulous, too ... in chrome instead brass: 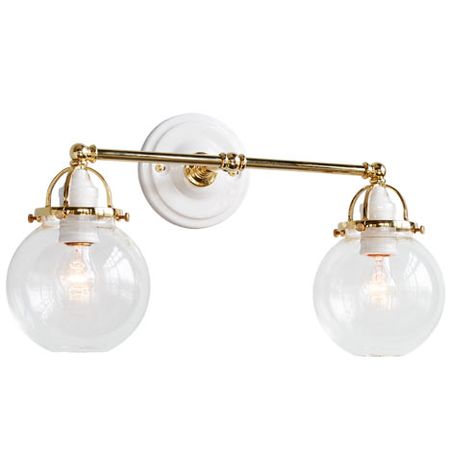 simple rectangular mirror? replace the faucet with something more vintage-appropriate?

kinda sold on the idea.

and so it begins

i now have two swimmers. 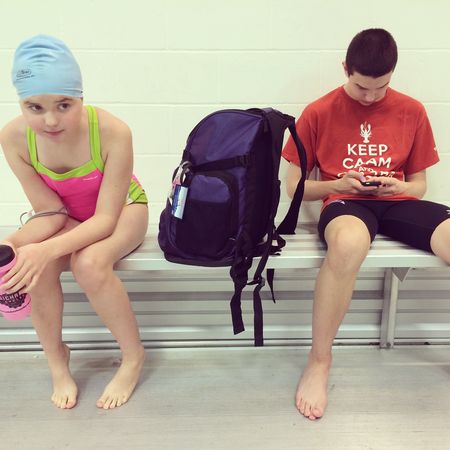 but it's cool. i'm handling it.

even easier to handle when she has bffs on the team with her. makes it so much more fun ... giggles during kicking, snacks after practice, carpools ... 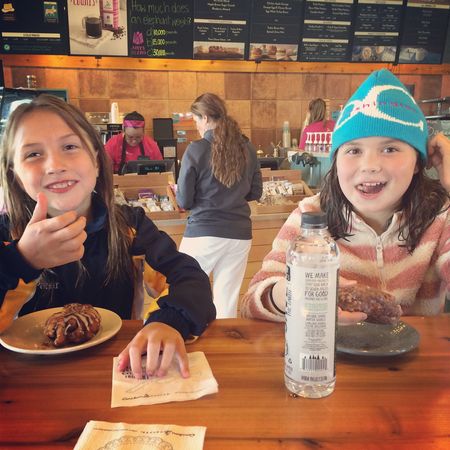 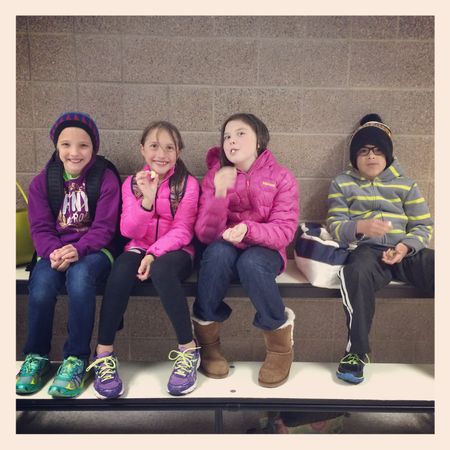 (lots of snacks after practice.)

it was especially great when harper and her bff were able to share the momentous occasion of First Swim Meet with each other. 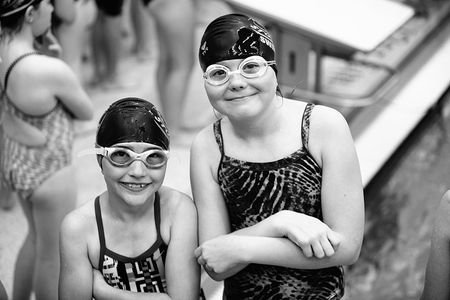 i'll admit it: it was fun to watch a different kid swim for a change. and she did an awesome job! 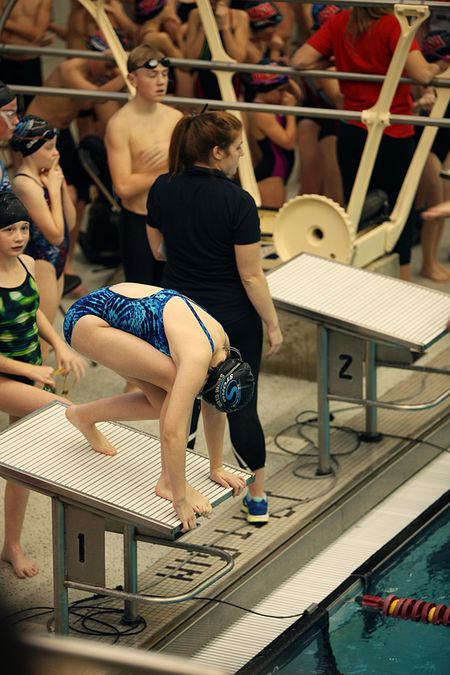 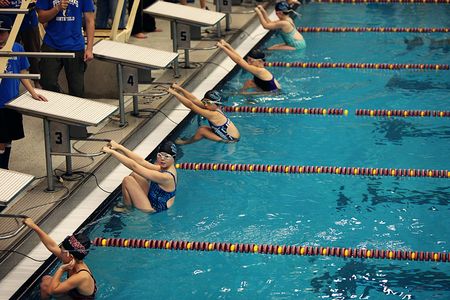 she won her heat in her very first event, the 50 free, and it was a huge boost for her. she looked amazing!

IMG 8776 from michele skinner on Vimeo.

the win was also huge because on her last practice start, her foot slipped and she got a scrape, resulting in her being afraid of the starting block and refusing to get back on it for the meet. after her win in the 50, she waved us down for a conference, but being unable to go on the pool deck because we're parents, henry went in our place. he thought he was going to have to talk her down from a ledge, but in fact, she was so jazzed about winning her heat that she just wanted someone to talk to. 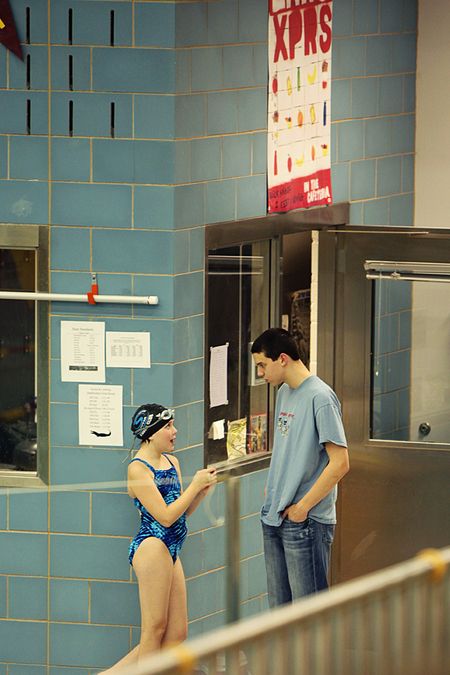 after some high-fives and a little expert advice, henry returned, and she finished up her last two races (second in her backstroke heat, fourth - i think - in the breaststroke). she was so happy and so proud of herself, and was even happier that she and cece got to experience it together. 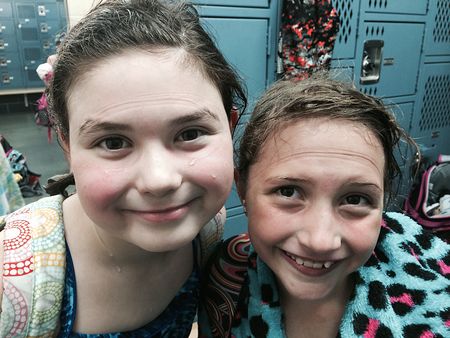 and now we're officially a two swimmer family. harp has two more meets in the pipeline, and henry has one more before high school season starts up in december.

which ... december?! how?? i was just excited about the start of october and then ... october went. it's gone. that's crazy.

i didn't quite get to the fall decorating, as declared, but that's life. we DID make it to the orchard for apples ... 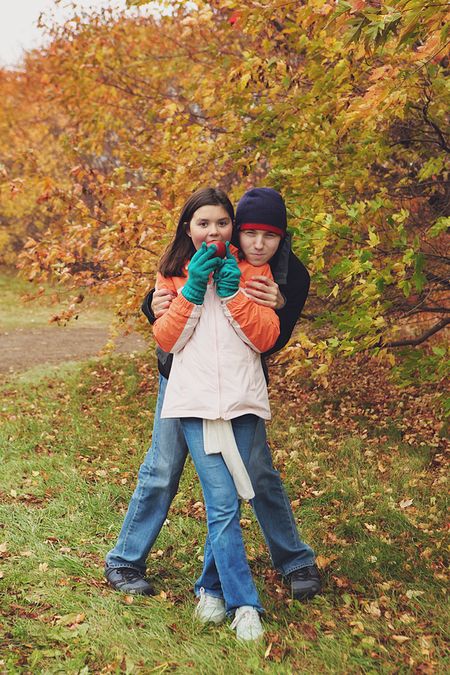 and to the pumpkin patch for apple cider donuts pumpkins ... 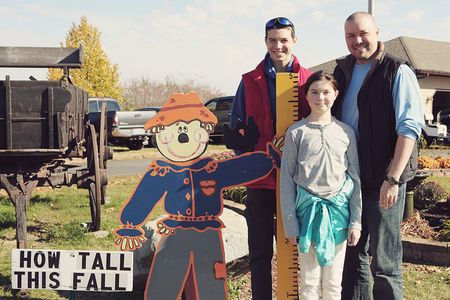 and made the kids' halloween costumes: 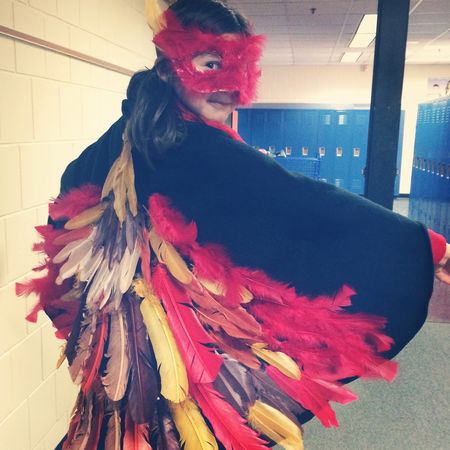 and a bob ross who couldn't find a brown wig. 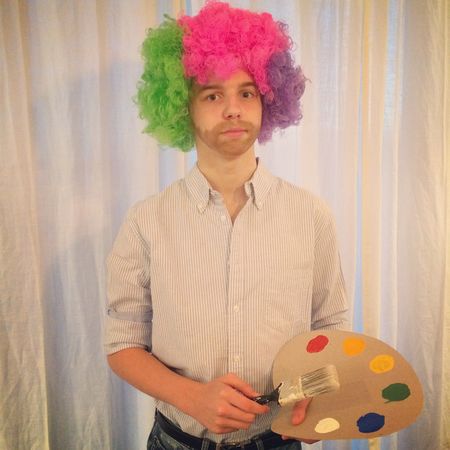 bob actually went to the high school halloween dance, not trick-or-treating. that was a new experience for us all. but he had a blast ... and actually danced!! maybe there's hope i'll get to someday dance at a wedding, after all. because heaven forbid i got to dance at my own wedding but no i'm not bitter.

which, apparently, will be full of swimming.