because apparently i have nothing better to do ...
delicious tweaking

summer is, quite literally, flying by. we were crazy busy in june, and by the end of july - since the kids got out of school two weeks earlier than usual - we were all thinking, "how much more of this IS there?!" but now the middle of august is in sight, and it feels like we still haven't managed to do the things we planned to do over summer break.

since the last transmission from crazytown (and if we're facebook friends, sorry: there is nothing new here for you) ... 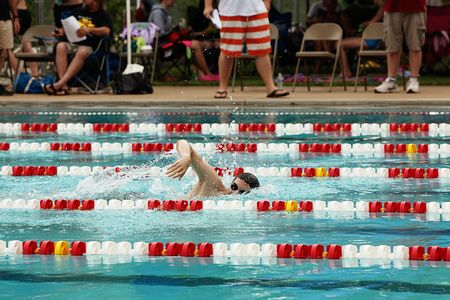 henry swam in the long course regional finals. in regional finals, you advance to state if a) you make a state-cut time, and/or b) you win your event. well, henry earned a second-place finish in the 50m free ... lost by .02 seconds, which was heartbreaking. even worse, he missed the state-cut time by .19. gah. he also placed in the top eight in his other events. so he did an awesome job. 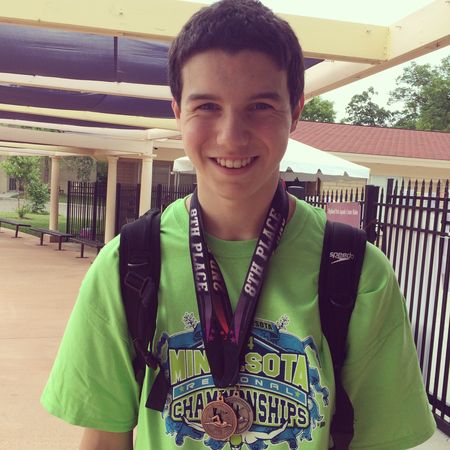 2. we were surprised with a lovely afternoon visit from the kids' cousins from michigan, along with marc's sister and her husband: 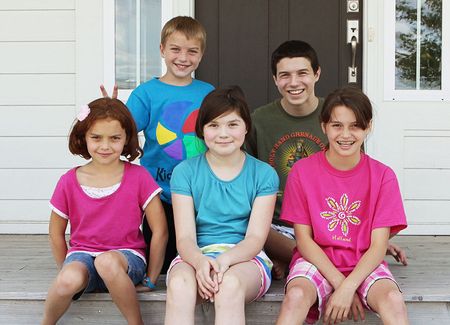 3. i managed to get away twice. first, with my friend tina to her family's cabin in wisconsin. we did nothing but read, antique, talk, antique, read, and talk for two days. 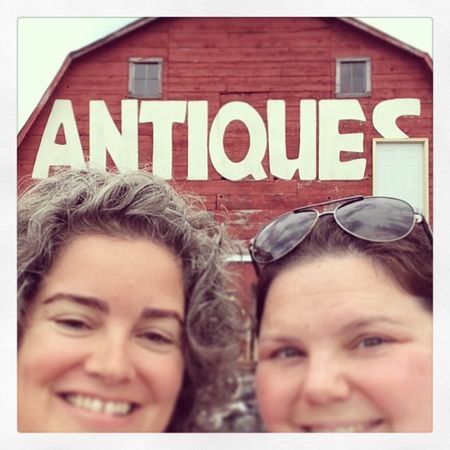 then i flew to indiana to meet up with two of my oldest and best friends, at the lake cabin where we grew up skiing and dancing on weekends throughout high school. it was just like old times, laughing and tubing all the hours away. what wasn't the same was how sore we were the next day. but it was still heavenly. 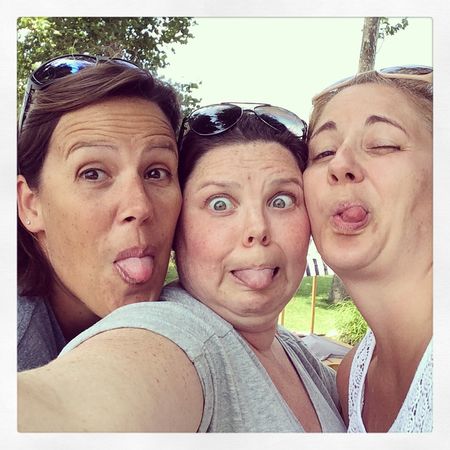 4. our garden is doing amazeballs. 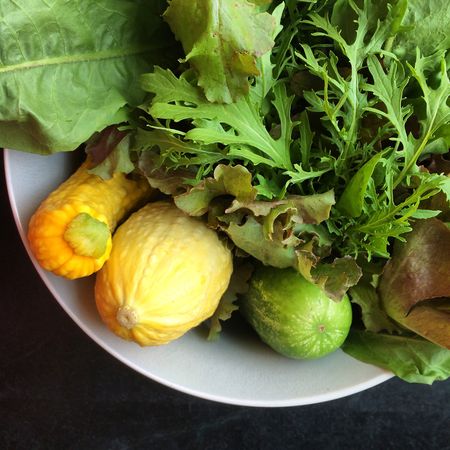 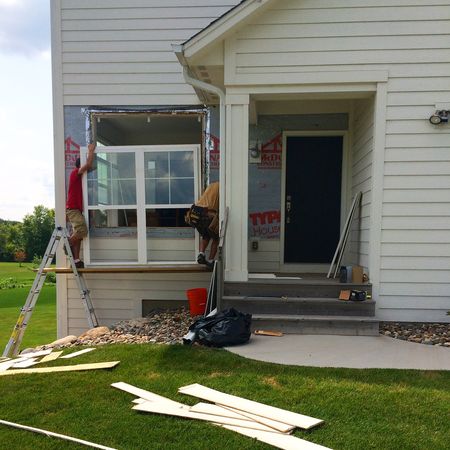 the five flawed windows were replaced ... painting happened ... it's all good now, but it was a mess for a few days. the kitchen window changes have yet to take place, though. we're replacing the sill with soapstone and tiling up the back wall so that there is no more wood trim behind the faucet. that turned out to be a very bad thing. problem: there is zero soapstone in the area like ours right now. so we're on perpetual hold to finish that.

6. harper has been playdating her brains out. 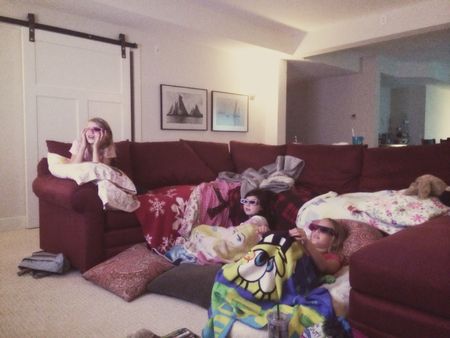 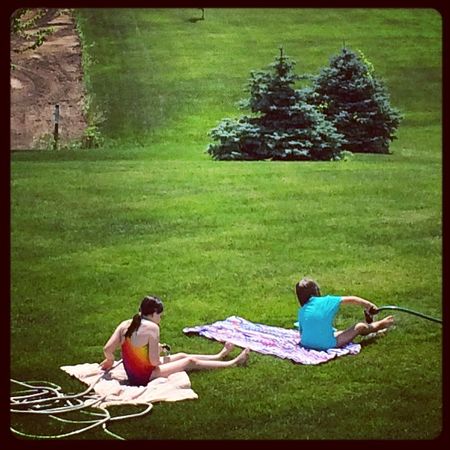 6.5: oh, and not to be outdone by her brother, harper completed the highest swim lesson level and is (according to her. right at this very moment in time. subject to change.) on to swim team in the fall. she's feeling pretty confident. why? their final test in lessons was to swim 500 yards. little miss lapped - and double lapped - the kids in her class, and she was the youngest.

she was exhausted but super duper proud of herself. as she should be. 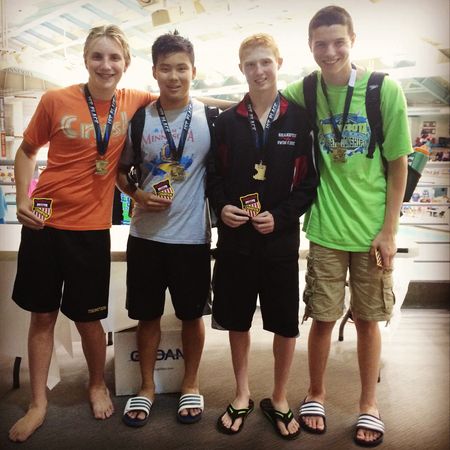 they did an amazing job. and i'm going to show you, because that's what proud mamas do. 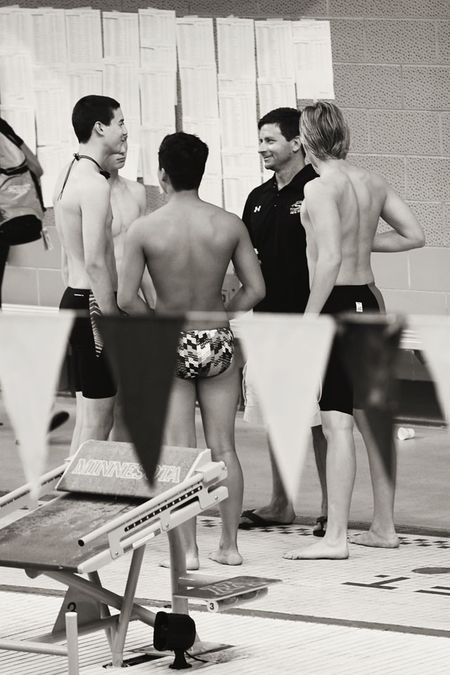 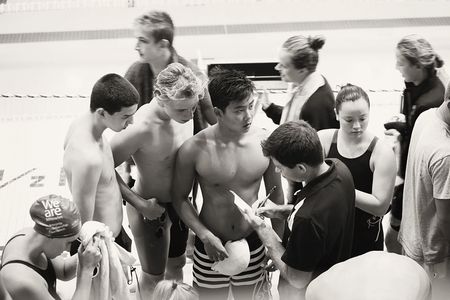 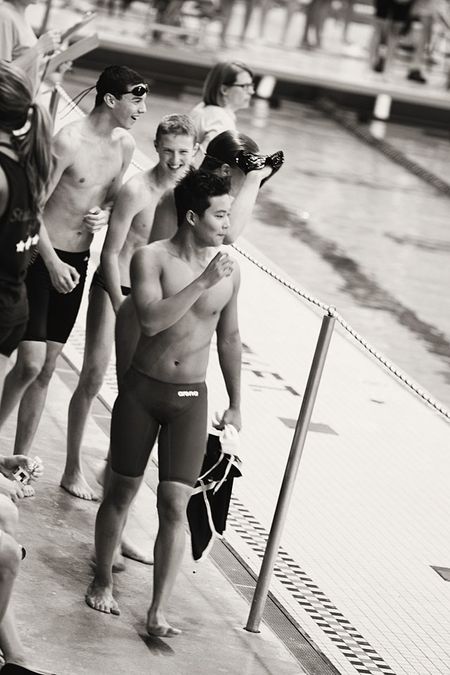 200 free relay ... lane four. the lead-off swimmer is a nationally-ranked kiddo, andrew, the awesome duo of alex & axel in the middle, and henry is the anchor swimmer. it was a nail-biter:

IMG 7522 from michele skinner on Vimeo.

henry's time was a zone cut (which is a good thing), but didn't count because it was a relay. he missed out on getting the time again when he time trialed, but he was okay with that ... now he knows he can do it. even better? he cut nearly two seconds off his 50 time.

but wait! then there was the 400 relay. again, lane four. again, henry anchored (i recorded only his leg on this one):

IMG 7544 from michele skinner on Vimeo.

this time, the victory was more decisive. and henry dropped three seconds off his 100 time. 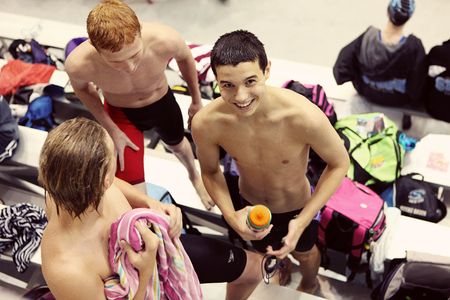 he was most curious how his long course times would convert to short course. going by the conversion times, he now has a high school letter time in both events, and is in pretty awesome position moving into his freshman year. if his coach swims him in the 50 and 100, he could earn his own spot at state by time.

that would be amazing.

and that's where we stand right now. hopefully the remainder of august will be filled with more fun things, and the kids will head back to school having no summer plans left undone.