because apparently i have nothing better to do ...

the main floor bathroom is bugging me.

the color of the vanity is lovely, and the tile in the shower is some of my favorite tilework in the house. 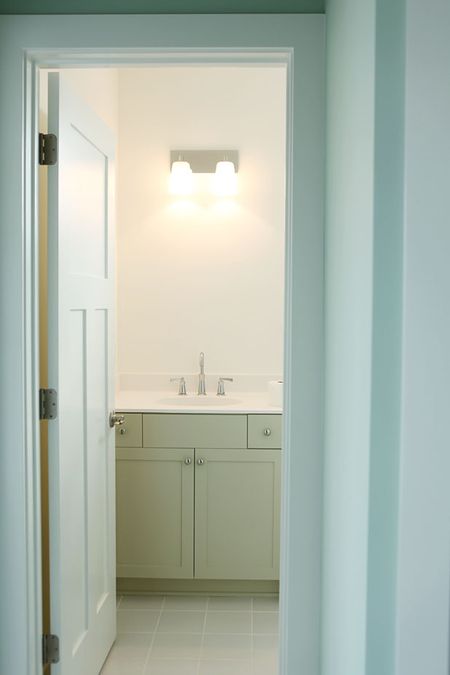 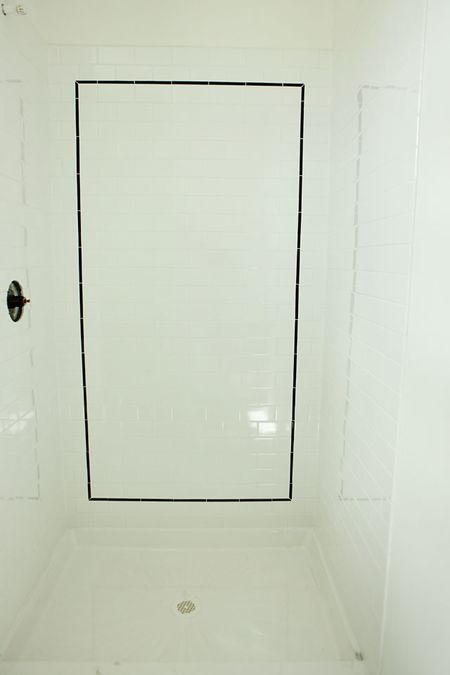 however, when we selected the faucet, it was one of those end-of-the-picking-out-session choices ... i could no longer think straight, so we ended up with something way more modern than i'd had in mind. and then when it came time to select a light, i wanted something that would look right with the faucet, but that just meant now we had two more-modern-than-i'd-had-in-mind things in that room. and you see both every time you walk by the bathroom.

on top of that, i wasn't feeling it when we moved in, so i grabbed a mirror at target for above the sink, and it's too small for the space. it has all bothered me for two and a half years.

so while doing some hypothetical shopping the other day (as one does), i found the light of my dreams, the one that would make all right in my world: 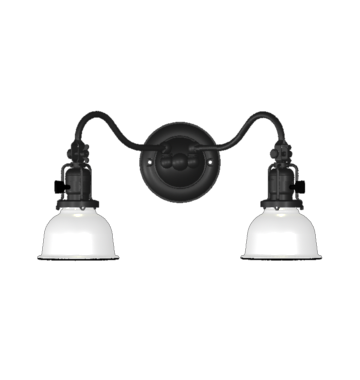 but then i have the conundrum: if i replace the light, i'm gonna want to replace the faucet. and probably with something like this: 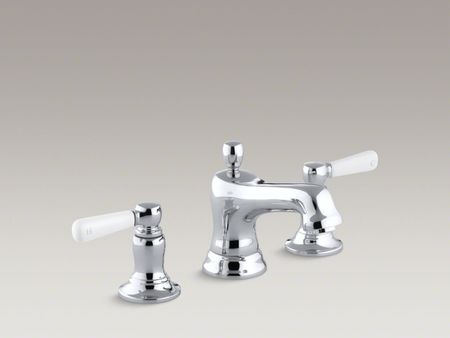 and then the snowball forms. because while i am not a huge fan of the light and faucet we currently have, i really and truly dislike the counter/sink top. it's "cultured marble" - ie standard pre-formed white solid surface that spots and stains in a blink. it was the "throw in" counter top material and didn't cost us a dime (extra), so it's what we stuck with. however, if i (hypothetically) replace the light and faucet (and mirror. don't forget the mirror. because that would also need to be replaced.), i wouldn't want to put the effort and money into what would essentially end up being lipstick on a pig.

in a perfect world, that new faucet would be mounted on a soapstone counter, to match the kitchen and the black pencil tile in the shower, and it would pour into a lovely sink.

oh, and i hate the white grout on the floor, so i'd definitely DIY some grout stain and bring it into the gray zone ... more like the gray tile in the mudroom, and less like the dingy white everything-that-tracks-in-stains-it grout that is currently there. that was another one of those choices made under information overload, and not with any logic.

at less than three years in, is this a wise use of time and resources? probably not. does the current light/mirror/faucet/counter top make me crazy? yes.

maybe at three years and one day, sanity will win.

That light. You must. I insist on it.