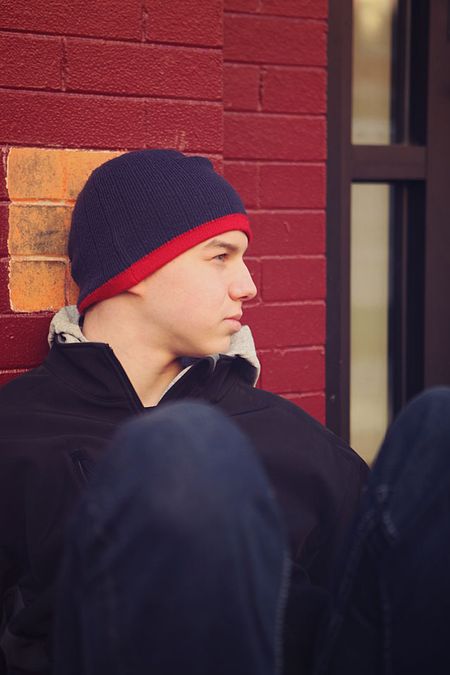 there are times when i wonder what we are doing to screw up our kids. it's inevitable, right? every parent does it to some degree. when henry shares music or youtube videos with me that are, shall we say, a tad "questionable" or maybe not entirely age appropriate, i have to wonder if we have given him too much slack in the line. then i think back to when i was 14, the things my friends and i did and said and watched, and realize that henry is totally normal. and could be so much worse. and he shares things with me because he knows that my sense of humor and his are totally aligned. not only that, he feels comfortable enough to keep us in the loop on the things he is doing/watching/reading.

i'm gonna put that in the win column.

remember when he turned 14 and we rocked his world with tickets to meet neil degrasse tyson? well, last month we went to the event. we battled severe thunderstorm warnings and rush hour traffic to get there on time. but once the event started - and it turned out mr degrasse tyson was going to use the cocktail table where henry and i were standing as his book signing table - henry was so poised and on it. mr dgt came to the table, said, "i guess this is where i'm supposed to be," and henry looked right him and said, "i guess it is. let me move my glass. it's nice to meet you."

and not two minutes later, this happened: 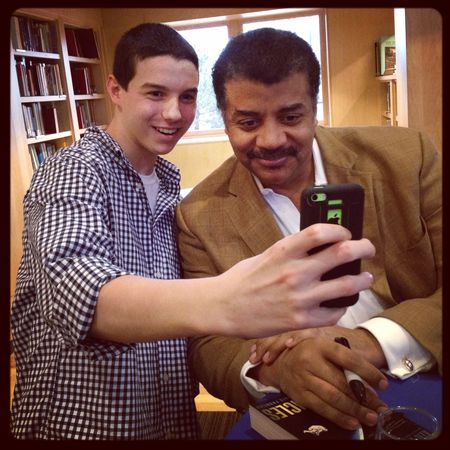 yes, henry told his hero that he, too, wanted to be an astronomer, got his autograph, and then asked if he could take a selfie of the two of them.

and he's so *aware*. we have the best conversations about things going on in the world. why people think the things they do, what he notices at school, things his friends say, how the world works. i see these flashes of who he will be and what he will believe in, and it makes my heart swell with pride.

the other day, he was reading about some video game conference, and said, "get this: ubisoft isn't going to make a sequel to 'assassin's creed' because to be historically correct, the new main assassin would have to be a woman. and the company says that it will cost too much to make a new character (because it would be a girl), and no guys would want to play as a woman lead character. that's so stupid. even if they did make the assassin a woman, they'd probably put her in some bikini. because, you know, boobs."

omg. my kid is a feminist.

he *listens* and he pays attention, and he see no reason why people shouldn't be given equal opportunities to do things. his years in the gifted program and advanced classes have taught him that there are just as many smart girls as smart boys, and he knows that his competition in math class or science is sometimes a girl. and he's okay with that and respects her for it. smart and talented is smart and talented, regardless of the packaging.

and if he couldn't get any better, he's also funny.

last night, after harper went to bed, henry asked me if he could get a snack and stay up a bit to watch some tv. i said sure, and asked him what he wanted to watch. he asked if we had a 'daily show' recorded and i said yes, two. so he grabbed a bowl of tortills chips and salsa and headed to the basement. i gave him trouble about the salsa, and joked that if he spilled on the couch, he'd be grounded.

an hour later, we were done and ready to call it a night. he got up, looked at me a bit sheepishly, and asked, "will this come out?" i asked if what would come out, he pointed to a spot of salsa on his white sweatshirt, and said, "this bullet i took for the couch."

i know a day will come when he does something stupid. or something that will make us furious. it will happen. but for now? i am counting my blessings that he's such a good kid, with such a good head on his shoulders, and is such a hoot. maybe we'll make it through the teen years unscathed.

then again, we still have harper in the pipeline ...

it is finally here! actually, it was here for about a week, then it went away, then it came back, then all of a sudden it was 90 and muggy, then we got a month's worth of rain in 24 hours, and now it's back to lovely.

but while it was beautiful (and slightly-on-the-edge-of-too-warm for spring), it was memorial day weekend, and marc's parents were up for a visit, and we took them to the minnesota landscape arboretum for the day. it's one of my favorite places, especially when the air is just right and the plants are at their best - spring when everything is green and in bloom, late summer when the roses are showing off, fall when the colors are amazing.

we hit the crab apple bloom season dead-on. they were perfect. the whole visit was, in fact, lovely. 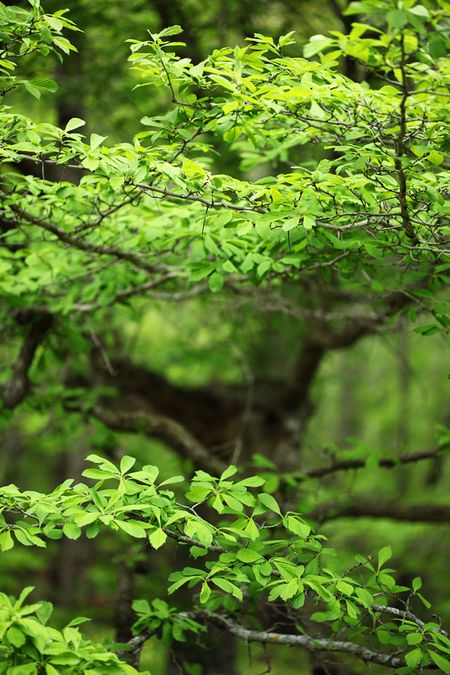 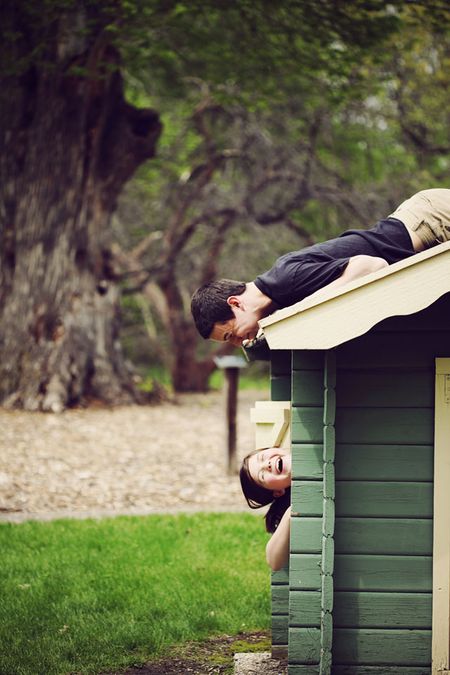 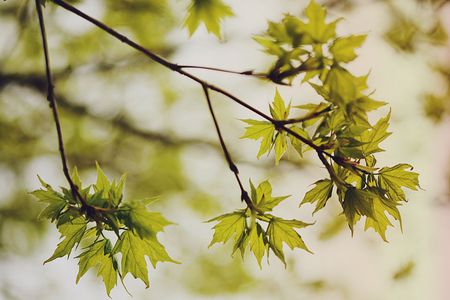 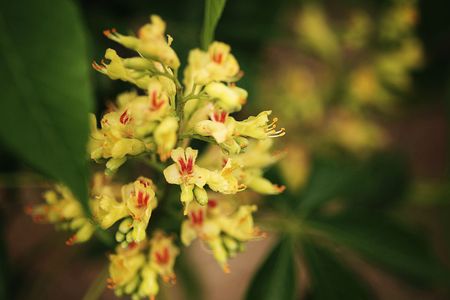 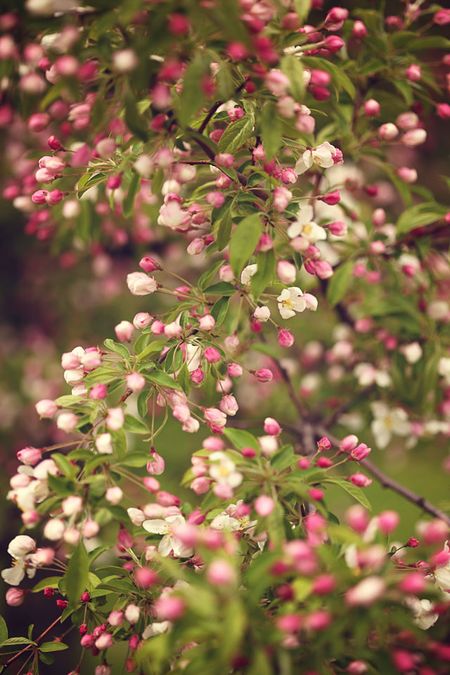 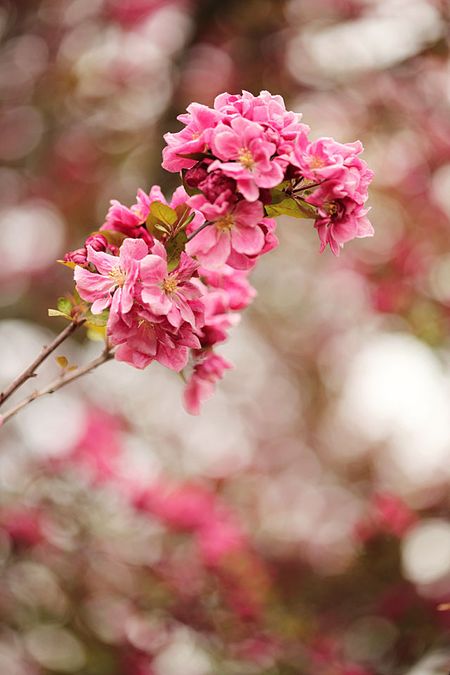 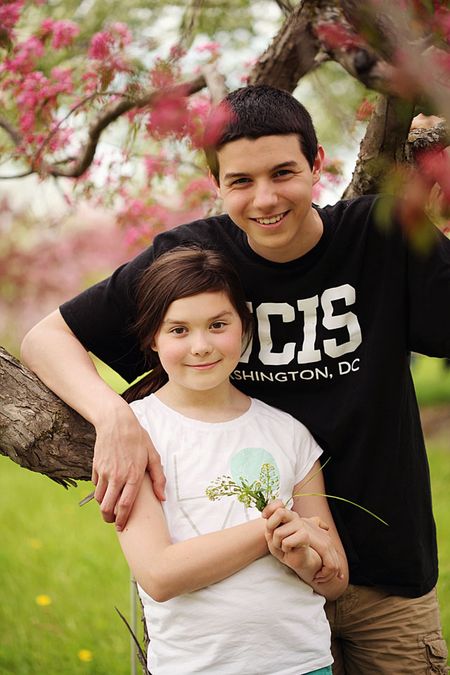 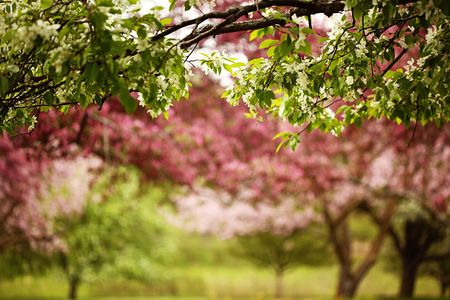 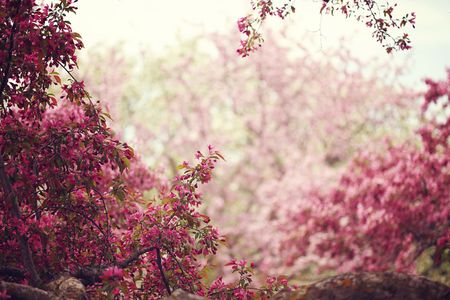 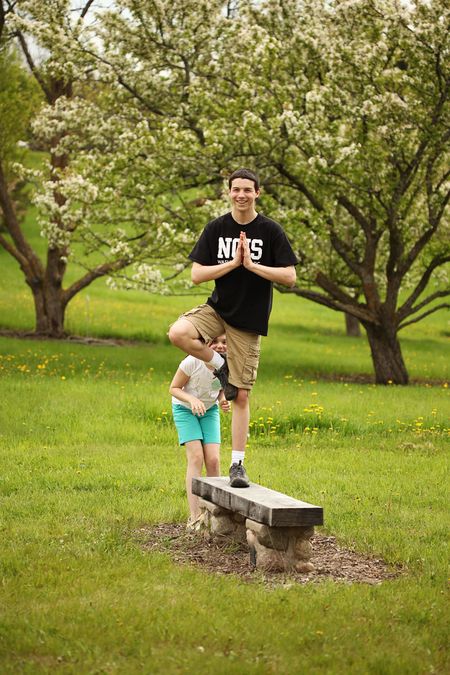 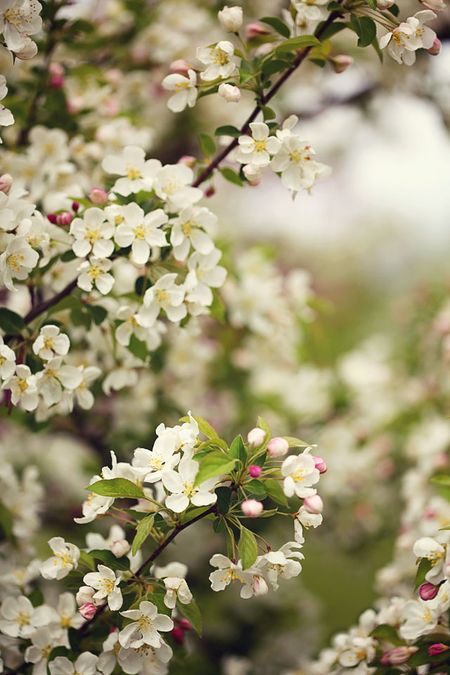 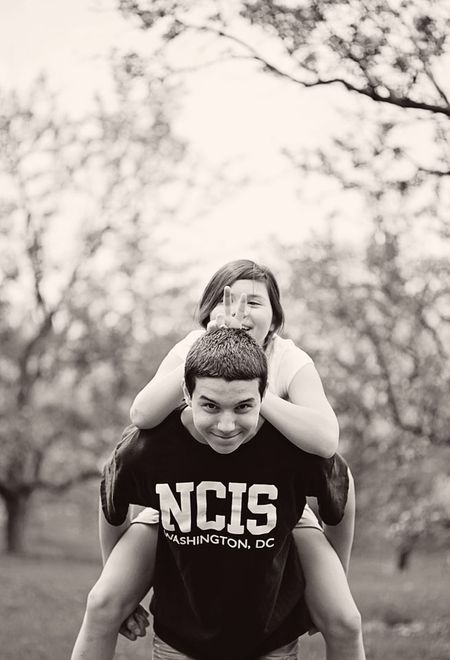 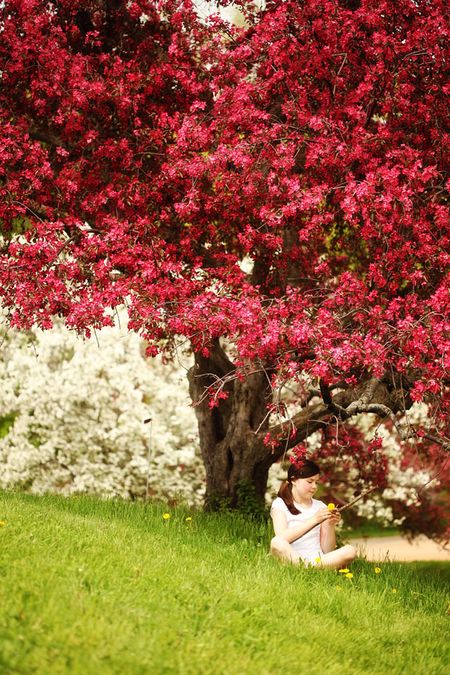 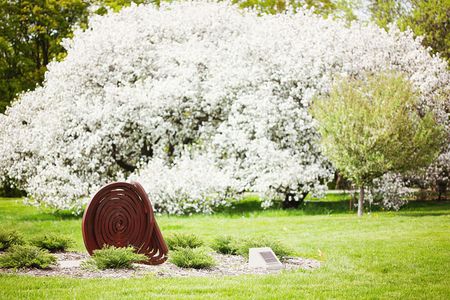 the white crab apple above? was huge. and while we were standing there, a photographer came by with a bride and groom, they stood in front of a sparse little maroon crabapple 15' away from this beauty for some pix, then walked away. i had to physically restrain myself from yelling, "oy! over here! this is the tree you want to put them in front of for pix!!" duh.

i'm so glad we went, since all the petals were gone within a few days. we couldn't have timed it better.

and now, a week later, it's summer. the kids are out of school, and we're working on our own gardens and summer to do list. 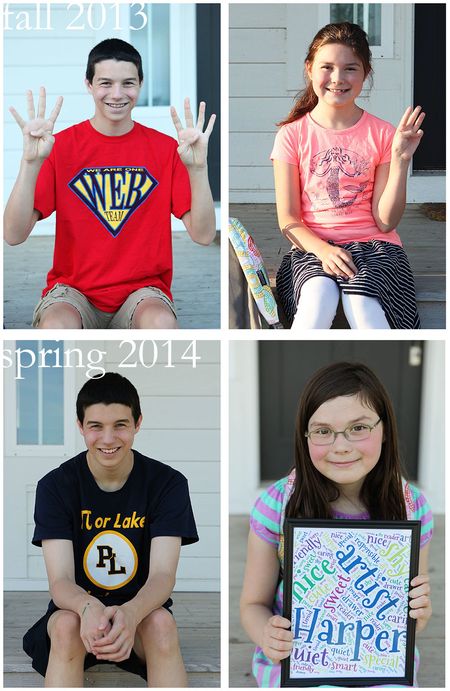