more in spirit than physically, but hopefully that will change in '14.

i'm applying that "change" idea everywhere this year. let's don't call it a resolution, but more of a proclamation: i'm making changes.

photography? gone. done. i can't compete in this shoot-and-burn overgrowth of Moms With Cameras, who do a "shoot" and give every photo (200? 300?) to the "client" for $50. i'm sorry, sweetie, but if you have such little respect for your own time, you don't deserve to call yourself a photographer. but still ... it has killed my business and killed the enjoyment i once got from it. and really? in the past year? the vast majority of photos i took of my own kids were on my phone. that's crazy. but it just shows how burnt out and bitter i've become, and i say "no more." i want to enjoy shooting again, so i'm taking the stress out of it.

my health? a priority this year. it has to be. i turned 40 (there. i said it.) and realized that all those people and magazine articles that have stated it all gets harder after 40? they were talking to me. i'm now officially in the "it's harder now" zone, and that doesn't sit well with me. so in response to both that and the nomophoto thing, i am converting my studio/office into an excercise room. we purchased an elliptical, and right now are in the process of finishing the crafty room (it's taken only 29 months ...), which will allow us to deconstruct the studio/office, which will allow us to utilize that room for fitness. marc bought a tv for the room, we're moving a shelf in there to hold work-out dvds and equipment, and this is going to happen. it is.

and on that note, i'm getting back into the swing of cooking. things have been far too busy, and i miss cooking far too much. right now, we have a five-week lull between swim seasons, so i'm going to use this time to get it together and  get back into the kitchen. i'm looking forward to it, and have been scanning pinterest and reading through clean eating mag to make a list of all the things i want to make. the hard part will be combining the clean eating i want to do with the caloric and protein/carb needs of a swimming teenager, with the picky palate of my youngest, with the "every meal needs to have meat and a double starch" mindset of my husband. i refuse to make more than one meal at a time, so either they are going to have to adapt or i'm going to have to get creative.

i've found another health outlet that is taking the place of the photography income, as well: i signed up to be a distributor for young living oils. over the past year, i've been seeing several friends post on facebook about how amazing these oils are. i did nothing more than glance over each update. at one point, though, i saw a testimonial from one of them a migraine blend, and i became intrigued. marc had been suffering with a return to migrainland, and we were at the point that he was willing to try anything. so i ordered a bottle of m-grain a couple of months ago. while sitting at one of henry's meets, marc felt a migraine coming on. i asked if he brought the oil and he said he had. he rubbed a drop on each temple, and a drop on the back of his neck/base of his skull. half an hour later, i asked him how he was feeling, and he said, surprised, "the migraine never actually hit." it was astounding. after that, i looked into the oils in earnest. i had also been growing increasingly skeptical and fed up with the whole big pharma/big insurance scheme to take our money. when every medication advertised comes with a list of side effects longer and more horrible than what the medication is treating, that's ridiculous. remedies should not hurt; they should help. so i went into research mode and eventually came to the conclusion that the oils were worth a shot. i ordered a few, and was so happy with what they did that i ordered the starter kit. the whole family was sold, and everyone i talked to about them was curious, so i jumped into the business side. it wasn't my intention, but by god if i can help my friends and loved ones, i'm going to. and i firmly believe these oils can do that. in the past six weeks? they have cleared up a candida-related toenail fungus that i've battled for years, and have reduced the candida flare-ups i get each month when my progesterone levels spike; they have warded off colds in all of us, and have reduced the severity of the one cold harper managed to almost catch; they have cleared up a molluscum outbreak in henry's armpit in a matter of weeks - not the "months" that others have gone through, and without the expense of meds that don't work or the pain of having the molluscum cut off; they have removed a plantar wart on harper's foot; they helped marc get a good night's sleep, after weeks of being on the road stripped him of the ability to rest and stay asleep; they have curbed my snoring (oh, the joys of getting older: snoring.), and that's just a sampling. next on the list: weight loss. several people in the distributor group have lost anywhere from 10 to more than 40 pounds using oils. i'm in for that, man.

(and i truly suck at sales so maybe this isn't the best route for me to go, but i believe in these oils and that it's worth it to try. if you want more info or are curious if there's an oil for something, let me know. i'll do the research and help you out.) 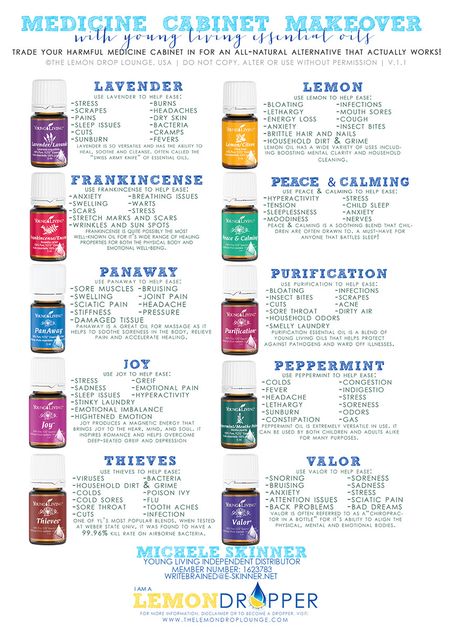 moving down the list of proclamations: craftiness? with the repurposing of the office for exercise, it has become necessary to finish the craft room. and i'm excited. i can't wait to start pushing paper around again and getting our stories and memories down on paper. one of the biggest hurdles over the past ... man ... six years? is that my printer became a thorn in my side, and it wasn't a priority to figure out why, so i haven't had a printer for photos or words since then. and i just stopped; i walked away. but that ends now, i will get back to the crafty, and harper will have her own space to create her own art. we're both happy.

these are simple proclamations, and seem totally doable. up until this week? it seemed less doable. things were crazy.

high school swimming season finished, with two meets per week. henry earned a spot on the true team sectional team (only the top four swimmers in each event from each school, and he swam both individual events and relays), which actually won their sectional for the first time in years, so he was then on the true team STATE team that competed at the U ... 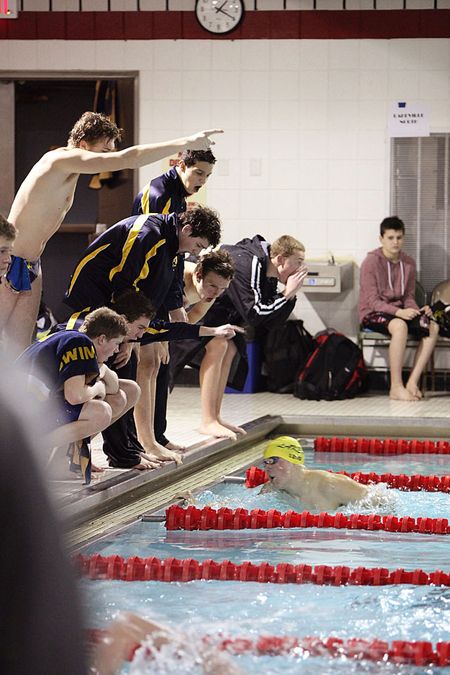 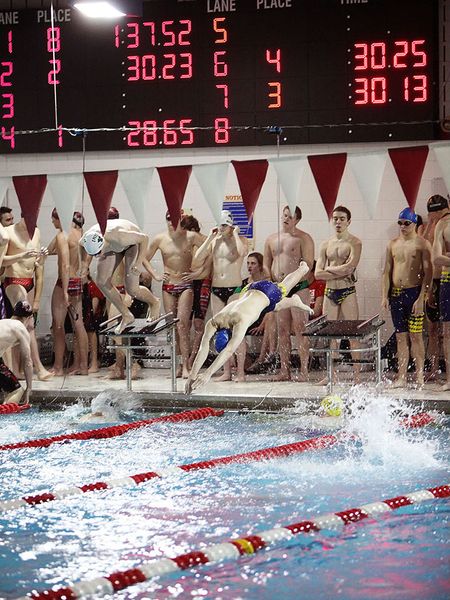 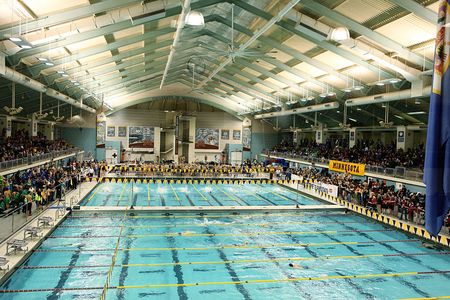 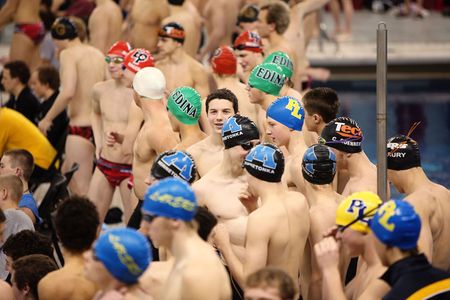 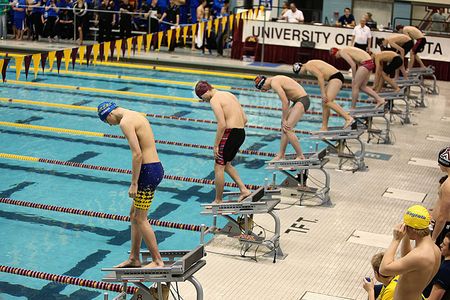 and he also earned a spot on the varsity sectional team that swam last week at the end of the regular season. he qualified in the 100 backstroke, and came in 23rd out of 28 high school boys in the section. he was the only 8th grader on the team who made it. so that was exciting.

also exciting? he turned 14. he blows us away with how amazing he is. recently? he took the ACT explorer ... an assessment ACT to see where he stacks up to other 8th graders in the nation ... and he scored in the 100th percentile. seriously. where did he come from?! the aptitude section also confirmed that his career goals are on the right track - he wants to work in astronomy or statistics, and scored high in aptitude for both (physical science/physics, and statistics). 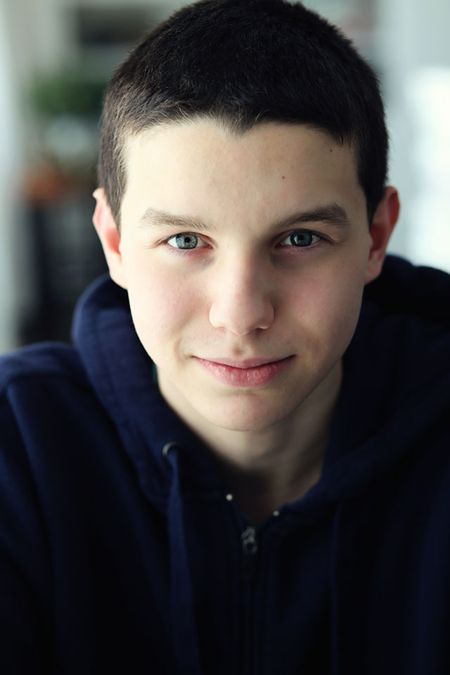 which was lucky for us, because we rocked our little budding astronomer's world at present time:

IMG 6261 from michele skinner on Vimeo.

luckiest kid in the world, i tell you. totally spoiled, but not a spoiled bone in his body.

not to be left out, harper has also been around.

she continues to do a great job with piano. we've found, though, that it's best to leave her alone and just let her work through her practice pieces. the minute one of us tries to get involved and help, it becomes a battle and she freaks out. and that's the end. so we tell her to practice, and she does.

key to harper: leave her alone. 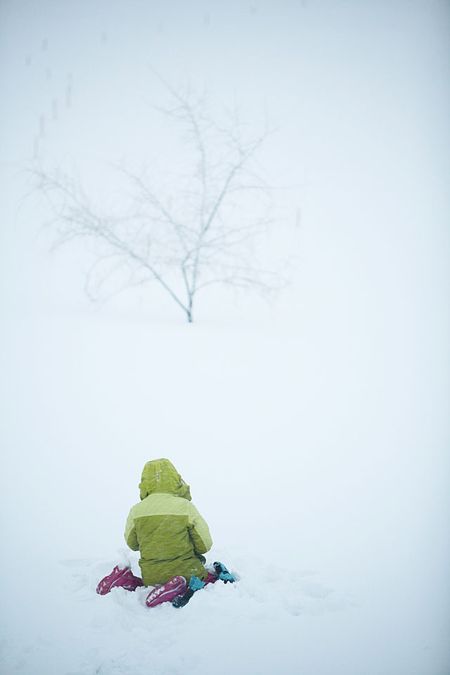 she is also taking an art class after school through a program called young rembrandts. it isn't your typical after school doodle-and-craft art class; it is technique-based and is teaching her how to really see what she's drawing, and draw what she sees. the work she's brought home is amazing, and she absolutely loves it.

we did get her to leave the house last weekend and attend the father-daughter dance at school. she knew her best friend was going, so she also wanted to go. but she didn't want a new dress ... in her words?  "i just like simple." works for me. (we did, however, buy her new shoes. from the women's department at target. size 6. what??) and she didn't want to have dinner or do anything like that. she just wanted to go. 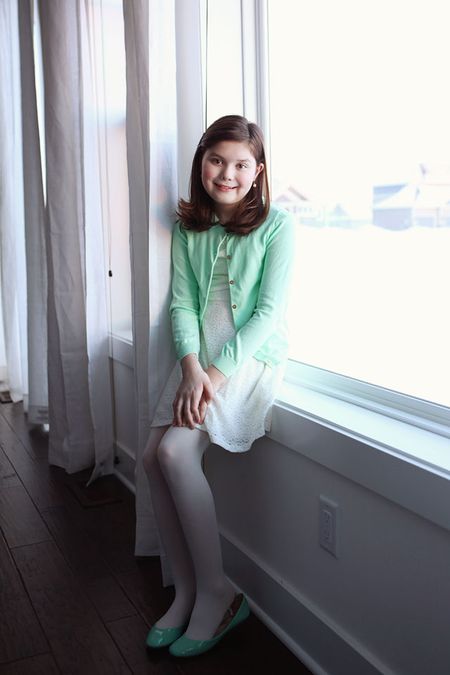 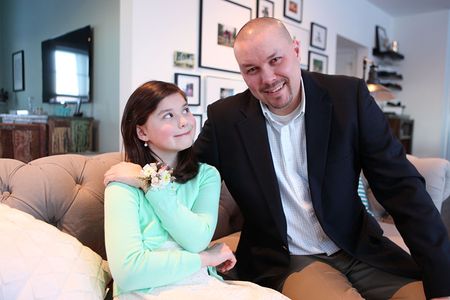 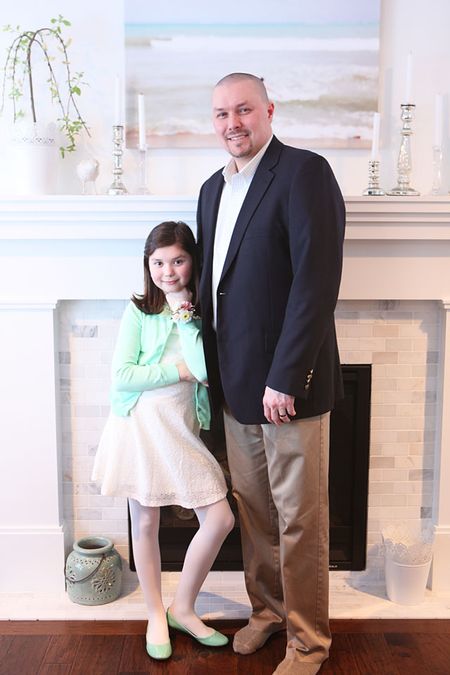 and then an hour and a half later? they were back. she was done.

and she ran upstairs, put on her jammies, and climbed into a chair to watch her brother play on the computer.

and that's harper in a nutshell.

she will really benefit from the less crazy schedule we have for the next month, and i'm hoping all of the extra time and the intentions of getting into a better routine will be good for her and her anxiety, which is good for all of us in return.

so, that's where we stand. i am still here. and hopefully will have more interesting things to talk about soon.