christmas has come and gone again. just like that. all the build up and anticipation, and then ... done.

oh well. january is almost here, the kids will soon be back at school, and life will resume normalcy.

however: let's finish up snowflake, shall we?

on the 17th, snowflake and gray kitty were perched in the bathroom window, enjoying the warm sunshine and the view. 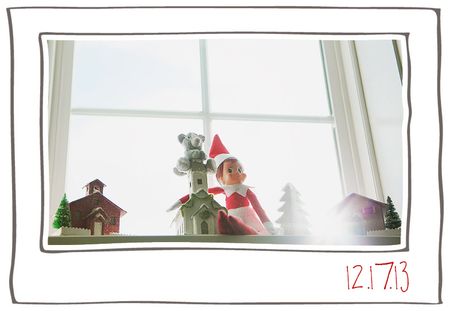 on the 18th, she brought harper a special elf cookie straight from the north pole. which was perfect timing, because harper had an all-day field trip that day, and came home from school famished. that cookie was housed fairly efficiently within 10 minutes of her walking in the door. 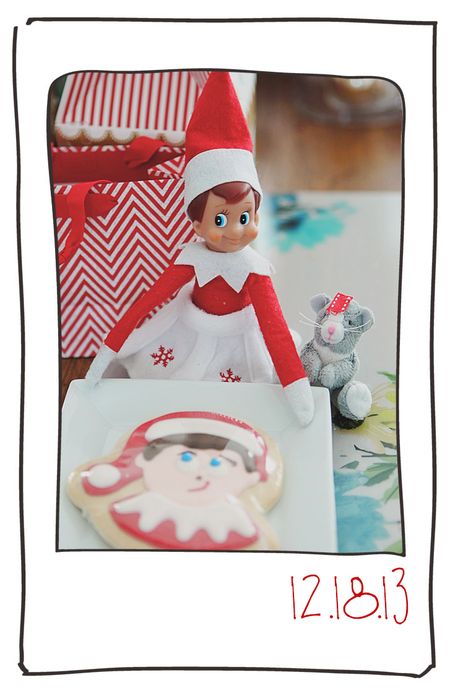 on the 19th, snowflake and gray kitty were traversing the ropes course, strung up between the stairway lights. 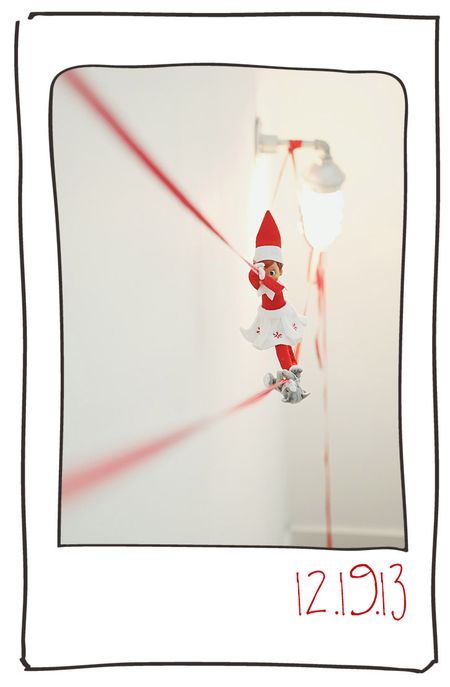 on the 20th, snowflake had used elfin magic to build a train track, and she and gray kitty were going for a spin. 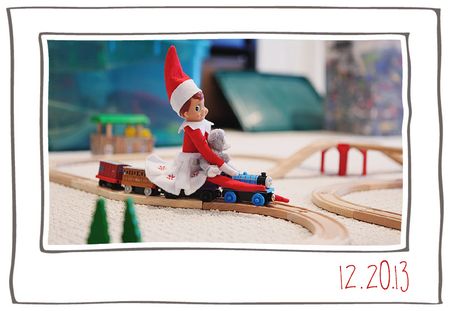 on the 21st, we found snowflake and gray kitty strung up in slinkies. we never did figure out if they were there on purpose, doing some cirque du soleil sunt, or if something had gone terribly wrong. 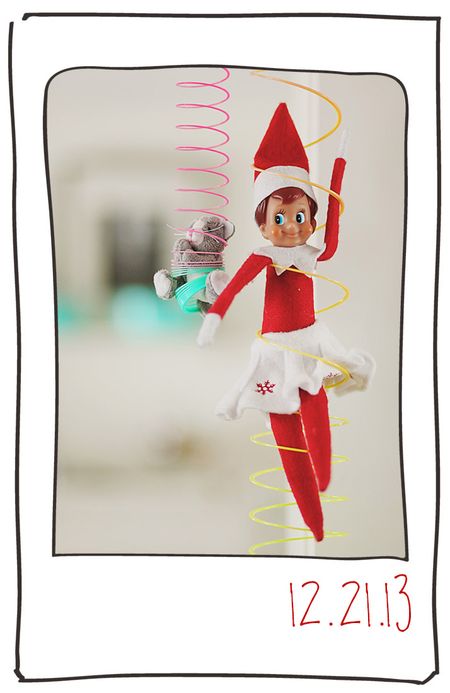 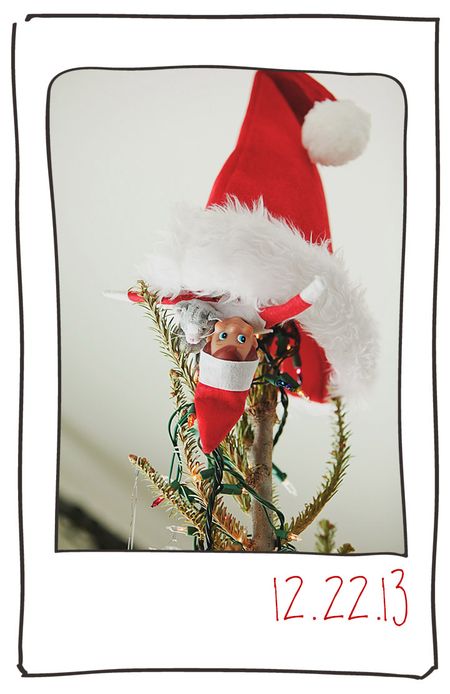 on the 23rd, snowflake got a little "project runway"-ish and created a fashion forward look out of wrapping paper. she totally made it work. 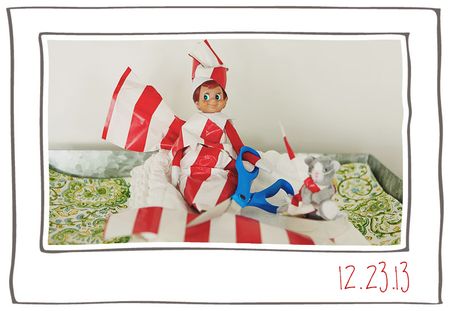 and ... that's it. i failed to take a picture on the 24th. however, she was just sitting in harper's room, next to a gift that santa had told her she could bring to harper. the gift? harper's christmas eve jammies. 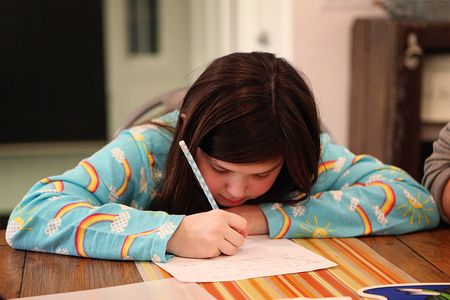 and on the 25th, snowflake was gone. but under the tree, harper found a special gift just for her. from snowflake. 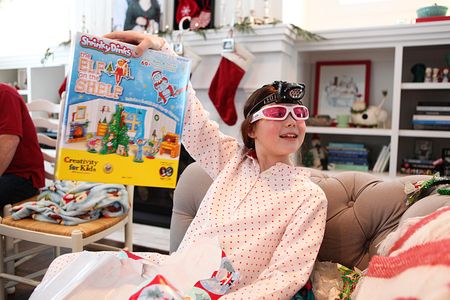