thanks, first of all, for the love the other day. i heard from people very dear to me, and to know that i'm not alone in these feelings is comforting. cutting ties and letting go of expectations is scary and, frankly, really sad. i'll grieve for awhile. but in the end, i can't keep wishing on stars that will never fall.

to cheer myself up, i did something yesterday that i've wanted to do for 20 years.

i got a tattoo.

interestingly enough, the one i've wanted to get for years ... all four of our zodiac symbols on my back ... is not the route i went first time out. which means i have to go back and get another. lucky for me, i have two others planned, and a third isn't out of the realm of possibility.

(they really are like potato chips: you can't have just one.)

anyway, the place opened up at noon, and i was there waiting at 12:32. 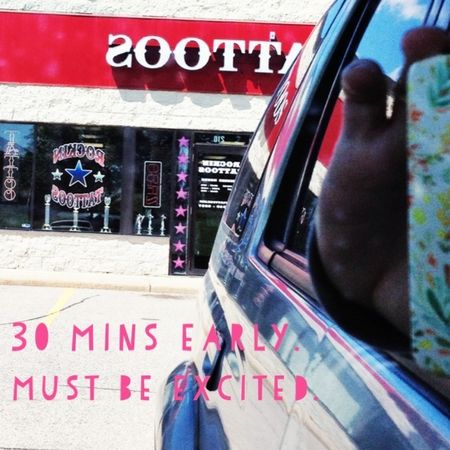 finally the "open" light came on, and i hopped out of the car and ran in. after waiting awhile for the guy, andrew, to re-sketch my sketch and get it prepped, it was finally time.

i asked him how many people back out at the last minute on their first one. he said not as many as you might think.

and then he started. 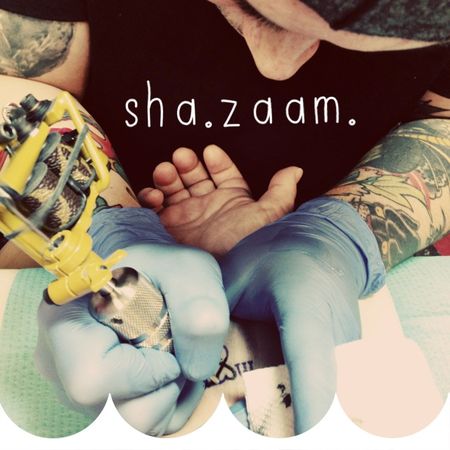 and it was amazing. the sense of freedom and relief and excitement was overwhelming. i was giddy.

the owner of the parlor came over to chat while the tattoo was going on, and asked me why i was getting one now. i said that i'd wanted one for 20 years, and had refrained for all of those  years because i was stuck in this cycle of being the "good girl." it was the same cycle that propelled me to not double pierce my ears until i was 18 like my mom said, to go to a college i didn't want to attend, to have one of the most boring weddings on the face of the planet, to never ruffle feathers, to always be responsible and polite and helpful, to not do the things that were risky or might be regrettable. and at 39, i was done with that and ready to take ownership of my life and the remaining years i have in it.

and in the end, i had what i wanted ... an "m" and an "m" (marc and michele) on either side of an ampersand made of an arrow and a heart.

and the owner looked at it and said, "no one will ever give you trouble for a tattoo that says, 'mom.'" 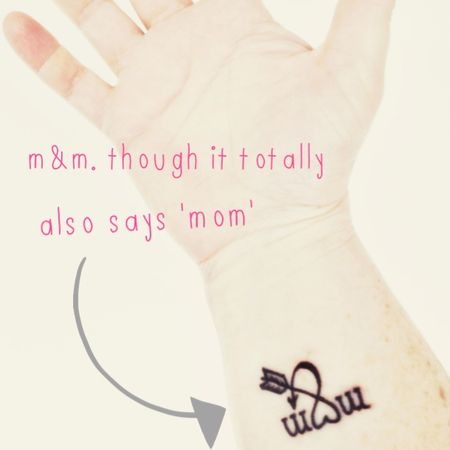 and now i kinda love it all the more. i love my husband and our life together enough to brand myself visibly with it. but it turns out i am also showing the world who i am - a mom. and that's pretty okay, too.

another amazing thing about this "mom" gig: i now have a child old enough to be sharing music with me and getting me totally hooked on stuff i wouldn't have otherwise heard. and then i go digging around for that band and find something pretty awesome. so, thanks for that, henry!