there has been a general air of funk-ness around here for the past week or so, and writing anything seems completely uninteresting and depressing. 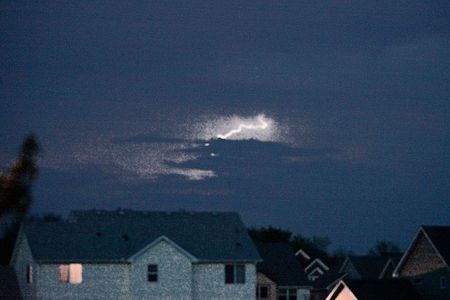 a couple of weeks ago, a stager contacted our realtor, wanting very much to break into her market and offering to stage our house free of charge, no strings attached, and put a property manager into the home to keep it lit and clean and care for the lawn, etc. our realtor checked all the language in the contract, added and subtracted a few things to make it no-risk for us, and we agreed to let the stager in. we took it off the market for a few days while she added art and furniture and tchotchkes all over the house, then new photos were taken and the house went back up for sale.

that weekend we have a zillion showings.

on sunday, we got two offers and notice that a third was potentially coming.

one of the offers was amazing - perfect - and we accepted. the purchase agreement was signed on monday, and on wednesday the buyers had their inspection

which was done by a structural engineer.

needless to say, he convinced the buyers that the house was not up to code (duh ... how many times has code changed in 47 years?!) and would likely disintegrate into a fatal hole of horribleness. so the buyers walked.

and when the third party heard the buyers walked because of the inspection, they too hauled ass away from being interested.

sooo ... back to square one. after a year on the market, we still have nothing to show for it.

and we're so done. everyone who looks at the house loves it. feedback is great. there is no one smoking gun reason from any of the showings as to why this house isn't selling.

so i now hate this house beyond all logic and reason, and am kinda praying that god strikes it with lightning and it burns to the ground.

no, i'm not being hyperbolic.

on top of that, while marc was gone for work, the little cat ate two new areas of carpet. no matter what we did to stop him and distract him, he just moved on to a new area. brand new house, brand new carpet, now full of chewed up, shredded spots because little cat was an idiot. the stress of not selling the old house and  of the new house being destroyed by a seven-pound piece of crap cat were too much for me. i packed up little cat and took him back to the pet store from whence he came and walked away. it killed harper for about a day and a half, which killed me (and was even worse because, like everything else in life, i was left to deal with it alone), but she got over it and my carpet will no longer be at the mercy of little cat teeth. granted, it looks like shit in about five different places, but oh well. it's just money, right? 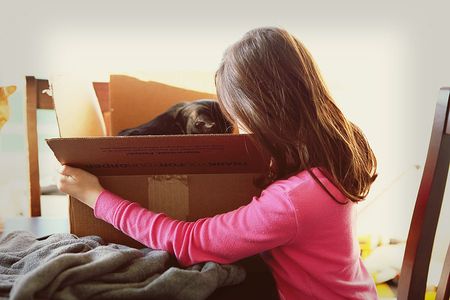 so all of that, plus some other things, led to a really, really bad week last week. we're still stressed out about the house, but have decided that we'll give it until july - hard stop, and then we go the rental route. maybe we'll specifically look for someone who wants to run a meth lab out of the bathroom and cross our fingers that they burn it down for us.

i'll get back to fun stories and pretty pictures soon. i'm working on a list of resources for the new house and will write that up here pretty soon. an amazing about of emails have made their way to me, asking where we got this light or found that sink or what our countertops are, so i feel the need to address that. and maybe i'll even clean the house and post new pix of the place with actual furniture in place.

at least in the rooms that have furniture.

we're still missing quite a few things. because the other house hasn't sold yet. but i already told you about that. so, okay.

Oh, Michele... I am so sorry you are having a rough time of things! Ugh. Stress is no fun! Chin up!

Michelle-even when you're complaining it still sounds great...lol! Hang in there. FYI-if you DO rent, be particular. I AM a renter and have seen what peple do to house...it's crazy out there. Best of luck.
Gina (from the Scrapbook Manor, worked there and was staying there when you last visited)

Oh, Michele. I am so sorry. there is NOTHING like the stress of selling a house. Let me tell you though, that we have GREAT renters in Illinois and it's been a huge blessing. People really need to rent now because it's hard to get approval. You watch them pay down your mortgage and then if you list again in a few years, you're not in it for quite as much, you just never know. It's NOT a bad idea, seriously. (It helps if you can vet the renters of course, but we've been happy with it...)

I would've set the cat in the street. Just sayin'.

The same thing just happened to us!!! Our house was built in 1958 - it's not going to be perfect! Only our buyers decided to wait a week after inspection to get cold feet (after we had just put an offer on our dream house). So klassy. Hang in there!