maybe just january is getting away from me.

i'm grateful for my iphone, because it's way easier to pull it out, snap a quick pic, and carry on. are the photos the same quality as my big girl camera? no. are they better than no pictures? yes.

so i'm good with it.

so here's what we've been doing in january: 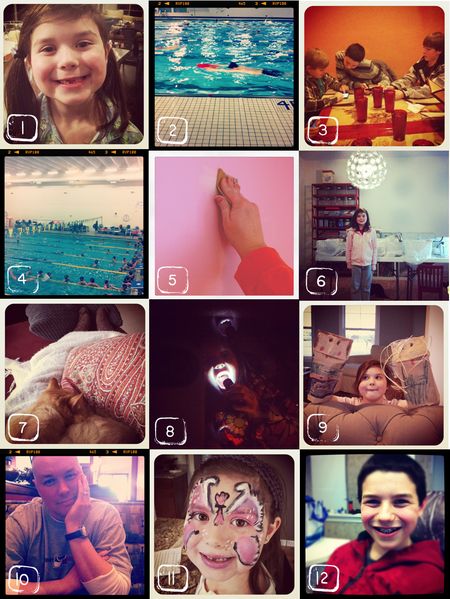 1. harper figured out how to do her own ponytails.

3. we had a thai food double date with dear friends ... and the boys played their itouches the whole time.

4. henry had his first official swim meet and did a great job. starts and turns ... and breaststroke kick ... and butterfly ... need some work. but his freestyle is strong and his backstroke is amazing. so i'm more than proud, and totally excited to see where this will take him.

5. we took the house off the market. then we did some final cleaning/touch-up stuff that we just hadn't gotten around to doing. then we re-listed it. traffic was good the first two weeks, we had a solid nibble, then nothing. and yet the feedback, still, is all positive. the likelihood of turning that house into a rental is becoming very high.

6. i finally ... FINALLY ... started unpacking my scrappy stuff. after harper bugging me for weeks to do it so we could do something arty.

7. i spent my birthday day sitting on the couch, kitty in lap, watching ellen degeneres. pretty great way to spend a morning. i should do that more often. all that "errands and cleaning and unpacking and being responsible" crap is for the birds.

8. the downside of swimming: occasionally, practices are held from 7-8:30 p.m., and when those practices fall on nights marc is out of town, it's a very late night for miss harper. so we do what we can to keep her entertained and cooperative. sometimes that means letting her shine a flashlight into her mouth and then taking a picture of it in the rear-view mirror.

10. a couple of times this month, marc was actually home. and two of those days he was home, he ended up free for lunch. on this particular day, his free-for-lunch day coincided with my day to take my car back to toyota and leave it there. (starting to think my 11-year-old car may not have five more years in it.) so i had a lunch date.

11. we spent martin luther king jr day at a neighbor's house ... she and i chatted non-stop, while her boy and mine played airsoft, and her girl used mine as face painting practice. we all won.

and there you go: january. already.

to set the scene:

about a month before christmas, we started to hear: "all of my friends have a phone," coming from our beloved firstborn. then we started to hear: "if i had a phone, i could let you know if swimming got done early or if i needed to be picked up from someone's house, so you wouldn't have sit there or hurry up because things changed."

he was playing the "it would make your life easier" card.

what he didn't know is that his father and i were already discussing a phone for those same reasons. i don't stay when he has swimming, but in this day and age of a general lack of public and/or pay phones in schools, i didn't want him to be at the mercy of asking strangers if he could borrow their phone, thus announcing his parent wasn't there to get him and he was all alone in the big, bad world.

what he also didn't know is that we'd already been phone shopping. we'd gone over the various options ... cheap phone with no bells and whistles, pre-paid phone, less cheap phone with maybe one bell and half a whistle.

then we realized that we could reactivate marc's old old iphone and stick henry on our family plan. cheapest idea of them all, for the most part, because if the phone was stolen or broken or otherwise incapacitated, we wouldn't be out a dime. the only setback is that henry would be out a phone. which would teach him a lesson.

so christmas came, we sent henry on a little treasure hunt, at the end of which a phone rang while he was standing in his room. he found it, answered, and took 30 seconds to register that he was talking on his present.

needless to say, he was thrilled.

a month later, this newfound "freedom" and "grown-up-ness" the phone has given henry is starting to leak into his view of himself and how he can talk to his mother. he's started "telling" me rather than "asking" me. i don't like that.

this is the text i received from him yesterday, and the text i sent back to him: 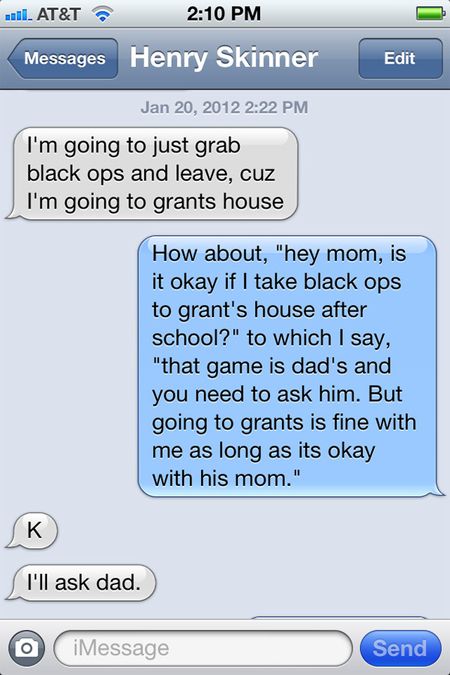 as soon as he walked in the door, i put this child of mine ... who is now taller than me ... in a headlock. had to show him who is still boss.

he may have a phone, but he is still a child. and deferring to mama is something i will demand well into the days of him being a foot taller than i am.

remember a year ago, when marc and i had spring break to ourselves to pack, and we ended up falling head-over-heels for some fancy schmancy couches? couches that totally derailed my plans for white, white, and more white? and then i debated and pro/conned my little brains out for months?

well, in october we decided okay ... we love the couches. even after moving and seeing the finished space we still loved them and knew they were the way we wanted to go.

i was suddenly really, really irritated with these couches.

nearly four months of living in a house without a lick of furniture on the main floor. (remember: no dining room table, no chairs, nothing in the front room, and the crafty room populated only with boxes.) then, soon after, our island stools arrived. then, a couple of weeks later, our dining room chairs arrived. and we pulled the folding table out of the garage. and it was fancy. then, two months later, the dining room table arrived sans leaves. (jury's still out on whether we're keeping it.) and finally, yesterday, after months of waiting and wondering whether we did the right thing ... 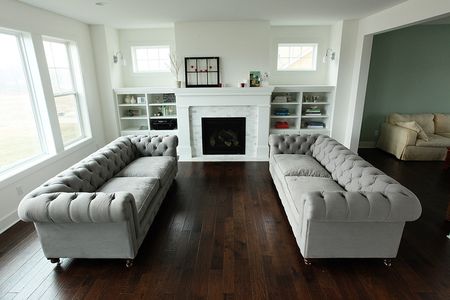 and they are amazing. 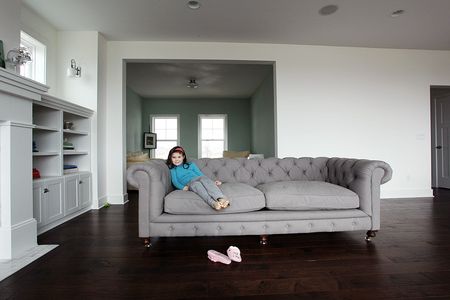 and i'm so glad we went with the 8' size, because it's perfectly proportioned for the room, and there's still breathing room if we ever want two smaller accent chairs.

and i may have sat on one for about an hour and a half last night, reading magazines and becoming one with their amazingness. 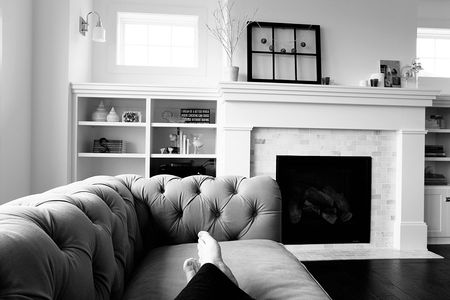 good things do come to those who wait. and now we continue to wait ... for a rug, curtains, a table on which to set my drink ... and the other house to sell so we can get those things. 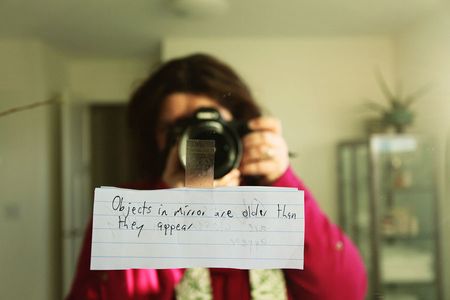 is the happy birthday i got from my smart ass almost-12-years-old-might-not-make-it-to-13-if-he-keeps-it-up son yesterday.

i had already decided weeks ago that i would not, in fact, turn 38 this year. 37 was a good number, i've always had a strange affinity for threes and sevens together, and i was good with not being any closer to 40.

but after reading henry's little note yesterday, i decided to take it as a compliment and make peace with 38.

i don't want to get older, but as long as i don't look my age, i'm okay with that. sure, i could lose some weight - i'm working on that. (let's not mention that i've been "working on it" since the new millenium. i think "baby weight" can no longer be officially blamed when your "baby" is on a ski trip with his middle school class at the current moment in time.) on a good day, i can totally pass for early 30s, and that's okay with me.

i like what i've accomplished in the last eight years. i had baby #2, i got to work for a scrapbooking magazine and later write a book for them, i got to travel, my marriage grew ever stronger and better, we built an amazing house, i raised some pretty great kids ... other than the "baby weight" that i can't seem to shake, my 30s have been pretty awesome. i have legitimacy, i have validity, i have a decent list of accomplishments, and that's not something you can say in your 20s. heck, these days, those are hard things to claim in your early 30s. seems to me, owning 38 is a powerful thing. so, okay.

and on top of that power, i'm edging toward the next decade with nary a wrinkle to my name.

(we won't mention all the white hair on my head. but thanks to l'oreal medium maple brown, i have deniability.) 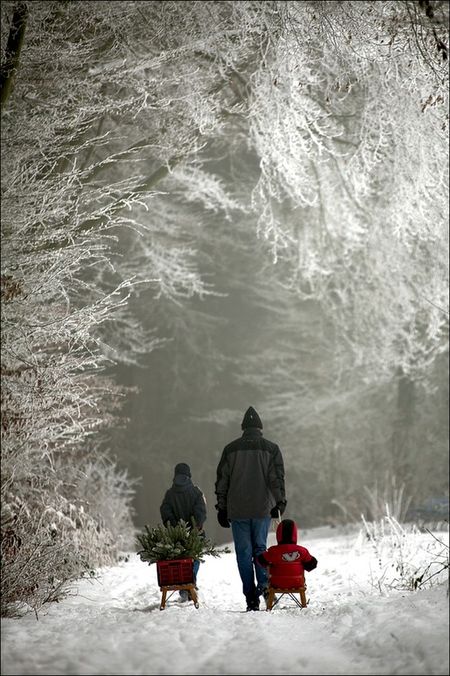 the promise of someday unpacking my scrappy room and making it pretty ... 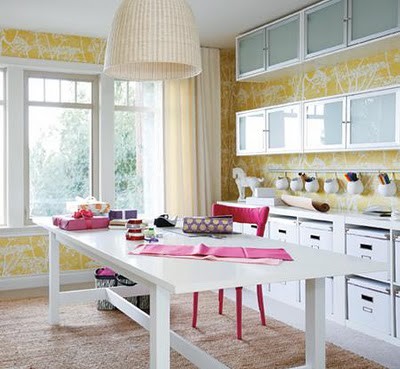 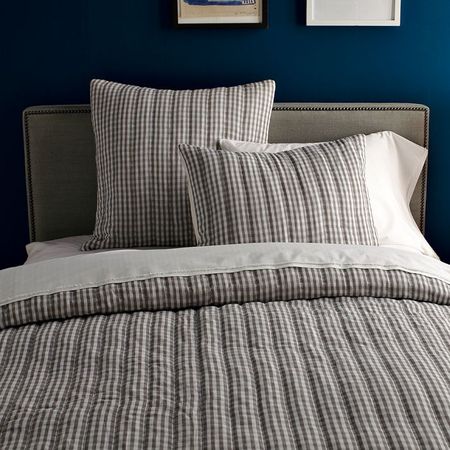 the idea of spring, even though we haven't even had winter yet ... 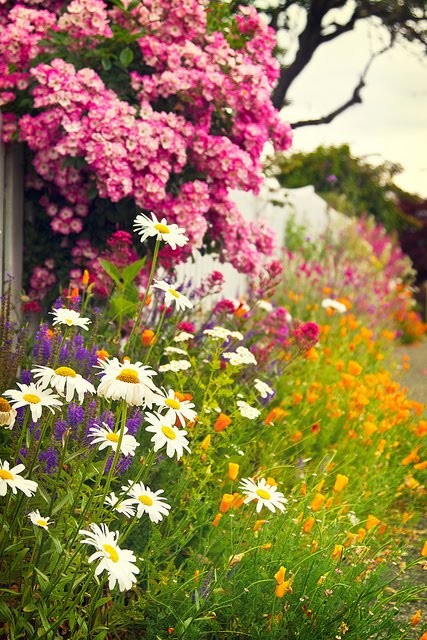 gah. i didn't meet nearly enough of my goals from last year.

looking over the list from then, i have to say that, nearly word for word, this year's list would look the same.

however, this year i'm framing my list not as resolutions or tasks, but as intentions.

*this year, i intend to put good, whole foods into myself and my family. we eat out far too often, and the kids rely way too much on pop-tarts for breakfast. and harper eats like crap at school. i intend to make that grocery list and meal plan stick, and will use that crock-pot more often. and i will involve the kids in making breakfast and lunch, so that they learn to make their own healthy choices. none of us eats badly, but when life gets crazy and the schedule goes haywire, food is the first place where we cut time. i need to be intentional in preparing ahead of time so that schedules be damned ... there is a good meal in the house that's just as quick as a pop-tart. and i'm gonna learn to bake that bread.

* this year, i intend to make fewer goals, and be more intentional in finishing them. one project a month - conceive, prepare, assemble, complete. one thing at a time, start to finish. i find myself all too often starting one thing, then i see something else that needs to be done so i work on that for a bit, then i move something out of the way and find a third thing that needs attention ... you know how it is. no more.

* this year, i intend to slow down my brain ... bite things off in smaller chunks ... proceed with intention and do it the right way. if i'm not ready to say yes, then i say no. less stress. less pressure. less disappointment and frustration. this is the year that i lay intentional groundwork to what comes next, and i lay it strong and sturdy so that everything that builds from here will be strong and solid and good.

and those are my intentions. and i shall print them out somewhere that i can see them daily to hold myself accountable. because if there's one thing i've learned in the past few months, it's that i can't count on anyone else to get me where i need to be. i can't count on the people in my life to pull through for me, and i can't use them as an excuse when things don't work out the way i planned. this is my life, and i will get it together before i turn 40. which is ... like ... five years away still. right. ahem.