i'm not ungrateful. really, i'm not.

i love this house. i'm abundantly aware of how blessed we are. however ... 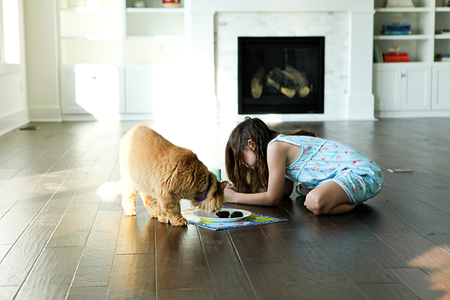 i'd love to have something to sit on.

when you double your square footage, and leave furniture back at the other house so that it isn't completely empty while trying to find a buyer, you end up with the problem of having an entire floor of a home that is 100% void of furniture.

for the past two weeks, harper has eaten breakfast on the floor. henry and i have eaten it while leaning over the counter. i eat lunch out of one hand while wandering around and unpacking or cleaning or making lists, etc., with the other. dinners we drag down to the basement to sit at our dining room table from the other house, then after dinner we drag it all back upstairs again.

at some point, a plate is going to get dropped on the new carpet. i can feel it.

(we've been eating a lot of white meals.)

rumor has it we'll have a table next week. and chairs about a week after that. and maybe some sofas by thanksgiving.

however, that little expensive truck fiasco two months ago took a bite out of the furniture budget, as does having two mortgages. so things will come together, but they will come together slowly. and i can be patient. really, i can. waiting on furniture is the easy, expected part.

the not so easy part is the still waiting on counter tops for the kitchen and bar in the basement. still waiting for the cabinet maker to come alter the cabinet they built around the washer and dryer because it is too deep and i can't access the whole soap drawer. and now we need a drawer front replaced and repainted because harper disobeyed the other day and i used bad judgment and after washing her feet in the bathroom sink she tried to jump down and her skirt caught on the drawer knob and pulled the drawer totally out and it landed face-down on the tile and split the drawer front in half. and we're still waiting for the fix-it guy from the movers to come fix all the dings and divots the movers put in the walls and banisters, etc. we're waiting on lots of stuff to be finalized.

i realize these are first-world problems, and i realized that this house will be amazing, but there is something so inately stressful about everything right now ... all the "unfinished" and "who-knows-when-it-will-be-done"-ness. on top of which i've been busier than expected with photo shoots, and my computer is still not recognizing the file server so i can't actually access these photos. and marc isn't home to fix it. and even when he does get home, he can't do anything to fix it until HIS computers are up and running, and that can't happen until we replace his desk. because the movers broke it. and it's unfixable.

and i'm lonely. and the kids are missing their dad. and when he's home for 48 hours, we're non-stop busy the whole time trying to get done whatever we can in that short amount of time, and "hanging out with the family" isn't making the cut.

this snowballing, domino-effect-ing, can't-do-one-until-we-do-the-other stuff is wearing on me. but i *am* looking at the big picture. i *am* counting my blessings. i *am* aware and appreciative of it all. i *am* getting through and making it work and keeping my keel even. just right now i need to say that the end of my rope is fast approaching. and it needs to be okay. we all have our ropes, they just aren't all the same, right?

Hey you! I was just thinking about you this afternoon so I'm happy to hop on here and find an update from you. I'm sorry you are in such chaos and loneliness right now. It sucks. And it's okay to say it. Your house is gorgeous but loneliness and chaos still suck! I hope things will be on the upswing soon!

And here I was hoping you were fully in your new house. . . sorry things aren't flowing as easily and quickly as they should. I hope that your old house sells this week and that you are able to finally get the missing pieces filled quickly!
You are a lot stronger woman than I am, that is for sure. I would have gone batshite crazy on someone by now!