(on a sidenote: a high school friend was asking about baby names the other day on facebook. he wants to name his daughter a specific series of names so that her initials are L E G O ... how awesome is that?! his wife is not so much on board ...)

a few months ago i saw an ad for the lego kidsfest that was coming to town and immediately got tickets. in our house, legos are a bit of an obsession. henry loves to see how fast he can build these amazing sets, harper loves to build little stores and houses, and marc can sit for hours constructing incredibly detailed spaceships. and i get to find little pieces all over the house and put them away.

kidfest finally arrived, and we spent several hours wandering through all the displays, doing all the projects, taking part in all the activities. 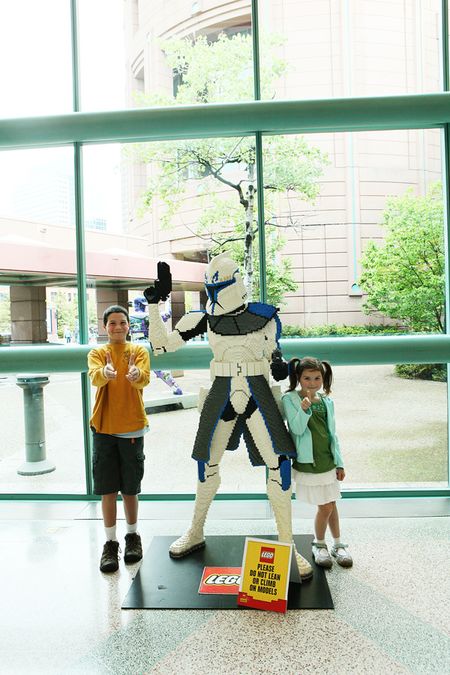 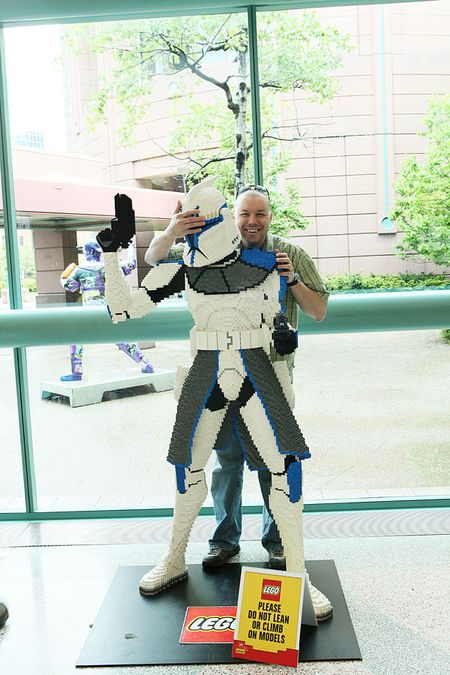 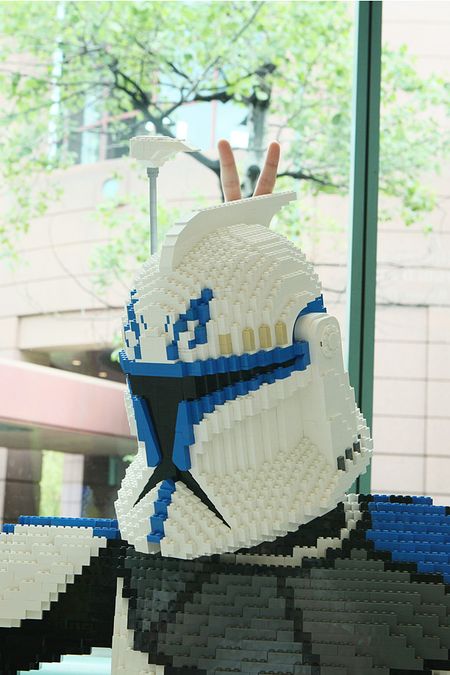 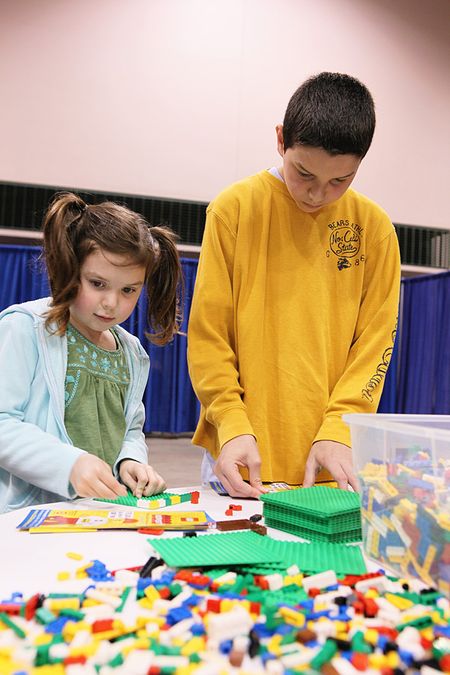 upon our arrival, the first station was the creation nation, a map of the united states filled in completely with small installations created by the kidsfest visitors. 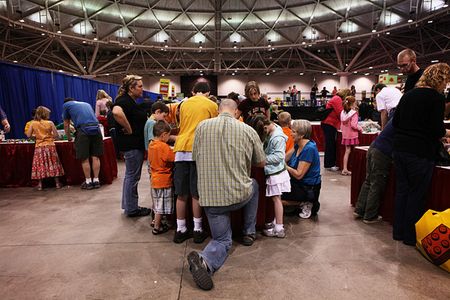 everyone made their own contribution, then we got up on a long bridge to watch where the pieces were placed on the map. 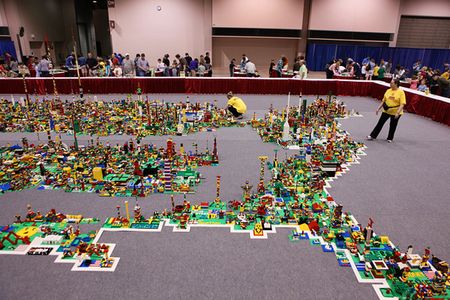 there were some really amazing pieces that took the builders hours to construct. 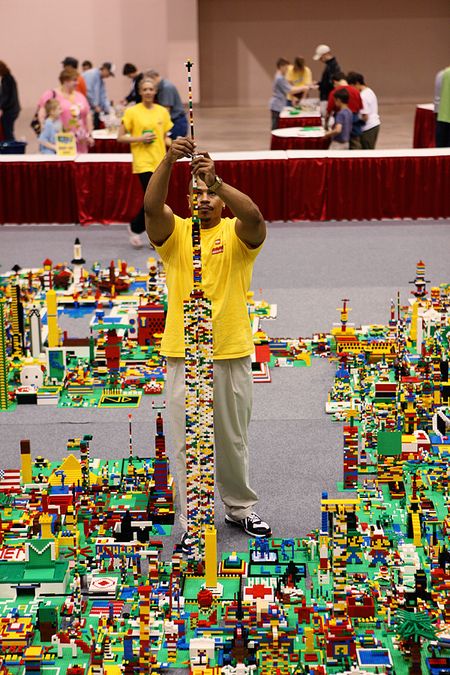 we then wandered through the valley of dioramas ... amazing little scenes created by mushing together any and all sets and characters and creating a sort of "where's waldo" effect. we could have spent hours looking into these boxes and finding all the random, entertaining elements. 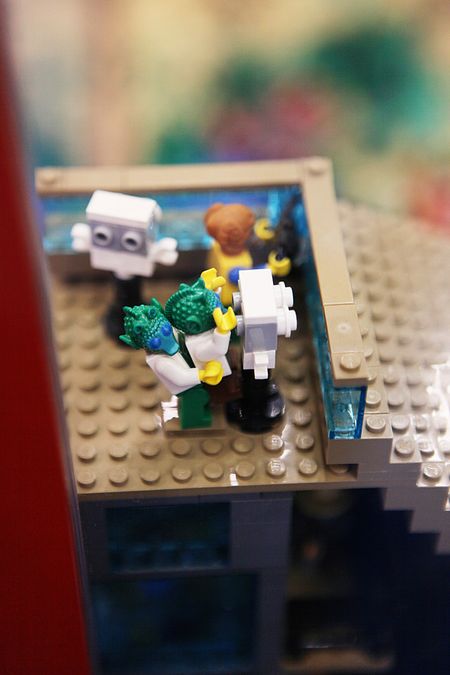 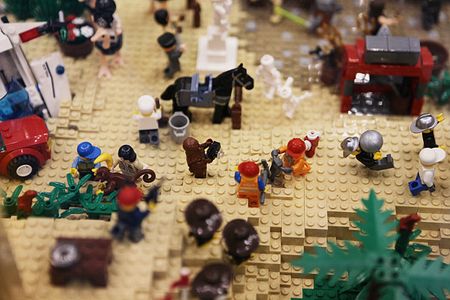 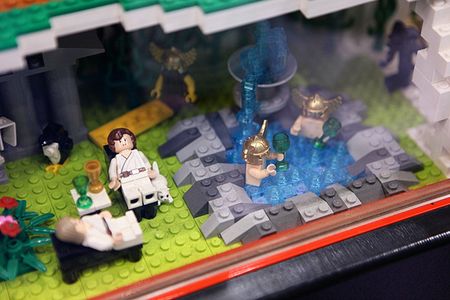 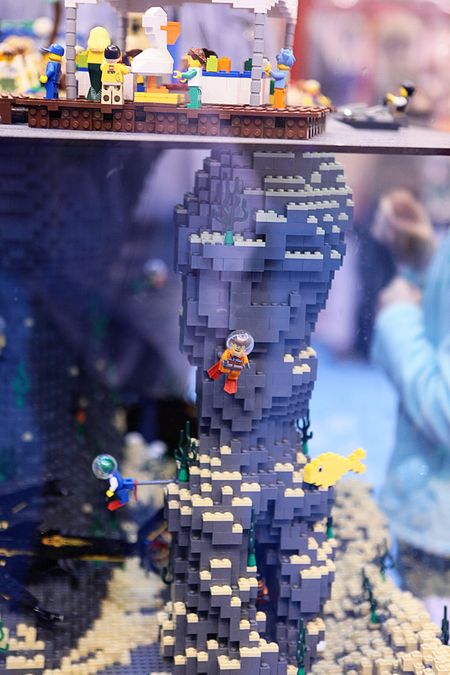 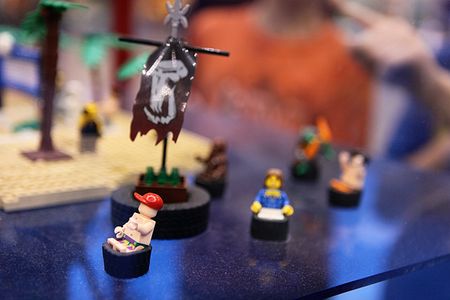 or a wolf who doesn't appear too happy to be poop-scooping ... 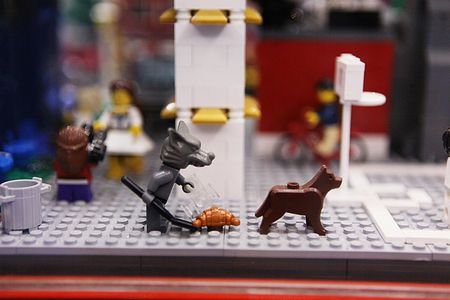 then we walked throught the forest of life-sized figures.

the harry potter characters were awesome: 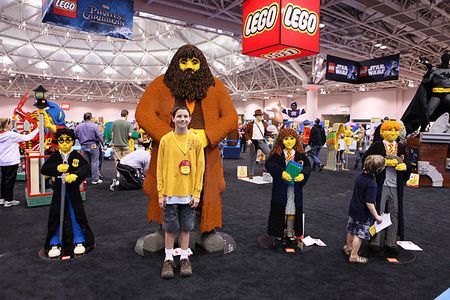 henry really wanted his picture taken with a droid: 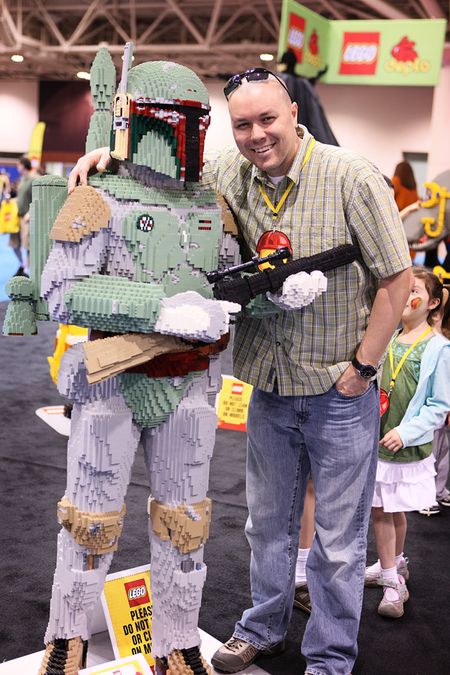 i saw indiana jones and said, "ooh! i need my picture taken with him!" which my family promptly ignored and wandered way, further reinforcing my superhero ability to be invisible. so i made my own damn picture: 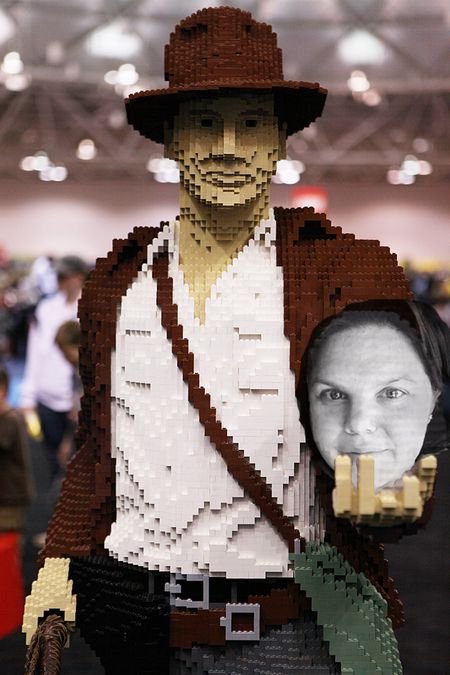 and then i obliged my daughter's wish to have her picture taken with a rock monster: 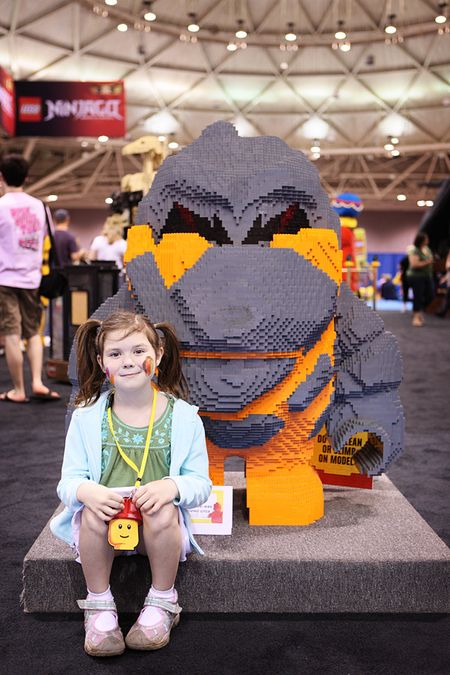 after that, marc and henry went to a monochromatic brick table, and harper and i headed to the mosaic wall.

at the mosaic wall, each person was given a small square base with a color code printed on it. at each table were buckets of single-space bricks in the colors needed to complete the mosaic. 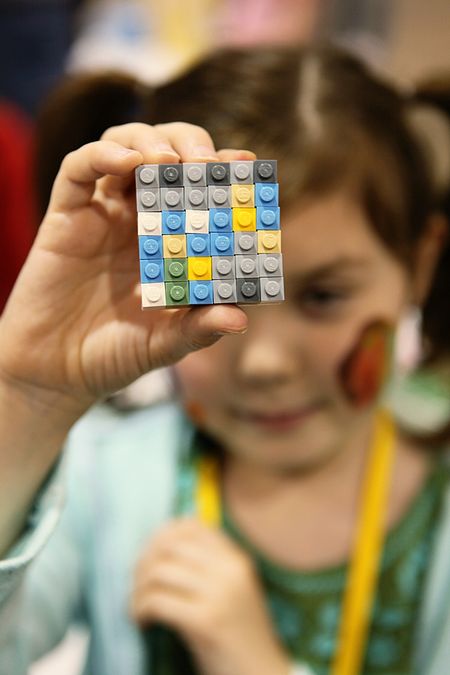 once the base plate is complete, you take it to the mosaic wall and find the space on the grid that corresponds with the code on the back of the plate, and place your piece. 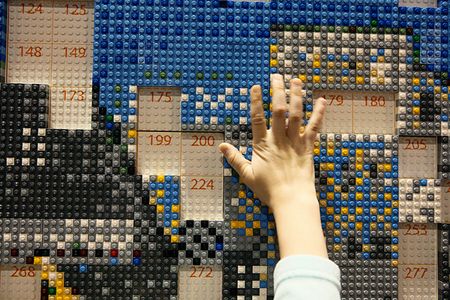 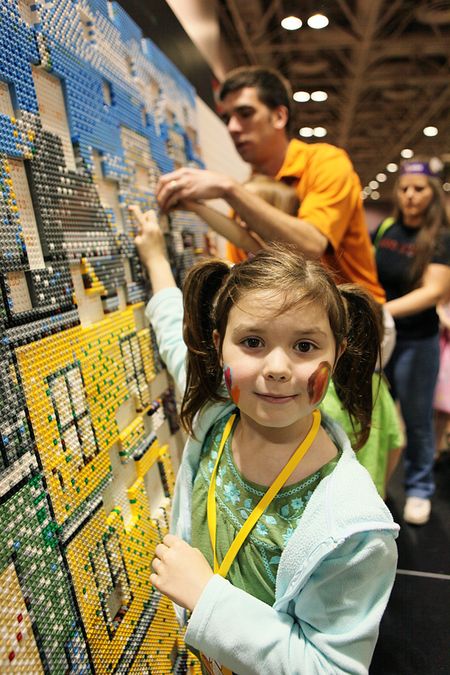 then you step back to see how your small piece contributes to the whole: 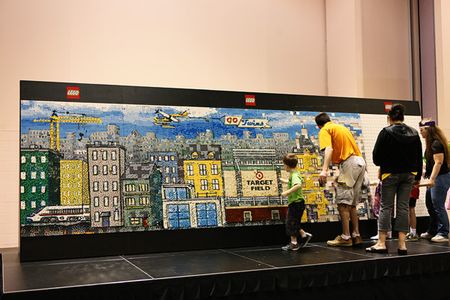 over at the blue table, henry had constructed a large tower with a moveable elevator that slid up and down the outside of it ... 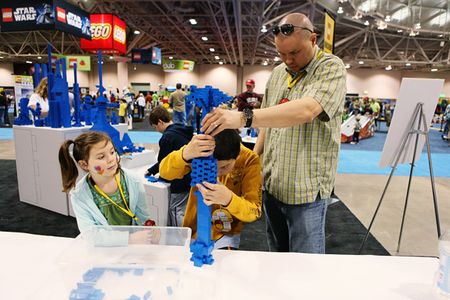 which quickly caught the attention of several people. 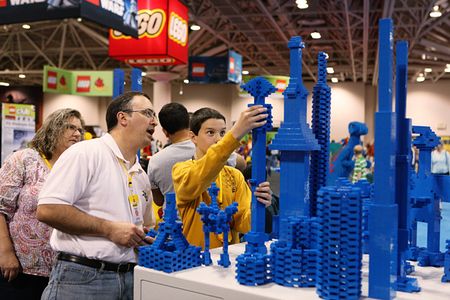 a little more wandering, some race car building and racing, more monochromatics, a table set with things built by the local lego club (of which i think both of my boys need to be a part), then one last glance at the progress on the creation nation ... 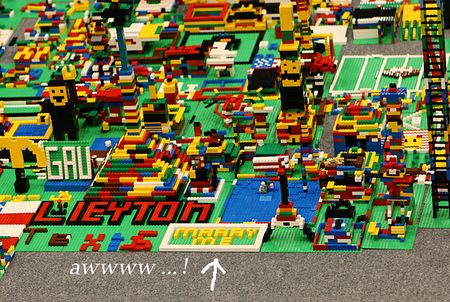 (don't you wish you could have seen who built that and what the reaction was?!)

and then we were out of there.

it was a fun morning, and the kids left the convention center inspired to run home and play with their own legos. which then gave me a quiet afternoon.