let's talk about sofas
need to figure this out and get it out of my system already.

today is the last day ... officially. friday was the last day for real, though. saturday was spent in the car for 10 hours, driving to wisconsin to pick up the kiddos. today, kiddos are home, henry needs to spend a little time on a project that's due this week, things are back to normal.

but we all had a great week.

the kids had a blast with the grandparents, much more fun than they would have had here with us, trying to clean and purge and pack around them, telling them "not now," "in a minute," "you need to wait." trust me when i say they had a much better time being banished.

truth be told, so did marc and i.

the amazing thing is that as of this past thursday, we have officially been together 18 years. next year will mark the point at which half of our lives have been spent together, and the other half was spent trying to get to each other. (have i ever told you that our paths crossed four different times, from the late 80s to the year before i started college ... and marc grew up in south america? the universe definitely wanted us together!) every year from then on will just be us showing off.

we discovered this week what we suspected all along: we'll kick butt as empty nesters. we LIKE each other. we are best friends. we work well together, and laugh, and chat, and make out, and enjoy each other's company. possibly more now than ever before in our relationship.

we got engaged in the middle of my senior year of college. we attended pre-marital counseling with our school's chaplain and had to take a myers-briggs personality test. at the next session, the pastor sat down in front of us with the results, and before going over them he said, "are you two really committed to making this relationship work? you need to decide that now and stick to it." marc and i looked at each other, giggled, looked back at him and said, "of course! why?" he pulled out our results and told us that in all his years of counseling, he had never seen two people whose personalities were more opposite. on top of that, marc's numbers were so extreme that, the pastor said, if anyone in the relationship was going to be flexible to keep the peace, it would have to be me, because my numbers showed more ability to move.

(now that i think back on it, we went to school at a small, church-sponsored college in a small, conservative indiana town. the pastor could have been blowing smoke up my ass to challenge me to take on a more "traditional" role in the marriage, since up to this point i was pretty clear that i view marriage as an equal partnership. i wasn't going to be fetching anyone's slippers.)

anyway, i have to say that over the past 18 years, we've BOTH changed. we've worked together to pick up slack where the other person couldn't, take the lead when the other person needed it, say what we mean without being passive-aggressive (me) or oblivious (marc). we challenge each other and encourage each other and support each other, and in many ways, being so different at the beginning has morphed into meeting in the middle and becoming quite like each other now. for better or worse.

case in point? on one of the days of our "spring break" marc declared, "i'm taking you to the range."

he packed up his gun and targets, pushed me into the car, and off we went. i've never been to a range in my life. i've never shot anything more powerful than a nerf gun in my life, i'm a *liberal* ... but there i was, in ear protection and safety glasses and pink striped socks, gun in hand, being instructed by my soulmate on how to load the clip, hold the gun, shoot. a real bullet.

the first shot scared me to death. i had no idea what to expect. but amazingly, i hit the target ... and within the limits. then marc told me to relax and breathe, and i realized that shooting a gun is like shooting a camera: you aim, prepare, mentally zone in on your target, plant your feet and hips, exhale ... then shoot. and the rest of the clip was emptied into the black zone of the target, albeit quite slowly.

then marc moved the target about 40' farther out and filled up the black zone in rapid fire. so much for my little victory.

but it was fun, sharing something he loves and trying something waaaaayyyy out of my comfort zone. i shot three rounds, then sat back and watched him go at it. and despite those darn liberal tendencies, watching my 6'4" husband shoot a gun while wearing camo cargos ... head freshly shaven, face not shaved for days ... is seriously hot. holy cow. 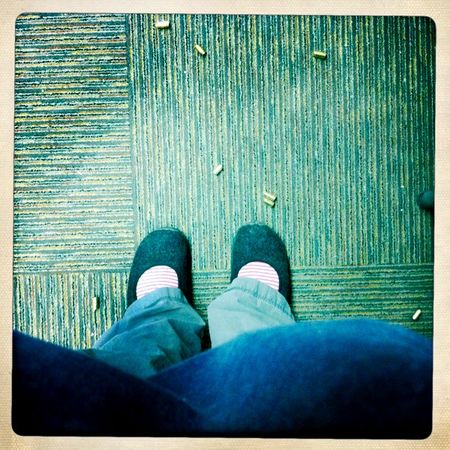 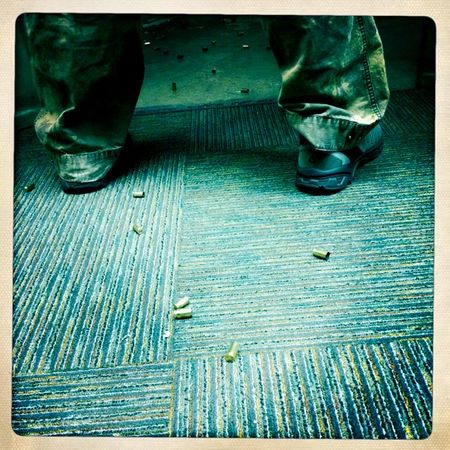 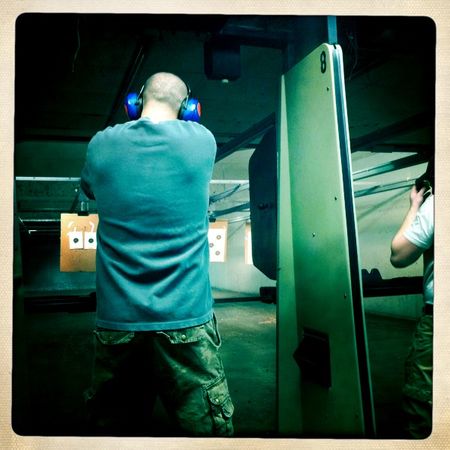 and the best part? after we'd gone through the boxes of ammo and were walking to the car, marc said, "let's go grab thai and sit on the sofa again." 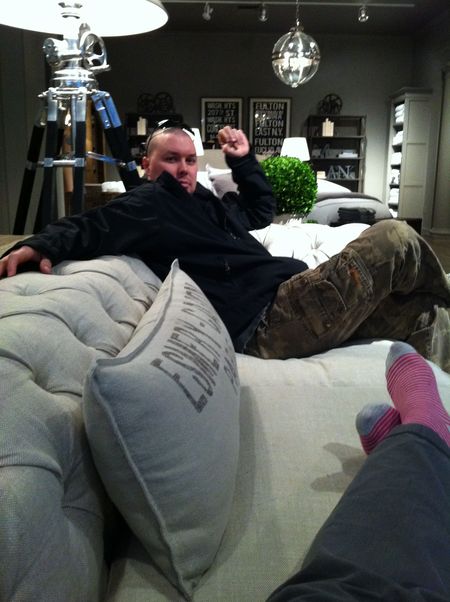 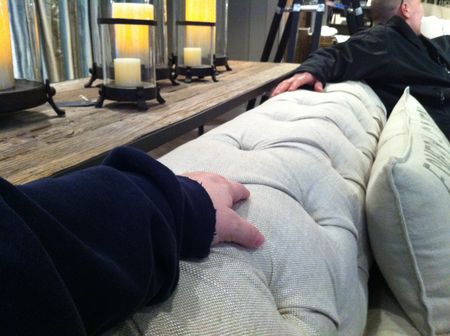 and we spent half an hour talking to the design person at the store about the sofa, measuring and looking at fabric swatches. and we had just as much fun doing that as we did shooting.

that's what 18 years give you, baby: the ability to shoot guns and talk sofas, without either person rolling her eyes or looking at his watch.

but now our week is over. the sun room is full of packed boxes ... 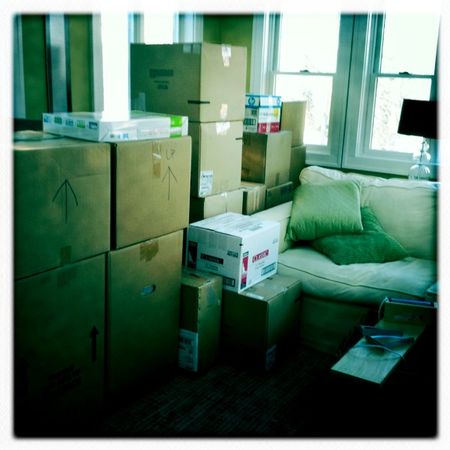 we met with the stager and were told that we are in great shape, we have a great house and shouldn't have trouble selling. and now april looms: with many work trips for marc, much house-prep loose-end-tying-up for me, the contractors coming out to do the insurance work, a little trippy-poo on red hat's dime to this amazing place for president's club ... 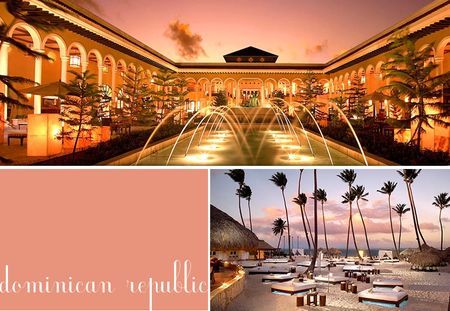 and then we start digging in our dirt. finally. one year after buying the lot then waiting and saving, and two years after first eyeing the lot and feeling like we'd found our "home."

and we enter this month of insanity refreshed, ready, happy, and eager with anticipation of what's on the horizon.

and that we're getting there together.

This post made me smile. Good luck with all of your upcoming excitement.

I agree with above. The post made me smile. So refreshing hearing about a strong marriage that is realistic in it's expectations of each other. Love it!

You always inspire me with your writing and your designs - amazing!

(Tiffany way back when from DTT board)

i love when the little things show that the big things are perfect. =)

"have i ever told you that our paths crossed four different times, from the late 80s to the year before i started college ... and marc grew up in south america?" --- If you've told this story in your blog I can't find it. And I'm interested in hearing it. :) I live just outside of Grand Rapids (MI) and love going to Grand Haven. We found a park just north of Muskegon called Pioneer park that we love to camp at.