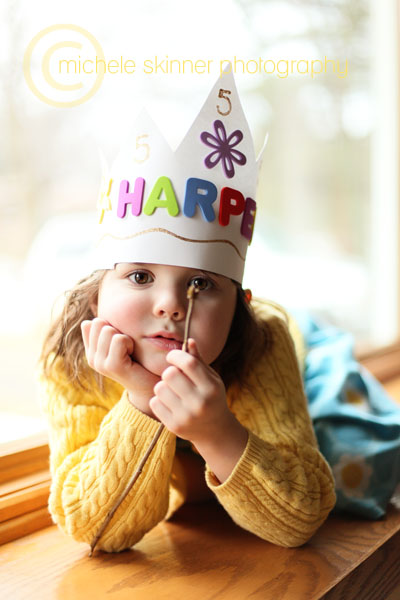 this is my BABY we're talking about. she was supposed to be little longer. but she isn't. she's big. and SOOO full of personality it isn't even funny. 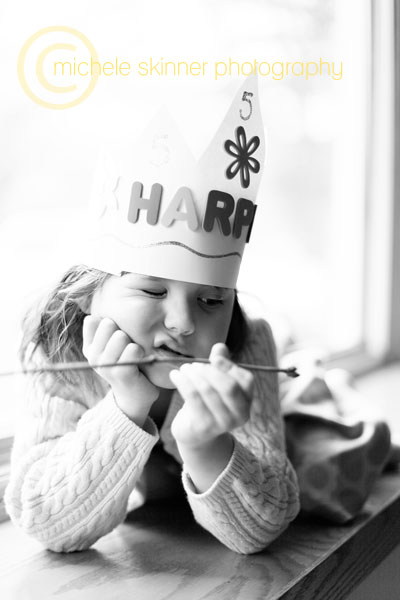 it's amazing how differently a parent can love each of their children. this one, she makes me laugh. like crazy. it's just the lightness that is around her. so much like her dad, actually. the way they both just sort of make a face and shrug off life. i admire that like crazy and wish it was a quality i possess.

unfortunately, her birthDAY today was a little crazy, so we celebrated family day yesterday. 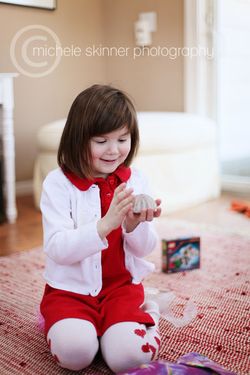 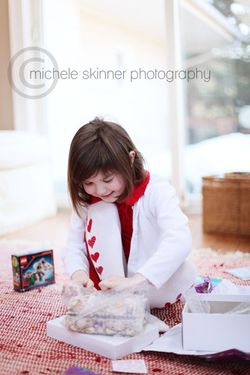 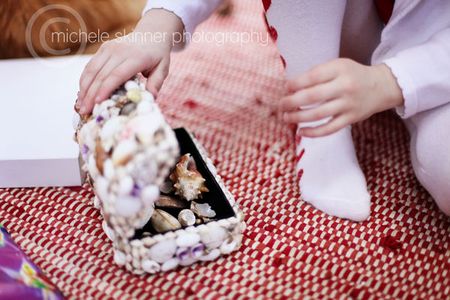 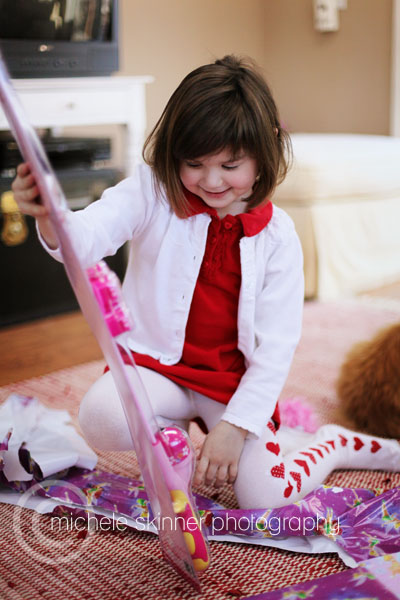 then there was henry's gift. harper opened it so fast and squealed so loud and moved to flatten henry with a fierce hug so quickly that all i caught was a blur mid-tackle. 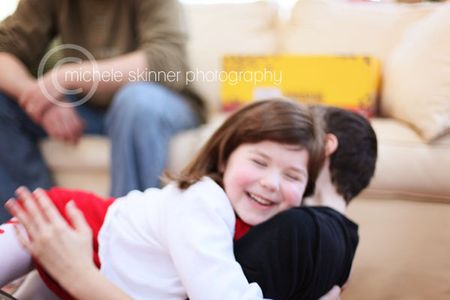 for harper, the sun rises and sets with henry.

we got her boring stuff ... fancy nancy book, biscuit book, dress and flip flops, mermaid barbie (she liked that one). and then it was off to dinner of her choice: chevy's. why? sombrero. just like henry on his birthday. 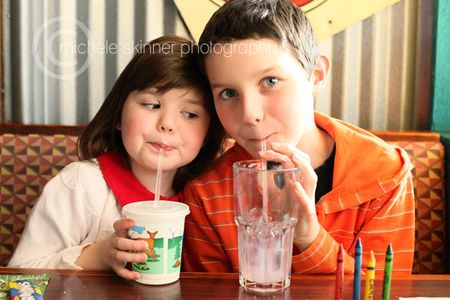 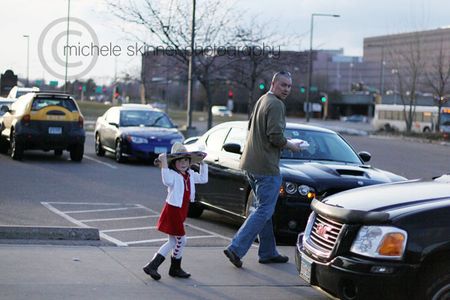 this morning, daddy had to head out, so it was a girl day. she took chocolate chip cookies to school and got a special birthday crown from her teacher (see first pic). after school, i asked her what she wanted for her special lunch.

so low maintenance, this one.

so that's what we did.

after that, we had an appointment at a salon for harper to get a buff & polish. she's been asking for a real manicure (apparently, i suck at it) for awhile and i kept telling her that she could for her birthday. so i had to pony up for it. 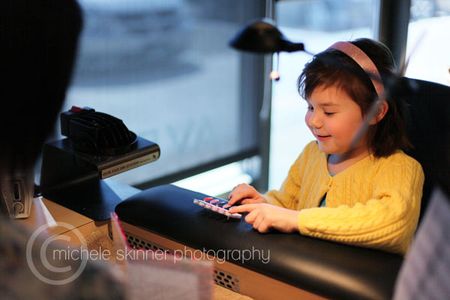 of picking her own colors (pink and gold), 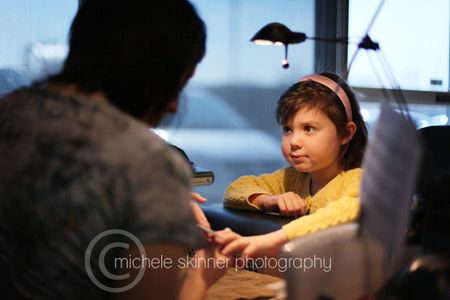 having grown-up conversation about nail polish, 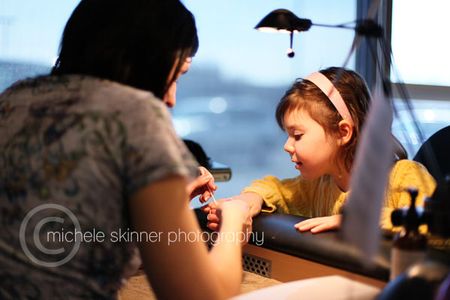 of getting all buffed up and shiny,

of having beautiful nails, and a special little flower stuck to one of them. 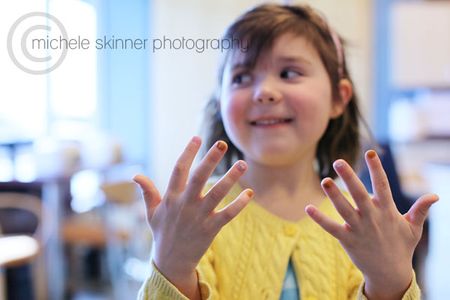 after that, we picked up henry, hung out, had dinner, and then i pulled out a surprise small piece of cake with a frosting flower on it so she could have a candle to blow out on her birthday.

she loved the surprise, and took her wish-making very seriously. 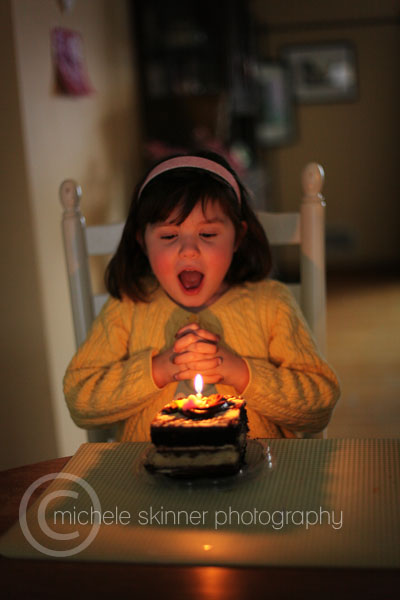 look at that face. don't you wish you knew what her wish was?

the only flaw in the day was marc's absence, but otherwise it was a wonderful day with my little, big five-year-old. my heart, my joy, my love.

Happy Birthday to Harper! Look at all the fun that was had, oh my! I LOVED her expressions with all those gifts. A manicure?! Ooh la la! That last image is just priceless...love her little hands!

What a beautiful recap, Michele!!!!

Wow! She has grown so much! That is crazy. How does this keep happening to these little children??

gosh, sooooo sweet michelle. it only gets better, you just have to know that ;)

What a fantastic post! I love all the photos - such a great capture of the day and the happiness and all that a birthday should entail!

Oh I LOVE this recap...LOVE all these darling photographs...my youngest is 7 and still loves for me to paint patterns on her fingernails...and also LOVES Sea Shells...what a fun day!
xo
Loves,
K