the day he took to the slopes

you may remember from the last post, henry got snowboarding lessons for his birthday. he's been asking to learn for two years, and we decided the time was right.

yesterday was his first three-hour session - he has two more to go - and to say that he loved it would be an understatement. 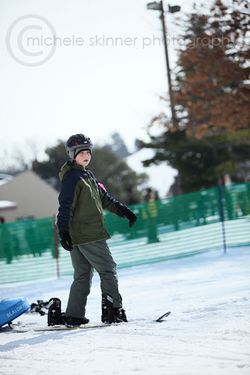 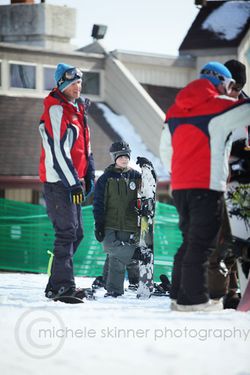 we got to buck hill 45 minutes ahead of the lesson so he could get the right size boots, bindings, board, and be ready to go. unfortunately, we didn't have the right kind of helmet for him, so he had to slap his bike helmet over his hat. didn't quite fit, but oh well ... better than nothing, right? it seemed silly to buy a helmet if we didn't know how he would do and whether he would like snowboarding.

(now he's planning to use his birthday money to buy a proper helmet and ski goggles. to part with his own money is high praise.)

the group spent the first hour on a relatively flat section, getting the feel of sliding, turning, stopping. just getting comfortable on the board. 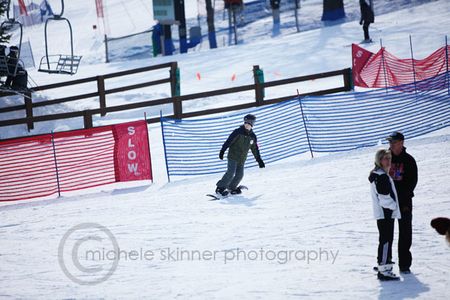 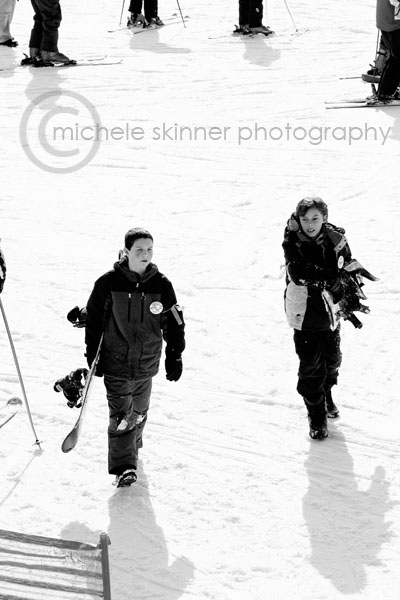 then they headed in for a snack, brief rest, and then to head up the "magic carpet" (moving sidewalk) to an intermediate hill to keep working on those skills and see how the kids could handle a longer run. 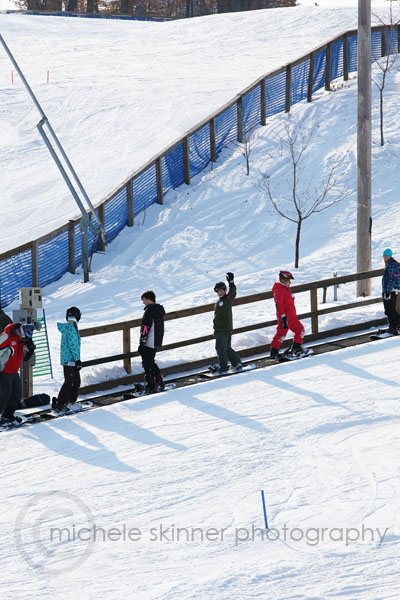 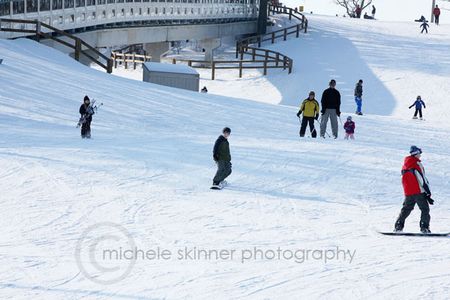 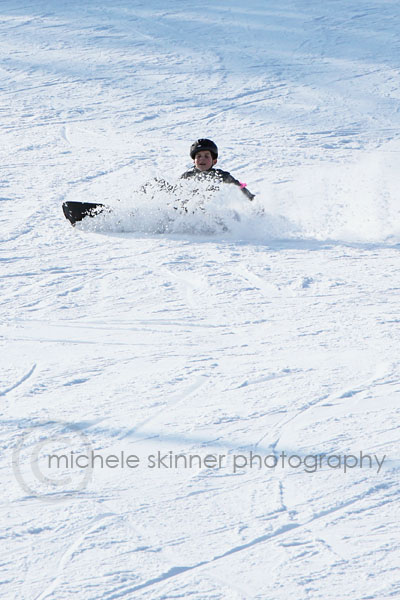 (he chooses to drop instead of turn, so that's the skill he needs to focus on next week, i guess.)

it was so great to watch him. he really took to it, his form looked great, and he seemed so natural and relaxed up there. marc and harper joined me at lunchtime, and we ate in the chalet and then continued to watch henry's progress from the balcony. the weather was so nice and the sun was warm, and we had a lovely time. i didn't even need a hat, which, i understand for non-minnesotans would mean a 50 degree day, but for us the mid-30s feel downright balmy right now!

at the end of the lessons, i signed henry out from the instructor, and henry asked me if he could ride the lift up to a higher spot and board down. i was amazed at his confidence, and asked the instructor if he could do that and was ready for it. answer? a shrug and, "sure. why not."

um, cuz this is my firstborn?! but, okay. i've got to trust him and let him go at some point.

so off he went. 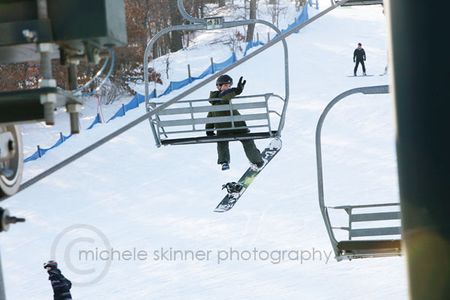 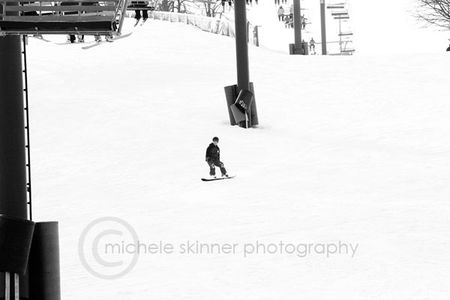 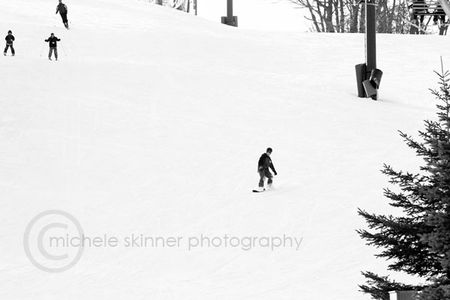 he did awesome on both runs and had so, so much fun. he was really proud of himself. 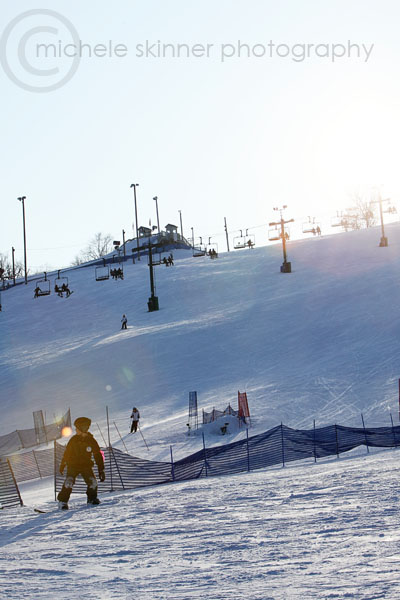 and in typical henry fashion, snowboarding was all he could talk about for the rest of the night. 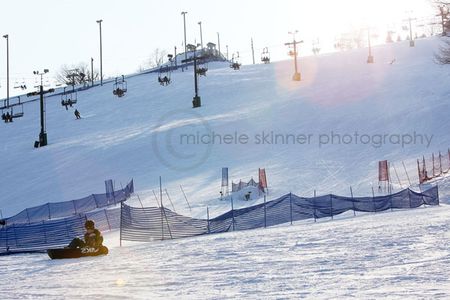 which, for him, is the highest form of praise for anything. 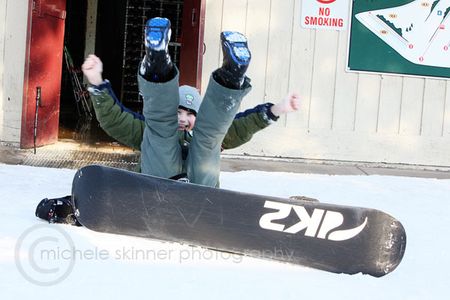 can't wait for next week!

Wow, I'm so impressed! Snowboarding is the hardest thing I've ever tried. In college I took a class at Hyland for a PE credit...after 3 weeks I was nowhere as good as Henry. You must be so proud!! He's a total natural!

that is awesome. love it when kids find a passion and embrace it. =)

looks and sounds like a great day for everyone =)

love the images!!! i miss skiing and snowboarding. When we moved from CA to Texas I thought I'd miss the beach the most...turns out it is the mountains.

When I saw your post on Facebook about heading to lessons I thought you had the perfect day to hit the hills. I am so happy he loved his lesson.

How cool for him!! Great photos too!

Such great pics and so fun! I couldn't do this to save my life!! lol

Awesome style. I would love to write that way.