one of my goals in '10 is to keep up with the 365 project again. i loved doing it in '08, i let it fizzle somewhere around february in '09, and this year i'm committed to being faithful every single ding dong day. there is a project in my head, and by golly i'll do it this year.

however, one of the big deterrents the other times was having to take a pic and post a pic every day. that's just too much pressure. this year i WILL take a photo every day, but i'll post once a week. and if i don't put it in a full-on post, i'll at least add it to the album over there --->

being the seventh day of january, the new year officially turning one week old, here is the first of 52 weekly daily pic shares: 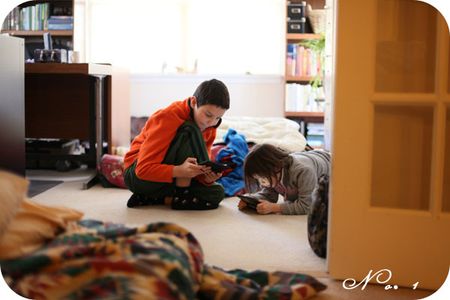 my little tech heads, occupying themselves with "professor layton and the diabolical box" (henry) and "pokemon pearl" (harper), while we pack to head home. 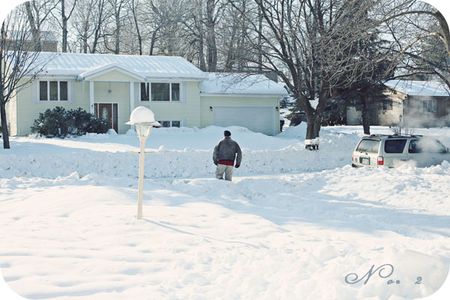 the driveway full of 2' of snow and ice that greeted us when we returned home, thanks to the neighbor not shoveling us out like he said he would. 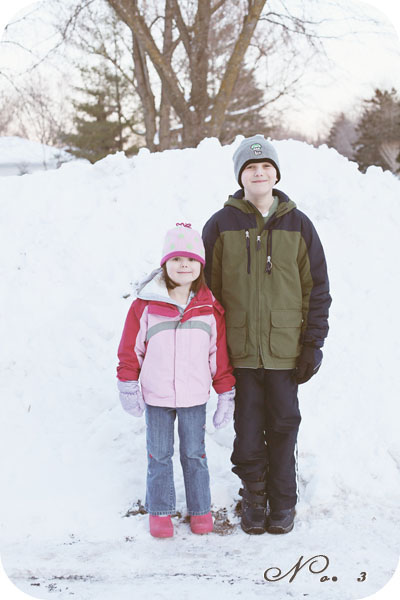 once we found a lifesaver with a bobcat to clear the drive, we were amazed and awed by the size of our new decorative piles. the kalanchoe is in full bloom, with one sassy little orange blossom making her presence known. 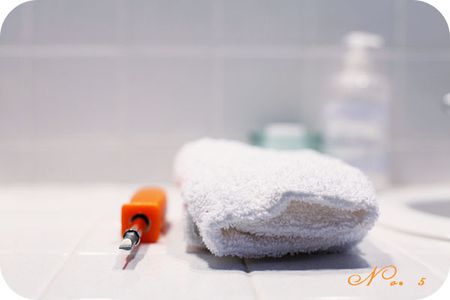 we had a major plumbing issue in the bathroom while marc was gone. i tried to show it who was boss and take care of it myself. in the end, liquid plumber got the assist. 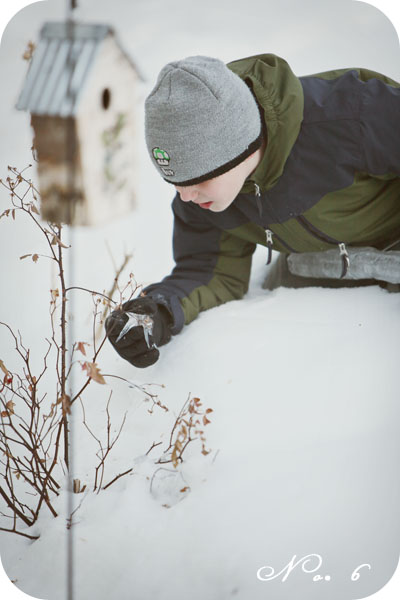 my little science dude was fascinated by the glops of ice sticking to random things under the eaves. 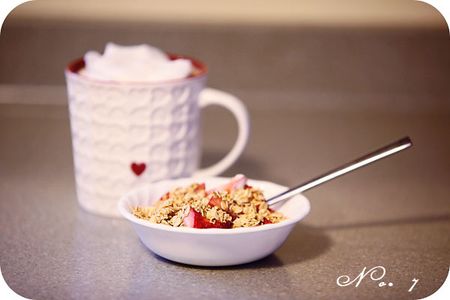 new year's resolution to eat better and exercise is firmly in the "so far, so good" category.

Good luck with 365! Your photos thus far are gorgeous!

good for you - i'm inspired to to a bit more photo-taking myself this year! :)

love your photos - such a wonderful glimpse into your life.

ps : that ds game henry's playing - looks awesome. going to have to show that to my 8yo.

Wonderful photos Michele! Need to challenge myself to take more pics this year.

such great photos! looking forward to your weekly photo posts :)