sept/oct memory makers. a/k/a the last one. ever.
tales of a fourth grade awesome

where we happily turn a deaf ear to all the bawdy things the kids hear just because it's ren fest.

i think i've mentioned before that we love ren fest. we do. it's a given every summer. and this year? it was even better than usual.

2. it was about 65 degrees and breezy, and most people in the state took advantage of that and went to the state fair. we are not state fair people; we are renaissance fair people. so this worked out in our favor. ie no crowds whatsoever.

the juggler, whose tricks were foiled time and time again by the wind, but who had a quick one-liner comeback every time. and gleefully wiped a spit-and-dirt-covered ping pong ball on my son's shoulder, causing henry to smile with pride ... 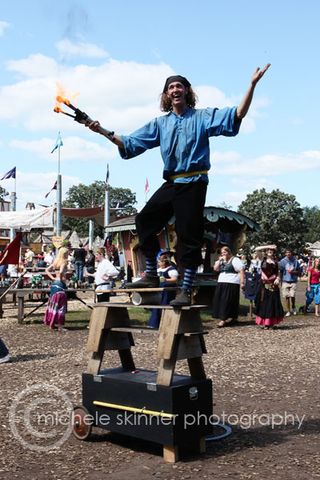 the turtle, who walked from tavern to tavern, carrying his cash on his back and looking adorable, with his squat little flippers and dapper kilt ... 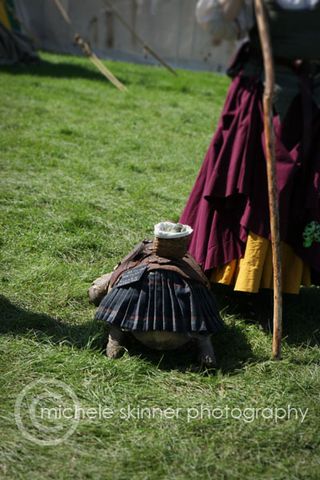 harper's favorite fairy (fig? tig? twig? we haven't yet figured it out.), who gave her a white fairy stone this year, to which harper exclaimed, "now i have TWO colors of fairy rocks!" to which fig/tig/twig replied with a coy little giggle and a song just for harp on the double flute ... the bungee trampoline, which this year sent both my kids soaring into the heavens. protected, of course, by harnesses and a waiver ... 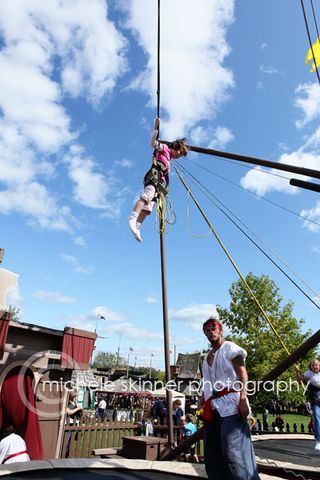 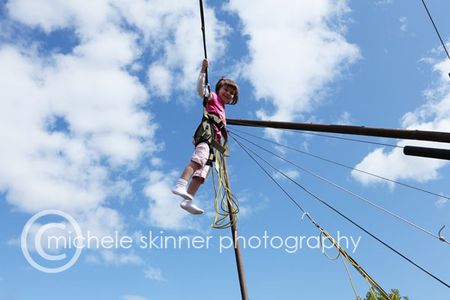 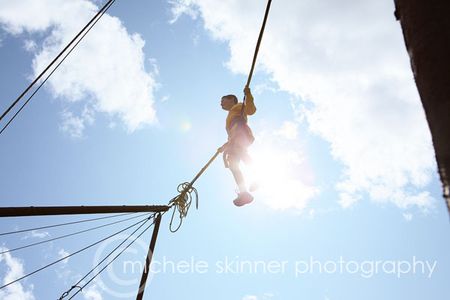 the little horses, which this year my daughter rode sans assistance, thankyouverymuch ... 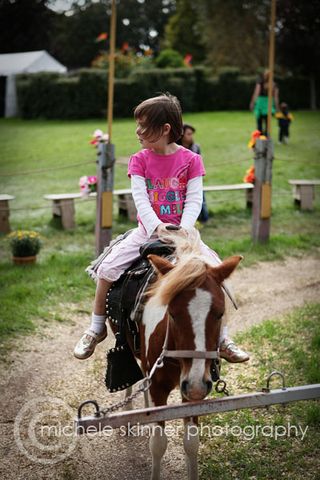 (i take it back. she had a little assistance, from the horse-owners' son ...) 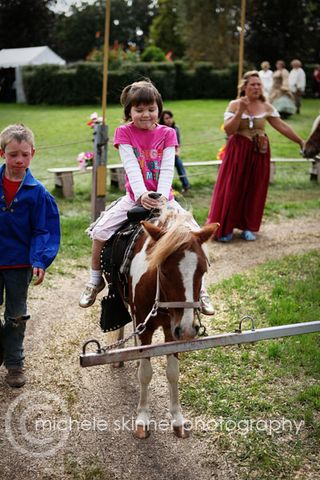 (which only served to make her cheekier than normal ...) 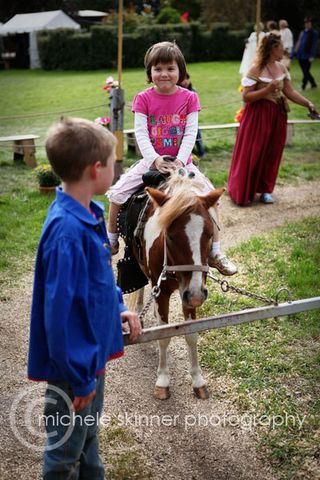 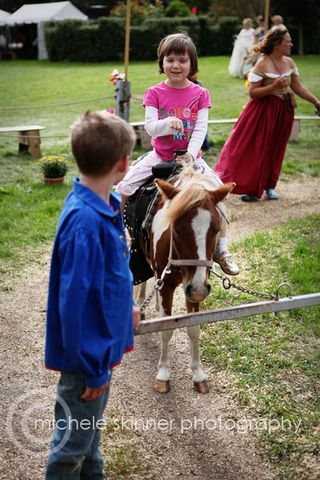 (to which the young lad said, "mooooom ... !!!" and harper replied with blatant mocking.) 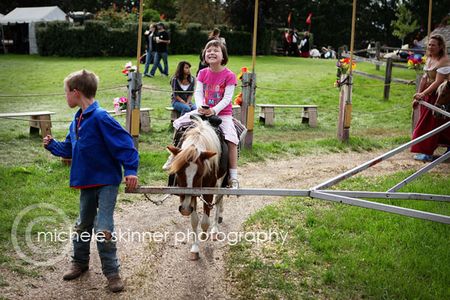 (and then it got downright nasty ...) 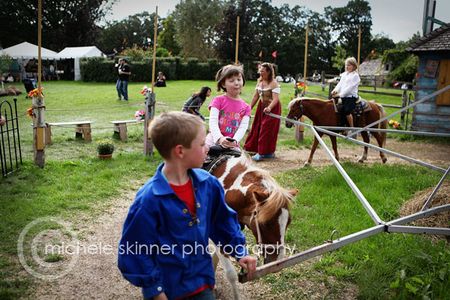 (until i had to say, "harper! sit still and just ride your horse!") 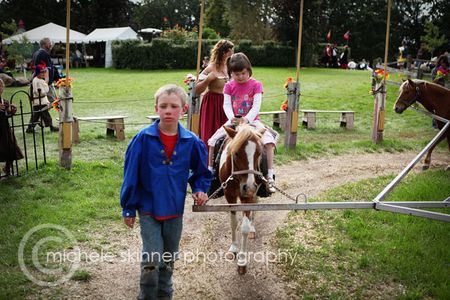 (until the horse in front of her stopped the whole carousel to poop, and that got harper going again. that child is going to be trouble. mark my words.)

we saw some great shows, played some fun games, checked out some impressive wares and trades. 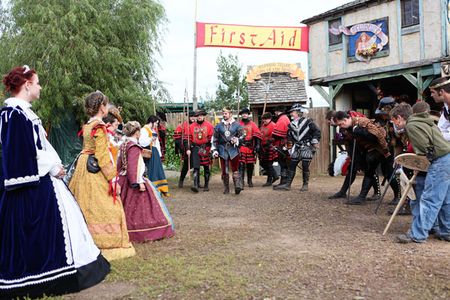 watched a joust or three: 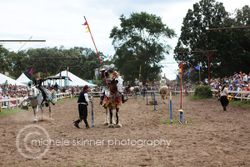 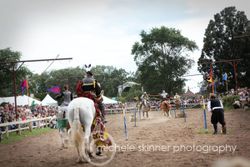 saw a guy carry six feet of ice on top of a stein on top of his head: 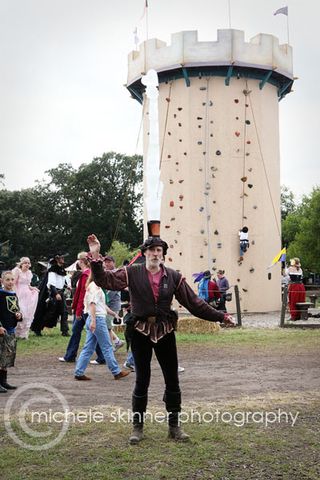 saw my four-year-old throw rock horns at me: 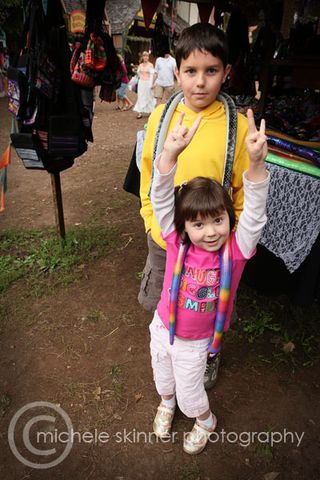 (see what i mean about trouble?!)

... and all sorts of other enjoyable things.

we love ren fest. maybe we'll go again before summer is out. we missed the turkey legs this time around.