bringing you up to speed
i had a dream last night ...

1. we now have a floor (ungrouted) in the bathroom
2. the shower surround tiles are going up
3. the "standard" window has finally been ordered. could be here in three days, could be here in three weeks.
4. Contractor will either be killed or charged rent if he's still here in march. can i get a "hell yeah!"?
5. harper now salutes me. cracks. me. up.
6. valentine's are ready to go ... and i may even mail some to the grandparents.

here's where they started: 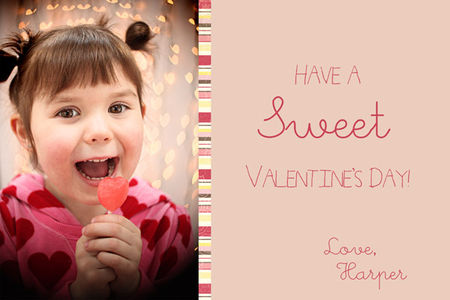 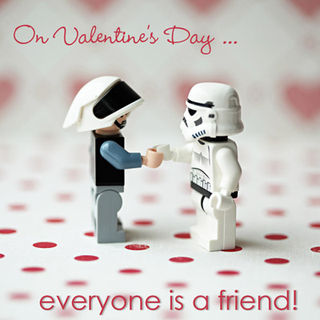 (imagine them mounted on pearly cardstock - a deep rose for harp's, steel gray for henry's.)
the star wars one was all henry's idea. love it.

7. harp is in this "i very, very love you!" phase. i need to figure out how to get it on tape ... it kills me!
8. henry's trying to grow his hair "like the other guys" again. heaven help us. and his little cowlick-ridden head.
9. is it wrong that i hate valentine's day? nothing like being force-fed a holiday. gah. will i still expect sushi and chocolate, though? um ... yes.
10. just felt there should be a 10.

i'll get back to you with pix of tiling this weekend.

OH! almost forgot ... jill paulson of a matter of memories reviewed my book and gave it a truly lovely write up. she's even offering one in a drawing ... but deadline is midnight thursday!! run!!

I hope your bathroom torture is over soon!!!

Remodeling is no fun! At least you have progress! My bathroom floors are still concrete and in an unfinished state...I won't tell you how long we've been in this house ;) LOVE the pictures! Such fun, creative cards!

Love the lollipop photo and the Star Wars image is just too too cute!! Have a great Valentine's Day!

I hate V-day too, although I'll take the night out with sushi (we're going for that too!) and a movie...it's even more akward since we never go out. Saw your book in B&N the other day. Kudo's girl...I can truly say "i knew her when..."

I still think that Star Wars valentine is the best ever...and I still won't be showing it to Robby. ;)